Accessibility links
Azar Accuses WHO Of Failure That 'Cost Many Lives' In COVID-19 Pandemic : Coronavirus Live Updates "There was a failure by this organization to obtain the information that the world needed, and that failure cost many lives," Health and Human Services Secretary Alex Azar says. 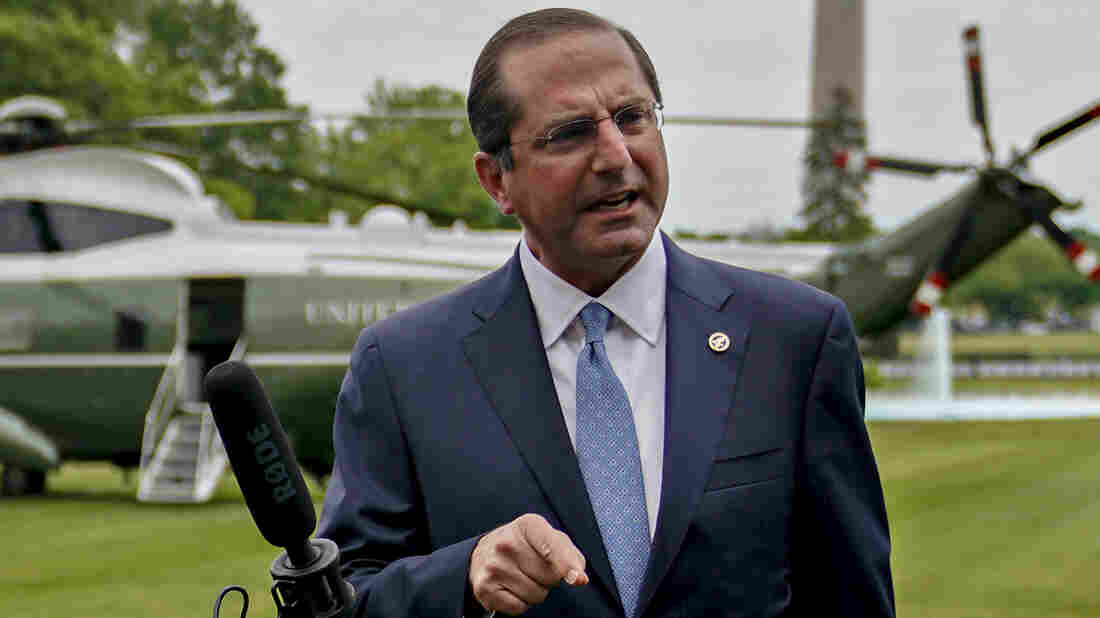 In an apparent reference to China, Health and Human Services Secretary Alex Azar says a member state of the World Health Organization "made a mockery of their transparency obligations, with tremendous costs for the entire world." Azar is seen here last week. Andrew Harrer/Bloomberg via Getty Images hide caption 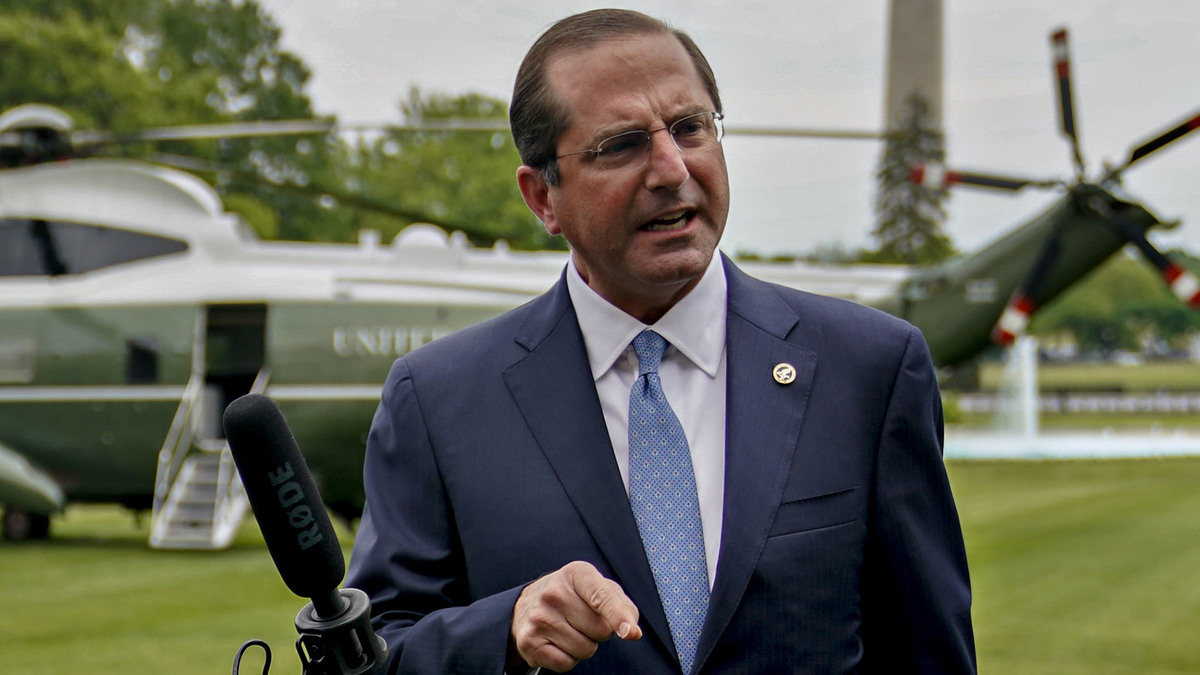 In an apparent reference to China, Health and Human Services Secretary Alex Azar says a member state of the World Health Organization "made a mockery of their transparency obligations, with tremendous costs for the entire world." Azar is seen here last week.

Health and Human Services Secretary Alex Azar says the World Health Organization failed in its response to the COVID-19 pandemic – and that it "cost many lives," delivering a sharp criticism of the WHO at the organization's annual meeting Monday.

"We must be frank about one of the primary reasons this outbreak spun out of control: There was a failure by this organization to obtain the information that the world needed. And that failure cost many lives," Azar said at the World Health Assembly, reiterating President Trump's complaints about the WHO.

"This cannot ever happen again. The status quo is intolerable," the secretary said. "WHO must change, and it must become far more transparent and far more accountable."

The U.S. supports an independent review of "every aspect of WHO's response to the pandemic," Azar said.

Dozens of countries agree with the U.S. that the world's response to the pandemic should be reviewed. But a European Union-backed resolution that could lay the groundwork for a review at the World Health Assembly this week has a broad focus on improving health systems' abilities to fight epidemics, rather than investigating the U.S. accusations.

In his remarks about the WHO, Azar echoed some of the complaints critics frequently lodge against the Trump administration: that it failed to heed warning signs of a looming pandemic, and that its response, particularly a bungled approach to testing, is a key reason the U.S. leads the world in confirmed infections and deaths from COVID-19.

Trump has previously accused the WHO of being overly influenced by China and of failing to obtain virus samples from the country. WHO officials have denied those claims. Last month, Dr. Mike Ryan, executive director of the WHO's Health Emergencies Programme, said the virus was identified on Jan. 7 and that on Jan. 12 the genetic sequence "was shared ... with the world."

Ryan also said, "We alerted the world on Jan. 5. Systems around the world, including the U.S., began to activate their incident management systems on Jan. 6."

The coronavirus has killed almost 90,000 people in the U.S., ravaging the country's health care system and its economy. Two months after widespread shutdowns took effect in many states, the U.S. has now confirmed nearly 1.5 million COVID-19 cases — almost a third of the global total, according to data compiled by Johns Hopkins University.

As Azar delivered his brief speech Monday, he made what seems to be an oblique attack on China, the original epicenter of the coronavirus.

"In an apparent attempt to conceal this outbreak, at least one member state made a mockery of their transparency obligations, with tremendous costs for the entire world," Azar said. "We saw that WHO failed at its core mission of information sharing and transparency when member states do not act in good faith.

Earlier Monday, Chinese President Xi Jinping embraced the idea of a formal review of the international response to the pandemic — but with the stipulation that it should be led by the WHO, and take place after the pandemic is over.

Xi also said China will provide $2 billion over the next two years to help the global response to the pandemic and boost social and economic activity, particularly in developing countries.

The Trump administration quickly criticized the Chinese pledge, with the White House National Security Council saying the $2 billion was merely a "token" meant to divert scrutiny – and saying China should pay more.

Accusing China of failing to meet its obligations "to tell the truth and warn the world of what was coming," National Security Council spokesman John Ullyot issued a statement saying, "As the source of the outbreak, China has a special responsibility to pay more and to give more."

Xi's funding announcement came a month after Trump said he will suspend U.S. payments to the WHO, pending a review. The U.S. is the largest single donor to the organization – although as NPR's David Welna recently reported, the U.S. was already nearly $200 million in arrears on its obligations to the WHO when Trump halted payments.