Accessibility links
Despite FDA Caution, Trump Says He Is Taking Hydroxychloroquine As A Preventive : Coronavirus Live Updates The impact of the drug on the virus is being studied, but there is not yet evidence from medical trials — and there have been some warnings about side effects from taking the medicine. 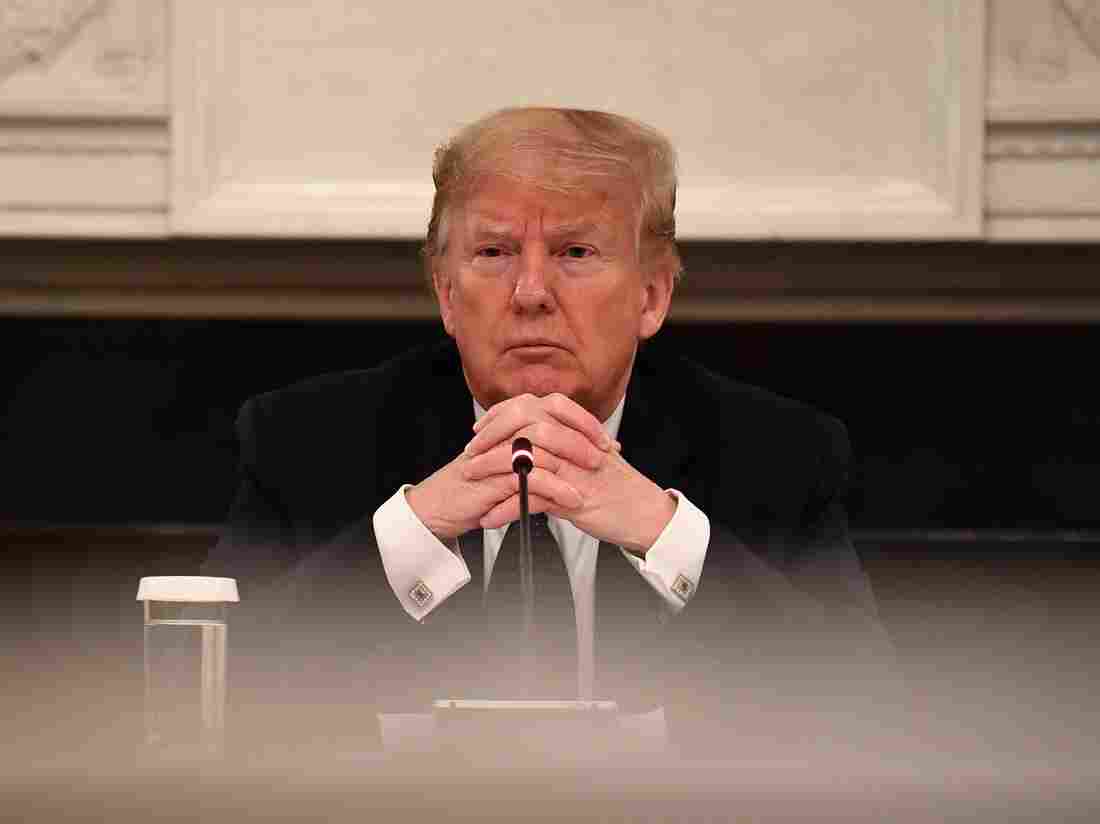 President Trump looks on during a meeting with restaurant executives in the White House on Monday. Brendan Smialowski/AFP via Getty Images hide caption 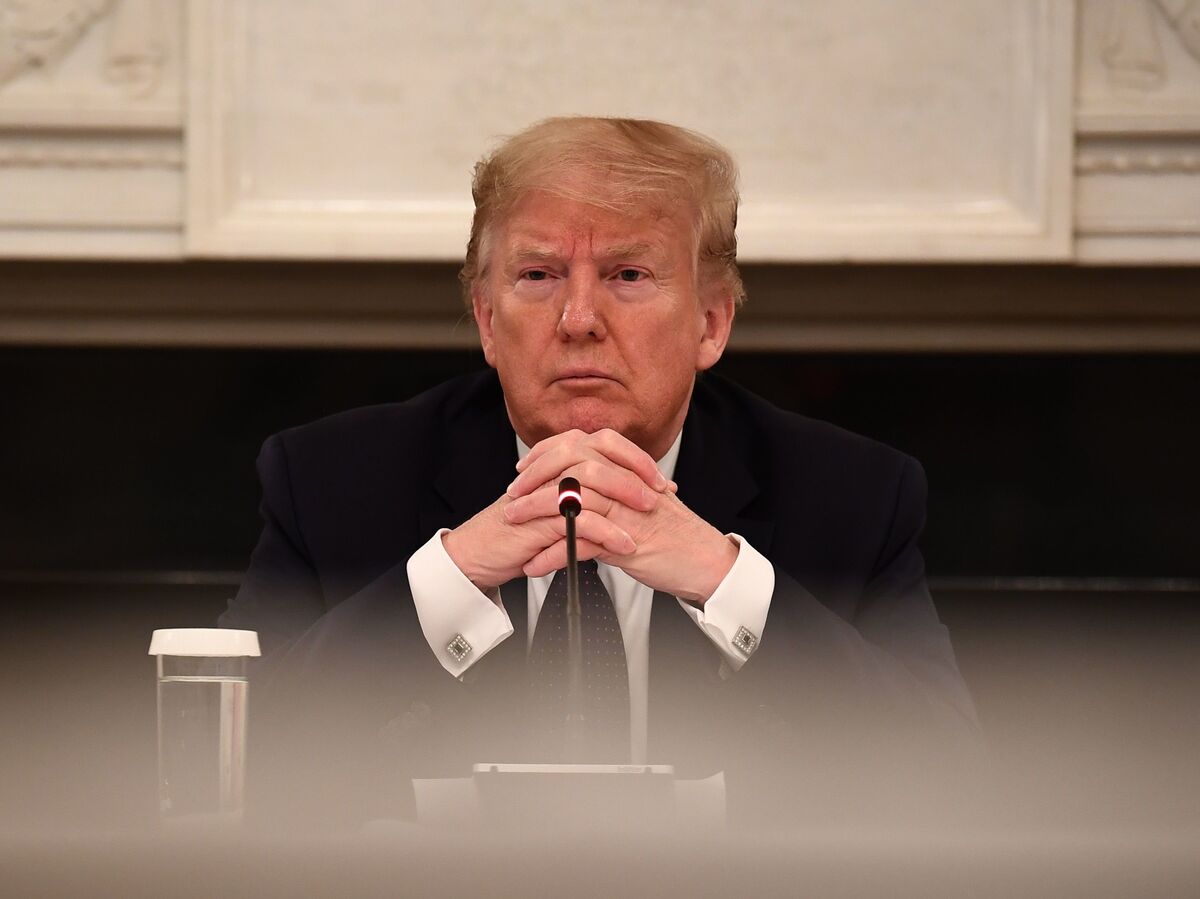 President Trump looks on during a meeting with restaurant executives in the White House on Monday.

President Trump on Monday revealed to reporters that he has been taking hydroxychloroquine and zinc to protect against the coronavirus.

"I was just waiting to see your eyes light up when I said this," the president told reporters, volunteering the information at the end of a roundtable with restaurant owners.

Trump said he asked his doctor about taking it after hearing from people who had done so. "Here's my evidence — I get a lot of positive calls about it," he said.

"I've taken it for about a week and a half now. And I'm still here," he said.

White House physician Sean P. Conley said Monday evening that "after numerous discussions he and I had regarding the evidence for and against the use of hydroxychloroquine, we concluded the potential benefit from treatment outweighed the relative risks." A statement from Conley also referenced a recent positive case of the coronavirus in the president's inner circle.

Trump has been promoting the drug, used to treat malaria and lupus, in briefings and on Twitter. The drug's impact on the virus is being studied, but there is no definitive evidence yet from clinical trials — and there have been some warnings about side effects, including from the Food and Drug Administration.

Medical experts have urged caution around the drug, and last month the FDA strongly warned against using hydroxychloroquine without medical supervision, such as in a hospital or as part of a clinical trial.

Although researchers have been skeptical of hydroxychloroquine's role in treating COVID-19, there is more enthusiasm about its potential to prevent infection. That's because multiple studies have shown that the drug can prevent coronavirus replication.

Two such studies are currently underway.

One is being conducted by scientists and physicians at the University of Minnesota and will involve 1,500 volunteers at high risk for contracting COVID-19, either because they are health care workers or live with someone who has the disease. The study is actively recruiting high-risk health care workers and first responders from around the United States.

That study began clinical trials on April 6 to determine whether hydroxychloroquine is effective at preventing infection from SARS-CoV-2, the virus that causes the disease COVID-19.

The other is a multicenter study led by Duke University that is also aimed primarily at health care workers. It aims to enroll 15,000 volunteers.

Neither study has released any results.

Dr. David R. Boulware, a medical professor who launched the University of Minnesota study, said there is no data showing that using hydroxychloroquine as a preexposure prophylaxis is effective.

"The only way I would recommend taking hydroxychloroquine is within a clinical trial," he said.