Accessibility links
U.S., Canada Agree To Keep Border Partly Closed For Another 30 Days : Coronavirus Live Updates By a mutual decision in March, both countries banned nonessential travel across their shared border. Two months later, Canada and the U.S. have agreed for a second time to extend the partial ban. 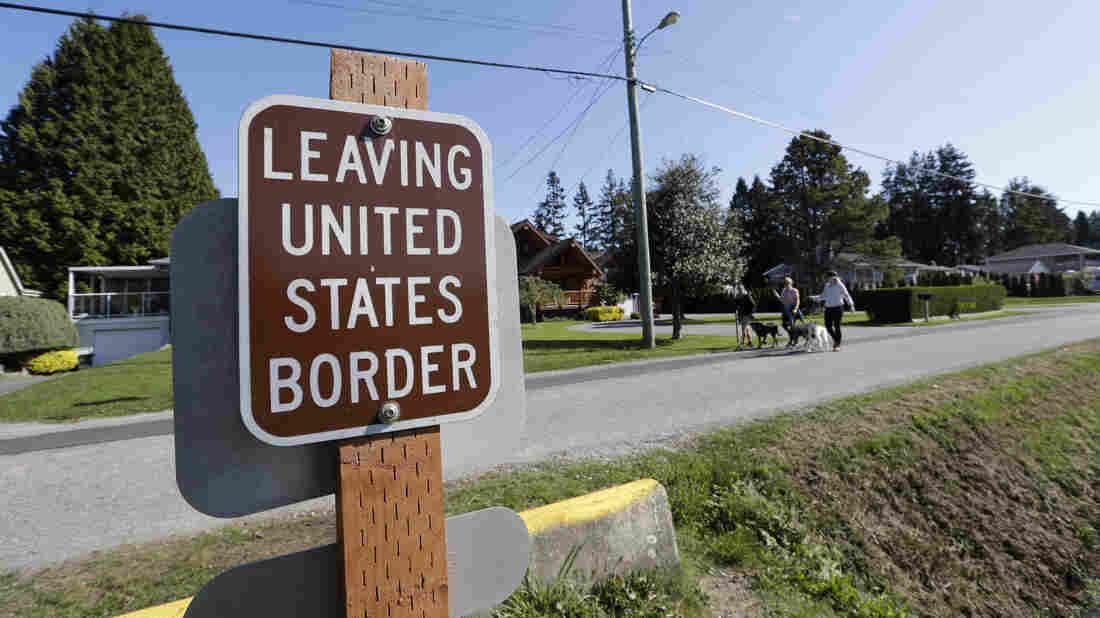 The U.S. and Canada closed their shared border to nonessential traffic in March and extended that order last month. On Tuesday, Canadian Prime Minister Justin Trudeau announced that the order has been extended yet again. Elaine Thompson/AP hide caption 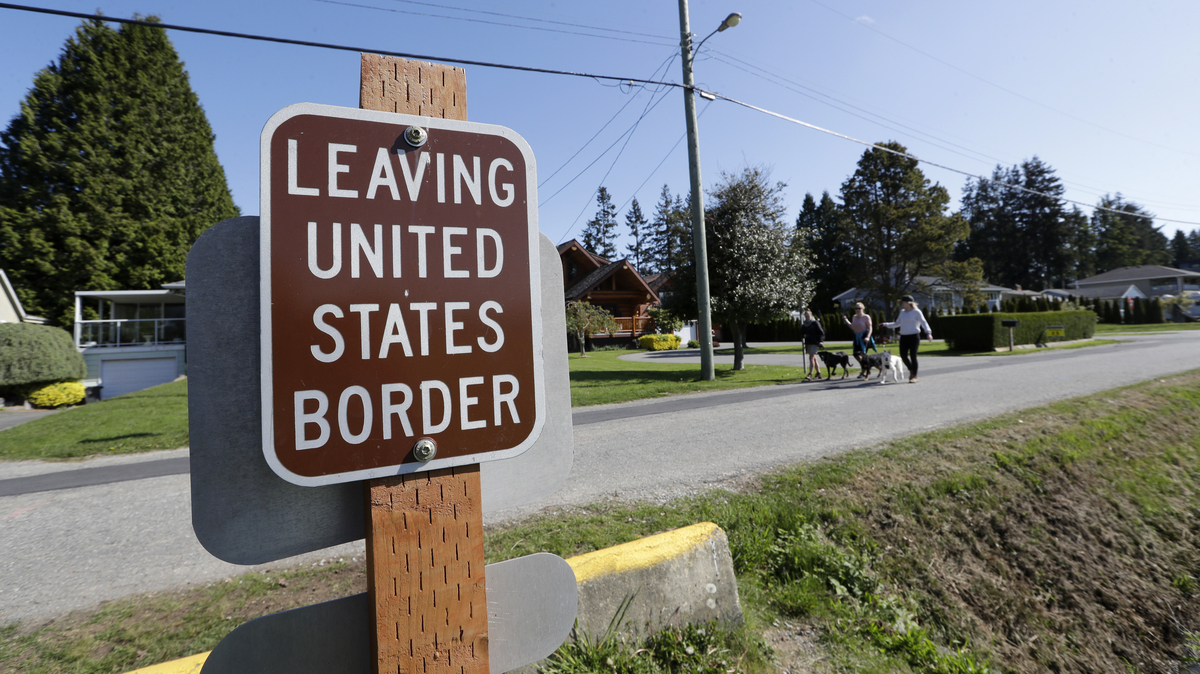 The U.S. and Canada closed their shared border to nonessential traffic in March and extended that order last month. On Tuesday, Canadian Prime Minister Justin Trudeau announced that the order has been extended yet again.

The U.S. and Canada have extended an order closing their shared border to nonessential traffic. Canadian Prime Minister Justin Trudeau announced the decision Tuesday, prolonging for a second time an agreement was initially reached in March.

The move delays the border's reopening by another 30 days, until June 21. The prime minister also made clear that another delay after that may well be in the cards.

"As we've seen, the decisions that we're taking are very much made week-to-week in this crisis. The situation is changing rapidly, and we're adjusting constantly to get that balance right, between keeping people safe and restoring a semblance of normality and economic activity that we all rely on," Trudeau added during a news conference outside the prime minister's residence in Ottawa.

"We're gonna keep making those decisions as time goes on."

President Trump appeared to confirm the agreement in his comments after a separate event Tuesday at the White House — but expressed an eagerness to reopen the border "as soon as things clean up in terms of the plague."

It has been roughly two months since travelers could cross the U.S.-Canada border as tourists because of the COVID-19 pandemic. Since the restrictions took effect by mutual agreement on March 21, only emergency personnel and people crossing for things like work, education or immediate medical care have been able to pass through security.

The U.S. and Mexico have a similar deal in place along their own shared border.

During his briefing Tuesday, Trudeau said that officials in both Canada and the U.S. will be using the delay to mull what their options are for lifting the travel restrictions and widely reopening business. Currently the U.S., which is suffering the world's largest outbreak, outpaces its northern neighbor in number of confirmed cases of the coronavirus — roughly 1.5 million to 80,000, according to data compiled by Johns Hopkins University.

"Even now, we know that we need to do more to ensure that travelers who are coming back from overseas or from the United States, as Canadians, are properly followed up on, are properly isolated and don't become further vectors for the spread of COVID-19," the Canadian leader said, adding: "We need to have strong measures in place, and we're looking at those closely."