Accessibility links
NIH Chief Francis Collins Awarded 2020 Templeton Prize : Coronavirus Updates Collins, a top scientist and evangelical Christian, says, "The realization that principles of faith and science are complementary has been of great comfort to me in the search for truth." 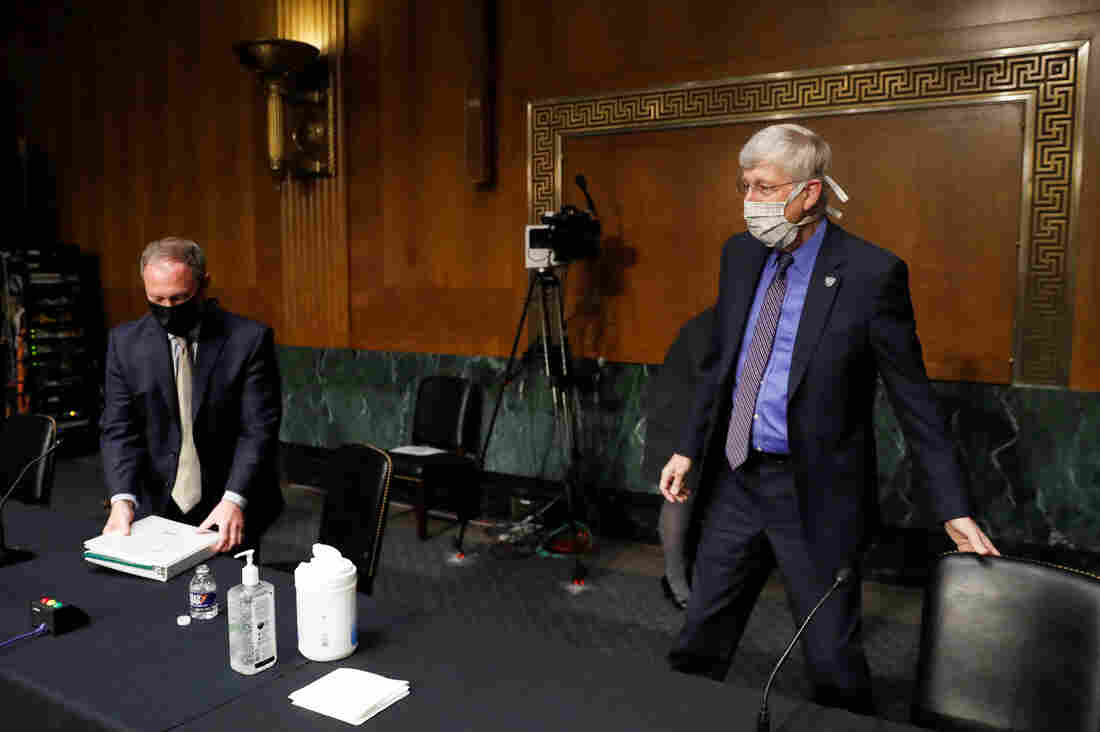 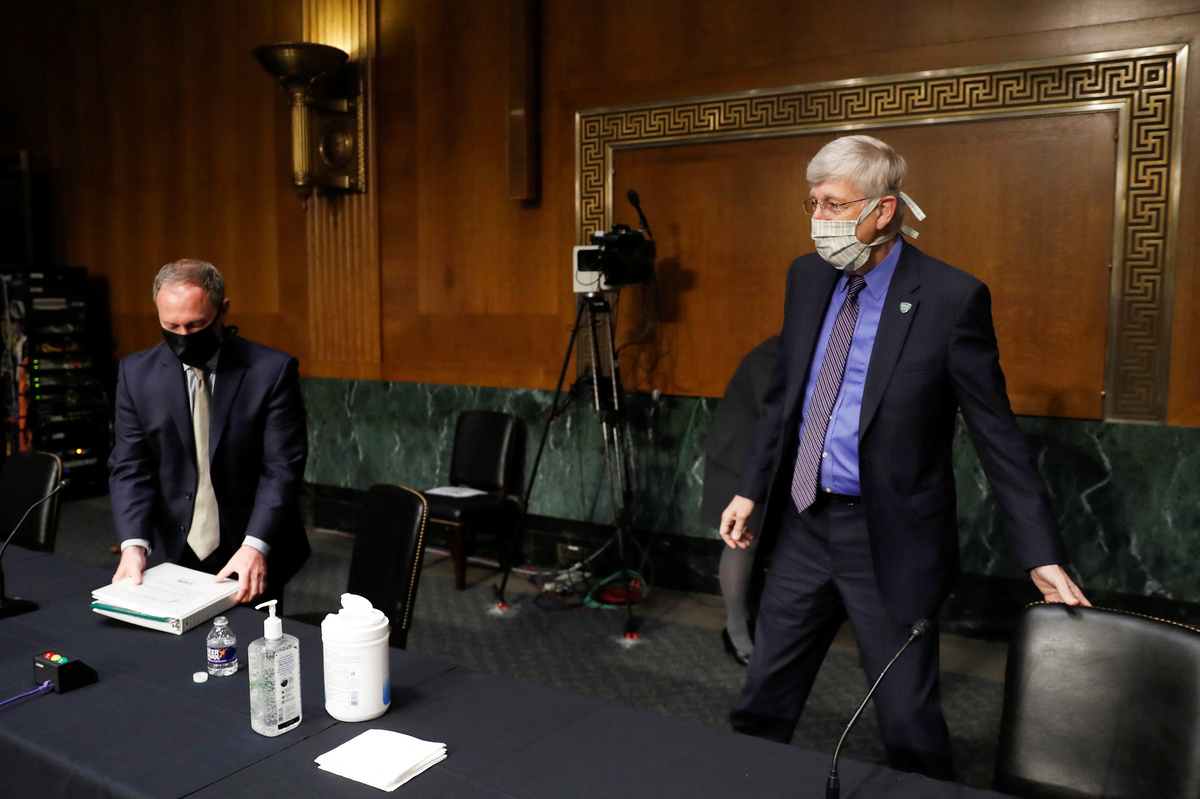 National Institutes of Health Director Dr. Francis Collins, right, received the Templeton Prize for his work to de-escalate mistrust between scientists and people of faith.

Francis Collins, the evangelical Christian who as a physician and scientist directs the National Institutes of Health, has been awarded the prestigious Templeton Prize for his commitment to challenging the idea that science and religion are at odds.

The prize, established in 1972 by the philanthropist Sir John Templeton, is meant to honor those who demonstrate "the insights that science brings to the deepest questions of the universe and humankind's purpose and place within it." The prize, one of the world's largest individual awards, provides the recipient 1.1 million British pounds ($1.3 million).

Collins is one of the most accomplished scientists in the country, having directed the Human Genome Project to completion, thus illuminating the genetic blueprint of the human species. As the NIH director, Collins oversees the federal government's biomedical and public health research efforts, including the effort to find and develop a vaccine to prevent COVID-19.

As a medical student, Collins was an unapologetic atheist, but he gradually developed strong religious beliefs, inspired in part by the faith of patients who were near death.

In a response to the Templeton Prize announcement on Twitter, Collins said he was "profoundly humbled" by the recognition. Past honorees include Mother Teresa, Archbishop Desmond Tutu and the Dalai Lama. "The realization that principles of faith & science are complementary has been of great comfort to me in the search for truth," Collins said.

In This Bible Study, Science And Faith Don't Have To Compete

As the NIH director, Collins supervises the work of Dr. Anthony Fauci, the government's top infectious disease expert and a prominent spokesman for the nation's response to the coronavirus pandemic. Fauci has recently roused the ire of conservatives over his contradiction of President Trump's claim that the pandemic is under control. But Collins told the Philadelphia Inquirer that he considers Fauci "an incredible public servant and a dedicated scientist and a wonderful human being."

Because of his deep religious convictions, Collins has played a role in persuading his fellow evangelical Christians to heed the advice of health experts when it comes to the importance of social distancing and support for vaccine development. Some evangelical Christian leaders have expressed skepticism about the seriousness of the coronavirus pandemic and opposed government orders to keep churches closed.