Accessibility links
The Smithsonian Is Collecting Coronavirus 'Artifacts' To Document The Pandemic : Coronavirus Live Updates As part of the effort, curators at the National Museum of African American History and Culture plan to collect objects that tell the stories of black Americans during the pandemic.

Listen · 3:17 3:17
The Smithsonian Is Collecting Coronavirus 'Artifacts' To Document The Pandemic 3:17 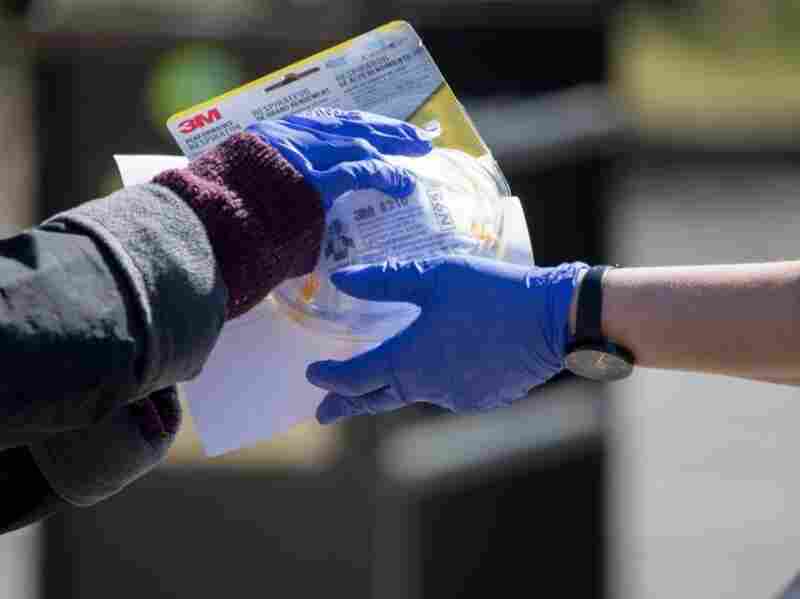 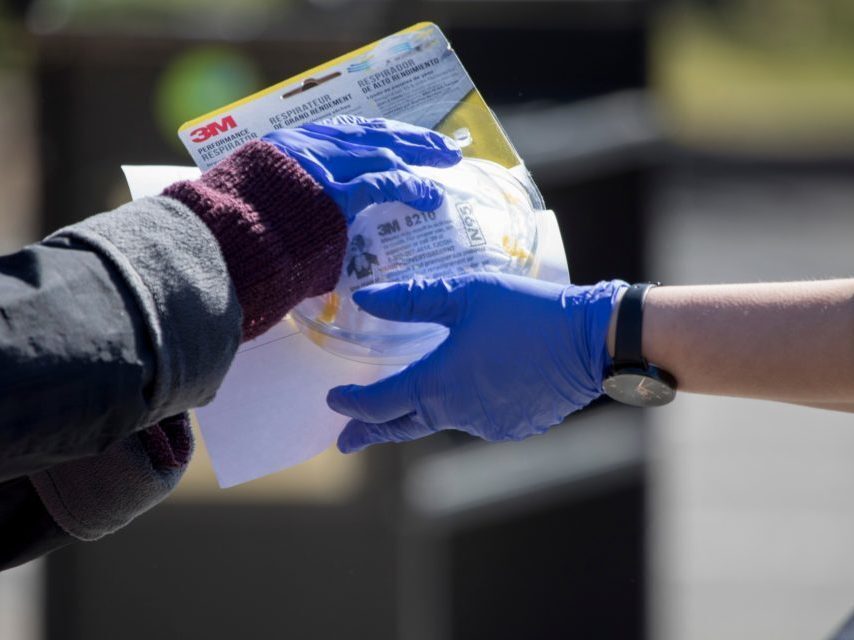 Virginia's Arlington County held its first drive-thru donation for people to drop off unopened and unused personal protective equipment (PPE) for use by first-responders.

If you were designing a museum exhibit that would explain the coronavirus pandemic to future generations, what would you put in it?

Each collection will have its own particular focus. The American History Museum is taking a broad approach: Curators on its COVID-19 task force are putting together lists of objects they want to collect, ranging from handwritten grocery lists and letters from patients to personal protective equipment, test kits and ventilators. Some of the objects will be put on display in an exhibit on disease planned for late next year.

"Obviously those are objects we will not collect until the pandemic has really wound down," said Alexandra Lord, the chair of the American History Museum's medicine and science division. "We don't want to put pressure on supplies."

Object collection is on hold for another reason: The District of Columbia's stay-at-home order is still in effect and the Smithsonian museums and offices are all closed.

"There's a whole set of protocol around artifacts that we can't follow right now," Lord said.

In the meantime, Smithsonian curators are soliciting digital items and oral histories for their online collections.

"Three, five, 10 years from now, we really don't want the human impact of this story to get lost. And so that's what we're really trying to collect," says Melanie Adams, the director of the Anacostia Community Museum, which explores local social change. People in the Washington region can submit digital photographs, videos and written accounts to the museum's new "Moments of Resilience" online collection.

Adams' team will eventually start collecting objects for an exhibit planned for next summer. They'll pay particular attention to the pandemic's impact on the Washington region's restaurant industry and on black and Latino residents.

Curators at the National Museum of African American History and Culture plan to collect objects that tell the stories of black Americans during the pandemic. For the pilot program, they'll ask residents of Baltimore, Chicago, Denver and New Orleans to upload oral histories, images and short videos to an online platform. Object collection will come later, once curators are back in their offices.

"It's important to make sure that those stories from African Americans are included in the record," said Dwandalyn R. Reece, the museum's associate director for curatorial affairs. She said the museum is modelling its current efforts off its work collecting artifacts during the Black Lives Matter movement in Ferguson and Baltimore in 2014, prior to the museum opening to the public.

Even though object collection can't start yet, the Smithsonian curators are hustling to get the word out about their various projects to keep people from throwing away would-be artifacts. Even a homemade face mask or an empty box that held a shipment of toilet paper could tell future historians a lot about the current moment.