Accessibility links
Researchers: Nearly Half Of Accounts Tweeting About Coronavirus Are Likely Bots : Coronavirus Live Updates Researchers culled through more than 200 million tweets discussing the virus since January and found that about 45% were sent by accounts that behave more like computerized robots than humans.

Researchers: Nearly Half Of Accounts Tweeting About Coronavirus Are Likely Bots

Researchers: Nearly Half Of Accounts Tweeting About Coronavirus Are Likely Bots 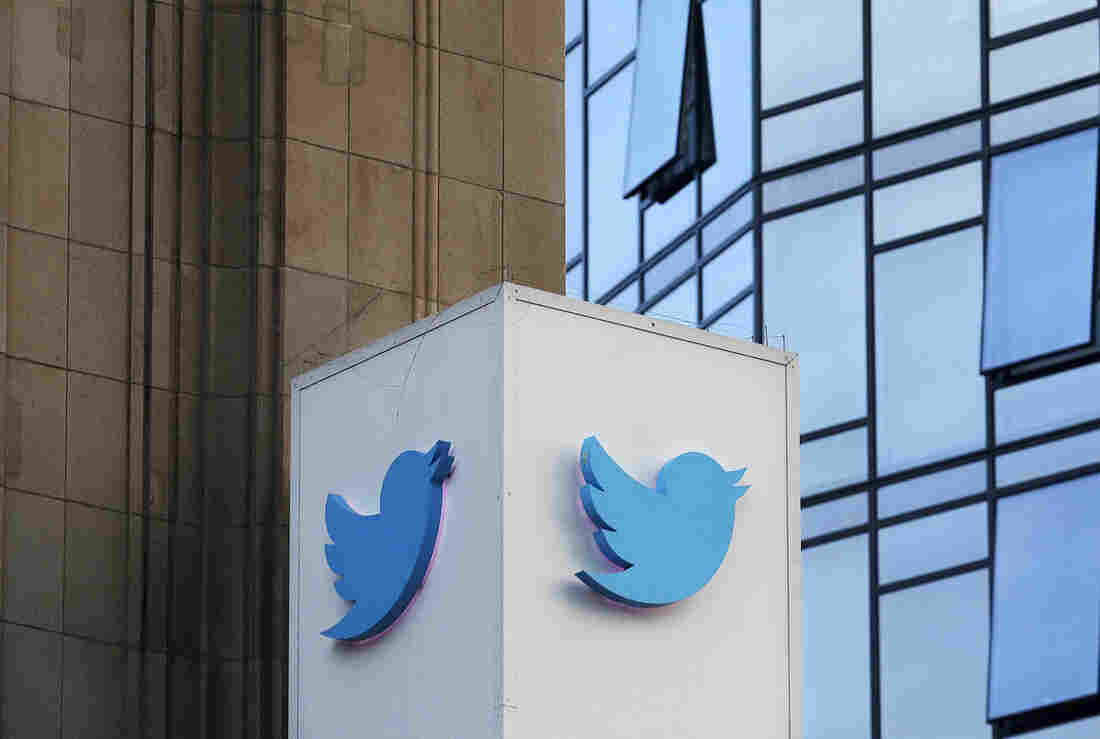 Researchers from Carnegie Mellon University say nearly half of all accounts tweeting about the coronavirus appear to be bot accounts. Jeff Chiu/AP hide caption 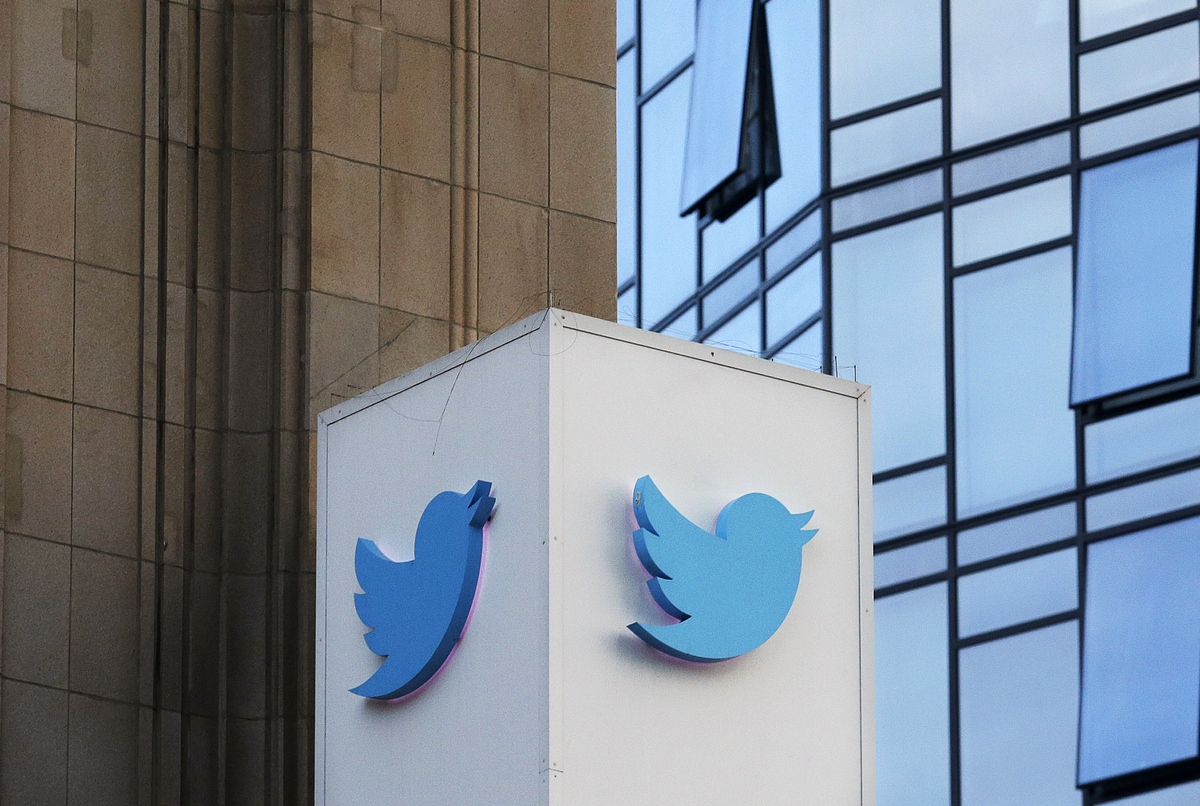 Researchers from Carnegie Mellon University say nearly half of all accounts tweeting about the coronavirus appear to be bot accounts.

Nearly half of the Twitter accounts spreading messages on the social media platform about the coronavirus pandemic are likely bots, researchers at Carnegie Mellon University said Wednesday.

Researchers culled through more than 200 million tweets discussing the virus since January and found that about 45% were sent by accounts that behave more like computerized robots than humans.

It is too early to say conclusively which individuals or groups are behind the bot accounts, but researchers said the tweets appeared aimed at sowing division in America.

"We do know that it looks like it's a propaganda machine, and it definitely matches the Russian and Chinese playbooks, but it would take a tremendous amount of resources to substantiate that," said Kathleen Carley, a professor of computer science at Carnegie Mellon University who is conducting a study into bot-generated coronavirus activity on Twitter that has yet to be published.

Researchers identified more than 100 false narratives about COVID-19 that are proliferating on Twitter by accounts controlled by bots.

Among the misinformation disseminated by bot accounts: tweeted conspiracy theories about hospitals being filled with mannequins or tweets that connected the spread of the coronavirus to 5G wireless towers, a notion that is patently untrue.

Such bogus ideas on the Internet have caused real-world harm. In England, dozens of wireless towers have been set on fire in acts officials believe have been fueled by false conspiracy theories linking the rollout of 5G technology to the coronavirus.

"We're seeing up to two times as much bot activity as we'd predicted based on previous natural disasters, crises and elections," Carley said.

Using a so-called bot-hunter tool, researchers flagged accounts that tweet more than is humanly possible or claim to be in multiple countries within a few hours' period. Researchers say they examine a Twitter account's followers, frequency of tweeting and how often the user is mentioned on the platform in determining whether the tweeter is a bot account.

"When we see a whole bunch of tweets at the same time or back to back, it's like they're timed," Carley said. "We also look for use of the same exact hashtag, or messaging that appears to be copied and pasted from one bot to the next."

In response to the Carnegie Mellon findings, a Twitter spokesman pointed to the company's previous statements arguing that the term bot can be used to describe a wide range of behavior on the platform, not all of which is in violation of Twitter's rules.

"People often refer to bots when describing everything from automated account activity to individuals who would prefer to be anonymous for personal or safety reasons, or avoid a photo because they've got strong privacy concerns," the Twitter spokesman said, adding that describing an account as a bot can be deployed by "those in positions of political power to tarnish the views of people who may disagree with them or online public opinion that's not favorable."

Nonetheless, Twitter says it has removed thousands of tweets containing misleading or potentially harmful information about the coronavirus.

Twitter says its automated systems have "challenged" 1.5 million accounts that were targeting discussions about COVID-19 with malicious or manipulative behavior.

Last week, Twitter unveiled new labels that will accompany misleading, disputed or unverified tweets about the coronavirus, an effort that attempts to tamp down the rapid spread of tweets carrying harmful and false information about the global health crisis.

Where in the world most of the bot accounts are based is still being probed by researchers, though some reports have implicated Russian actors in the spread of misinformation in the U.S. amid the pandemic.

Reuters reported in March that Russian media have recently deployed a widespread disinformation campaign against the West to worsen the impact of the coronavirus to create panic and distrust.

Efforts to fight back against the spread of false information about COVID-19 come just as the federal government and election security experts keep a watchful eye on the November election.

American intelligence agencies concluded that Russia interfered in the 2016 presidential election. Experts believe Russian actors will try to influence the 2020 vote as well, including by using social media to amplify their messages.

Carley with Carnegie Mellon said countering bot accounts on Twitter is not a simple task. Blocked accounts can resurface, and the disinformation networks are sophisticated and difficult to completely root out.

She offers this advice, though: Look out for subtle typos, for tweets being sent out very quickly, or profile images and usernames that appear suspicious.

"Even if someone appears to be from your community, if you don't know them personally, take a closer look, and always go to authoritative or trusted sources for information," Carley said. "Just be very vigilant."