Accessibility links
Motor Vehicle Fatality Rate Spiked By 14% In March, Even As Driving Dropped : Coronavirus Live Updates Amid coronavirus restrictions, the number of miles driven decreased by over 18% from the March 2019 level. 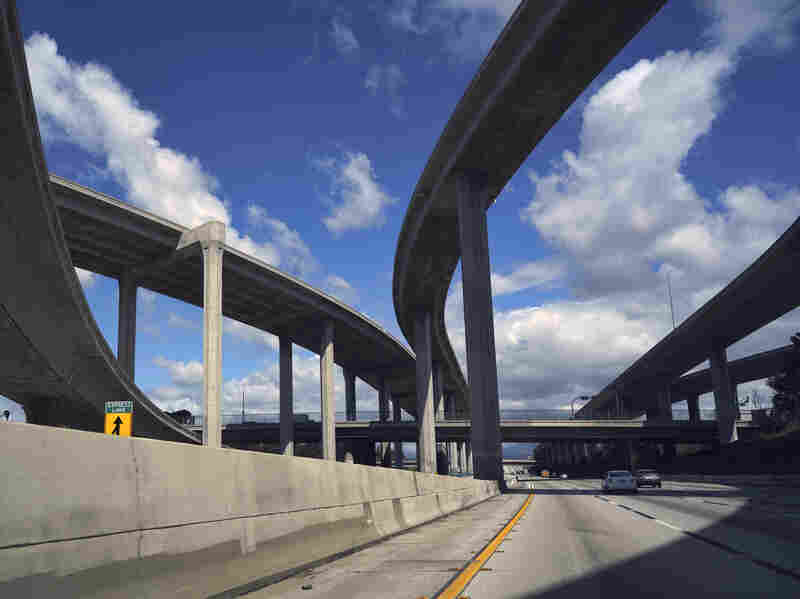 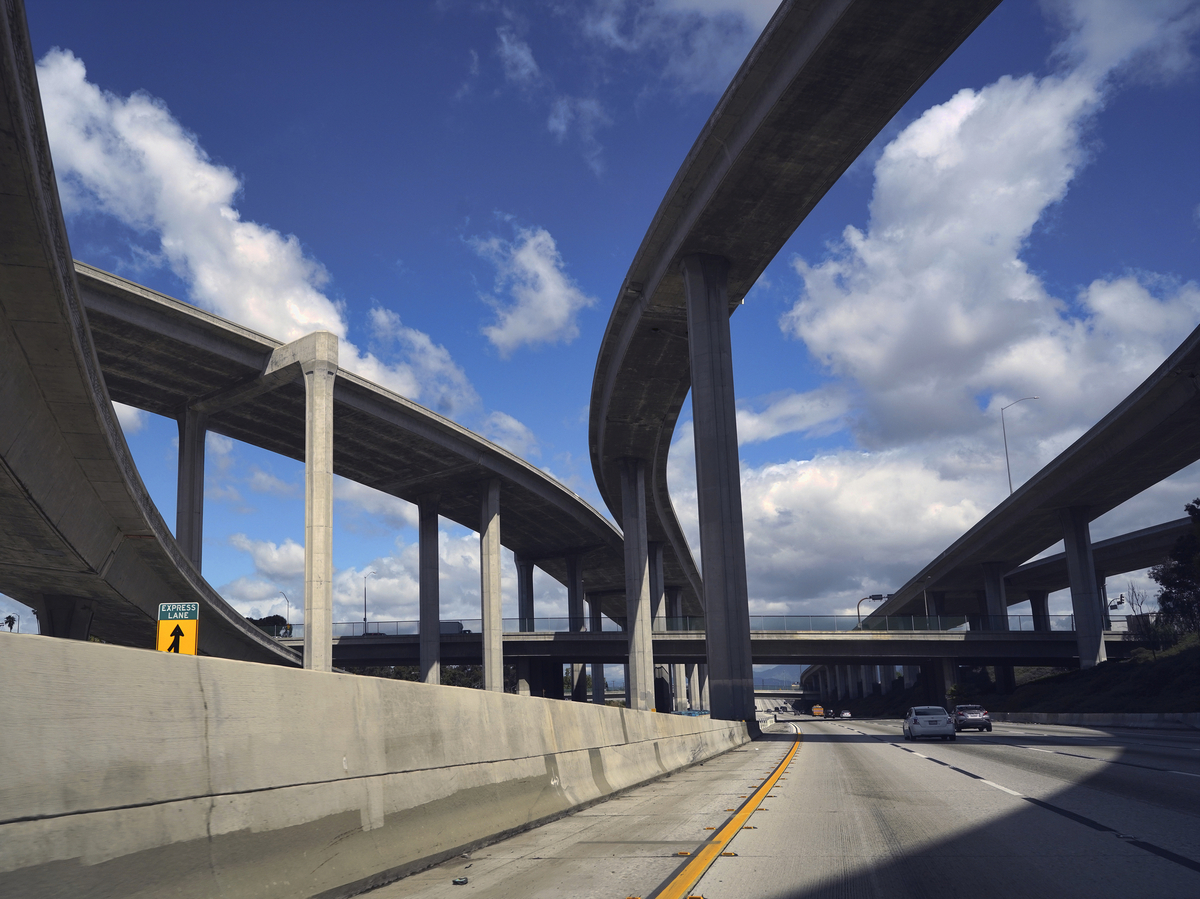 The 110 Freeway, which is often jampacked with California commuters, saw extremely light traffic in March.

In March, as states across the country began implementing stay-at-home orders and commuters got off the road, traffic dropped, but a new National Safety Council report finds that the number of motor vehicle fatalities per miles driven increased by 14% compared with the March 2019 rate.

The total number of motor-vehicle-related deaths dropped by 8% in March of this year compared with March 2019, but the number of miles driven dropped by over 18%, because of myriad COVID-19 related impacts.

The National Safety Council analysis counts a fatality as anyone involved in a motor vehicle accident; drivers, passengers, pedestrians and cyclists.

When the council compared the number of fatalities with the number of miles driven in March 2020 to March 2019, that's where analysts saw the 14% spike.

"What really strikes me is the incredible speed of the changes we're seeing on a roadways," Ken Kolosh, manager of statistics at the National Safety Council, told NPR. "Looking at other recessions what you usually see is a decrease in the number of deaths, or the injuries and fatality rate holding steady or decreasing slightly."

"When we see the combination of both a dramatic decrease in number of total deaths coupled with a dramatic increase in the fatality rate on our roads, that was very surprising," Kolosh said.

In particular during the first three months of 2020, states such as Connecticut, Louisiana, New York and California saw significant jumps in roadway fatality rates.

The new nationwide data comes as some regional officials have reported that during the pandemic, people have been driving more recklessly and there have been local upticks in car crashes.

The number of pedestrians and cyclists who have been killed by motor vehicles has gone up in recent years. In 2018, the number of both pedestrian and cyclist deaths shattered decades-long records.