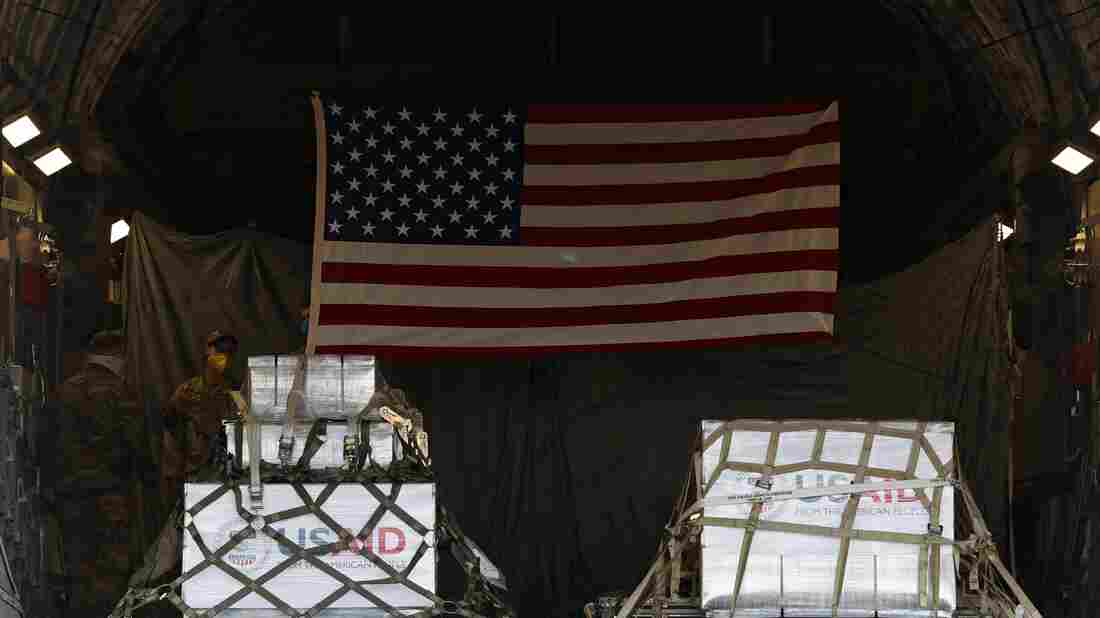 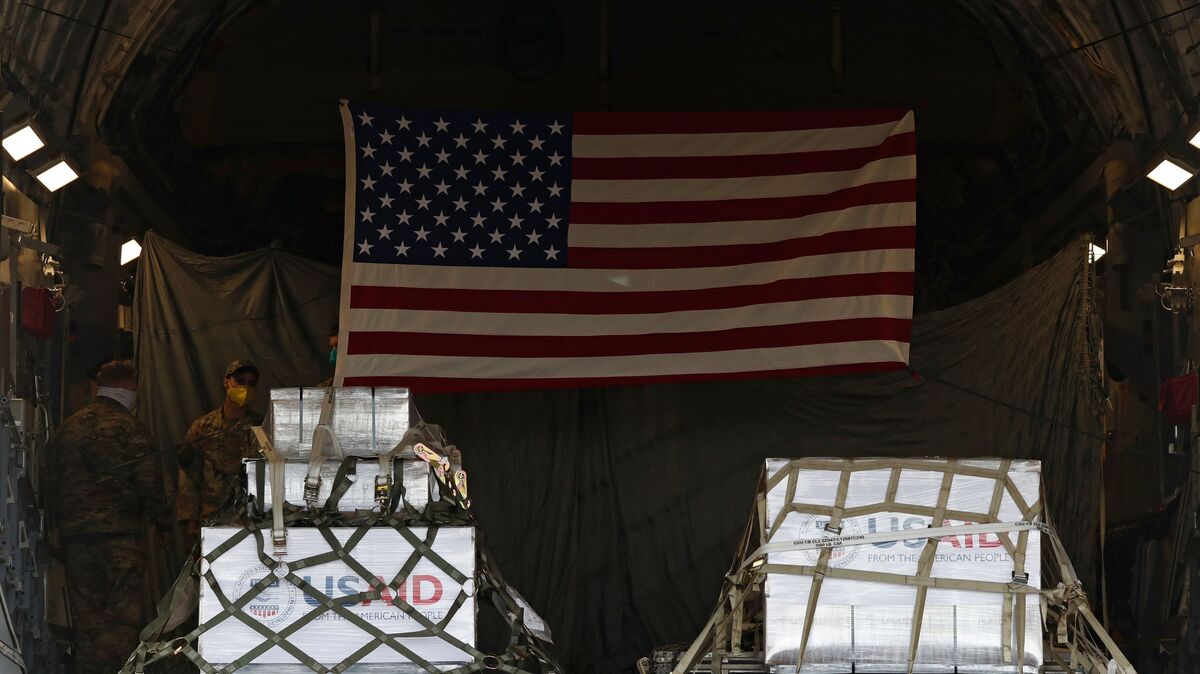 A shipment of medical aid from the United States, including 50 ventilators, appears inside a U.S. Air Force C-17 Globemaster transport plane Thursday at Vnukovo International Airport outside Moscow.

The United States delivered 50 ventilators to Russia on Thursday, part of a humanitarian aid package worth $5.6 million to help Moscow fight the coronavirus, U.S. officials said.

Another batch of 150 American-made ventilators will head to Russia next week, according to the U.S. Embassy in Moscow.

In a statement, the U.S. Embassy called the delivery "rapid fulfillment" of a request Russian President Vladimir Putin discussed on recent phone calls with President Trump.

"The United States and Russia have provided assistance to each other in the past, and I have no doubt will do so in the future," John Sullivan, the U.S. ambassador to Russia, said in a video announcing the arrival of the U.S.-made ventilators.

The U.S. is donating $5.6 million in humanitarian aid to the people of Russia, including 200 U.S.-manufactured ventilators that will save countless lives. 50 ventilators arrived today, 150 will arrive next week. #COVID19 @mfa_russia pic.twitter.com/11COZniLDB

Russia delivered coronavirus-related equipment to the United States in April, which drew some criticism as a propaganda coup for the Kremlin.

The arrival of a Russian plane carrying ventilators, masks and respirators to New York was covered live on the Kremlin-supported RT channel, which described the shipment as "humanitarian aid."

The U.S. later insisted it had purchased the supplies. The Kremlin now says the two sides split the bill.

And the Russian shipment was controversial for other reasons: The Russian-made ventilators included in the deal were produced by a company under U.S. sanctions. U.S. emergency officials said those ventilators were returned after identical models caused two separate fires in Russian hospitals in Moscow and St. Petersburg earlier this month, killing six people.

The U.S. aid delivery comes as Russia reports just over 317,000 coronavirus infections and 3,099 deaths, according to data compiled by John Hopkins University.

The Kremlin has largely portrayed its efforts battling the virus as effective, citing what it considers its low death rate — compared with the U.S., which has the world's highest number of fatalities from the virus — as a measure of Russia's success.

While researchers and critics of the Russian government question the accuracy of the official Russian death toll, they've also lambasted the Kremlin for sending supplies abroad as hospitals and health workers in Russia's far-flung regions complain about critical shortages at home.

In another twist, the U.S. Agency for International Development carried out Thursday's ventilator delivery — the government agency's first mission in Russia since the Kremlin expelled it in 2012.

At the time, the Kremlin accused the agency and USAID-supported Russian nongovernmental organizations of meddling in Russia's internal affairs.