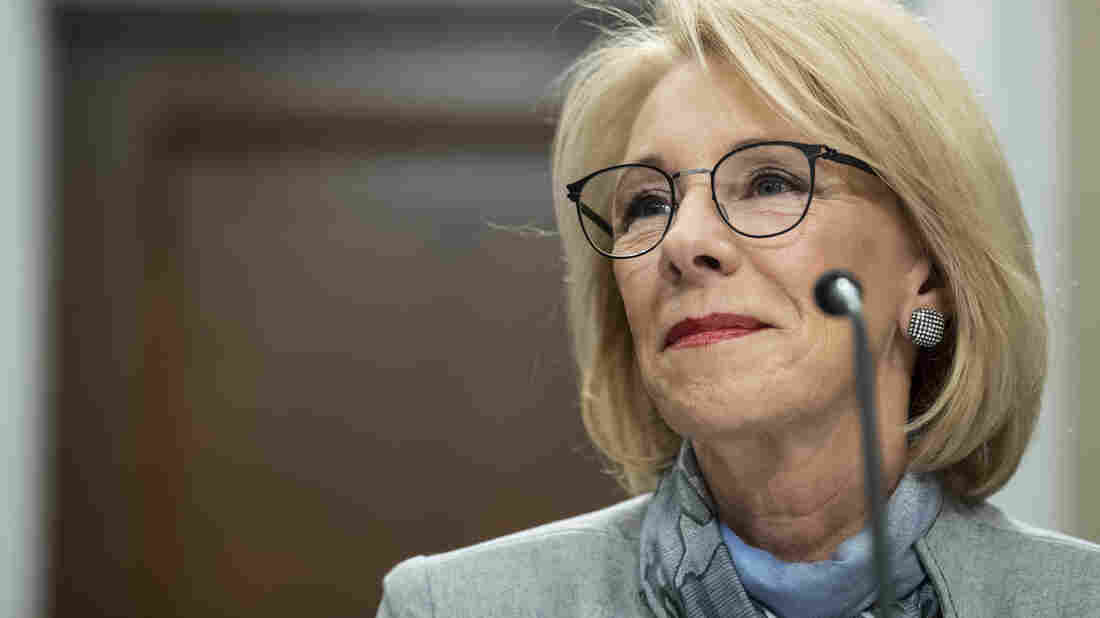 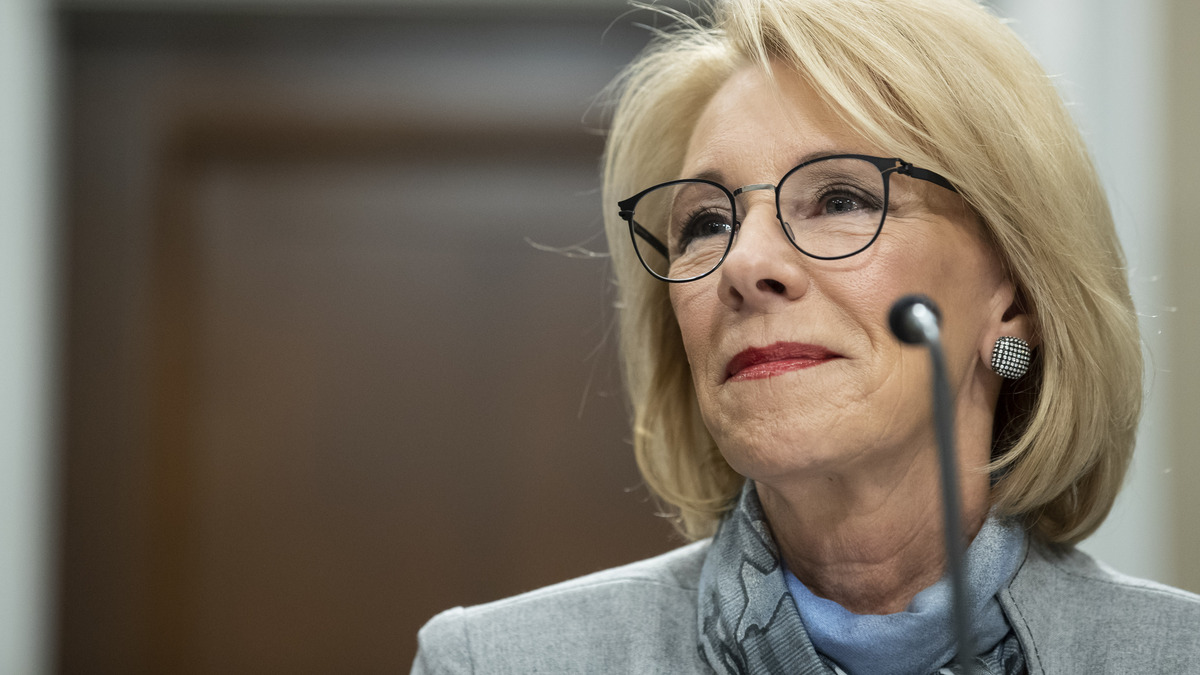 In a Wednesday letter co-signed by Rep. Bobby Scott, Sen. Patty Murray and Rep. Rosa DeLauro, the lawmakers said DeVos' efforts run "in contravention of both the plain reading of the statute and the intent of Congress." Scott is chairman of the House Education and Labor Committee, and Murray is the ranking member of the Senate Health, Education, Labor and Pensions Committee.

This admonition comes about three weeks after DeVos issued guidance suggesting that private schools should benefit from a representative share of the emergency aid.

Most of the money set aside for schools in the CARES Act is meant to be distributed based on how many vulnerable, low-income students a district serves, the lawmakers said — the same way the federal government hands out Title I dollars. It's an old formula meant to send money where it's needed, including to some low-income private school students in the form of "equitable services" such as tutoring or transportation.

In practice, here's what the difference would look like: In Louisiana, under the low-income student formula, the state Department of Education reports private school students would receive services worth $8.6 million of the state's CARES Act relief money. Under the department's broader interpretation, that share would jump to $31.5 million — a 267% increase.

The department's initial guidance, issued on April 30, confused many school leaders, prompting a letter from the Council of Chief State School Officers, telling DeVos that, if the guidance is not revised, it "could significantly harm the vulnerable students who were intended to benefit the most" from the CARES Act relief.

In a letter to New Jersey's governor, the head of the Education Law Center, a policy and advocacy group, calls DeVos' directive "a patent misreading" of federal law and warns that, under this interpretation, Newark Public Schools would have to redirect an additional $800,000 of aid from its own pupils to area private school students.

Tennessee's schools chief has reportedly said she plans to abide by the department's guidance, though other school leaders have been defiant, noting that the directive is not legally binding.

On May 12, Indiana's Republican superintendent of public instruction, Jennifer McCormick, tweeted that, after consulting with her state's attorney general, she would ignore the guidance. "I will not play political agenda games with [COVID-19] relief funds," she said.

IN will distribute funds according to Congressional intent and a plain reading of the law.
I will not play political agenda games with COVID relief funds. Our most at-risk students depend on this commitment. https://t.co/Jrp56vxR1e

Scott, chairman of the House education committee, said in a statement to NPR that "there is rightfully pushback" to the department's position. "The actions of the Department of Education have left states and districts stuck between compliance with the law and adhering to ideologically motivated guidance," he said.

In a statement, Education Department press secretary Angela Morabito insisted the department is in the right: "Congress directed the Department to make sure all students are able to be served through the CARES Act." The statement went on to say, if school districts "were to only count Title I eligible students, they would be placing non-public school students and teachers at a disadvantage that Congress did not intend."

On Thursday, speaking remotely to reporters, the Republican chair of the Senate education committee, Sen. Lamar Alexander, was asked if he agreed with DeVos' interpretation: "I thought, and I think most of Congress thought, that money from the CARES Act would be distributed in the same way that Title I is distributed."