Accessibility links
Scientists Warn CDC Testing Data Could Create Misleading Picture Of Pandemic : Coronavirus Live Updates The CDC combines results of a test that spots people who are actively infected with results from another one that looks for antibodies. Scientists say it could create a false picture of the pandemic. 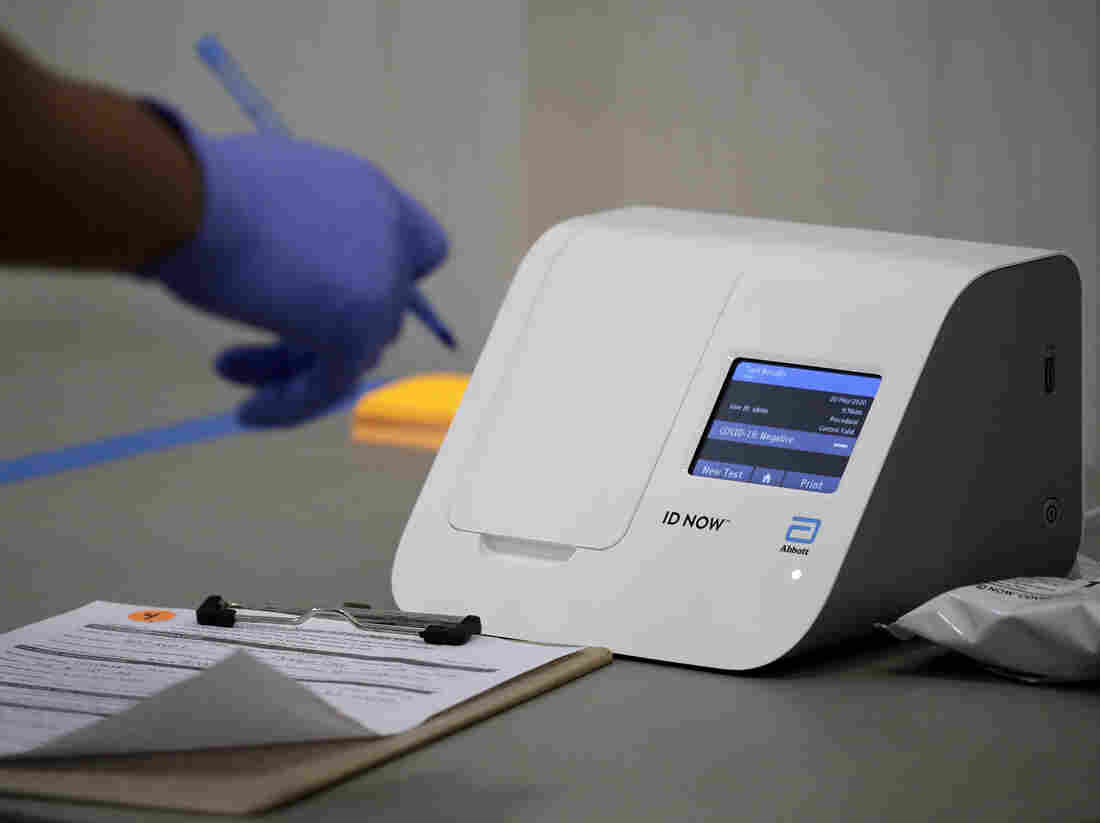 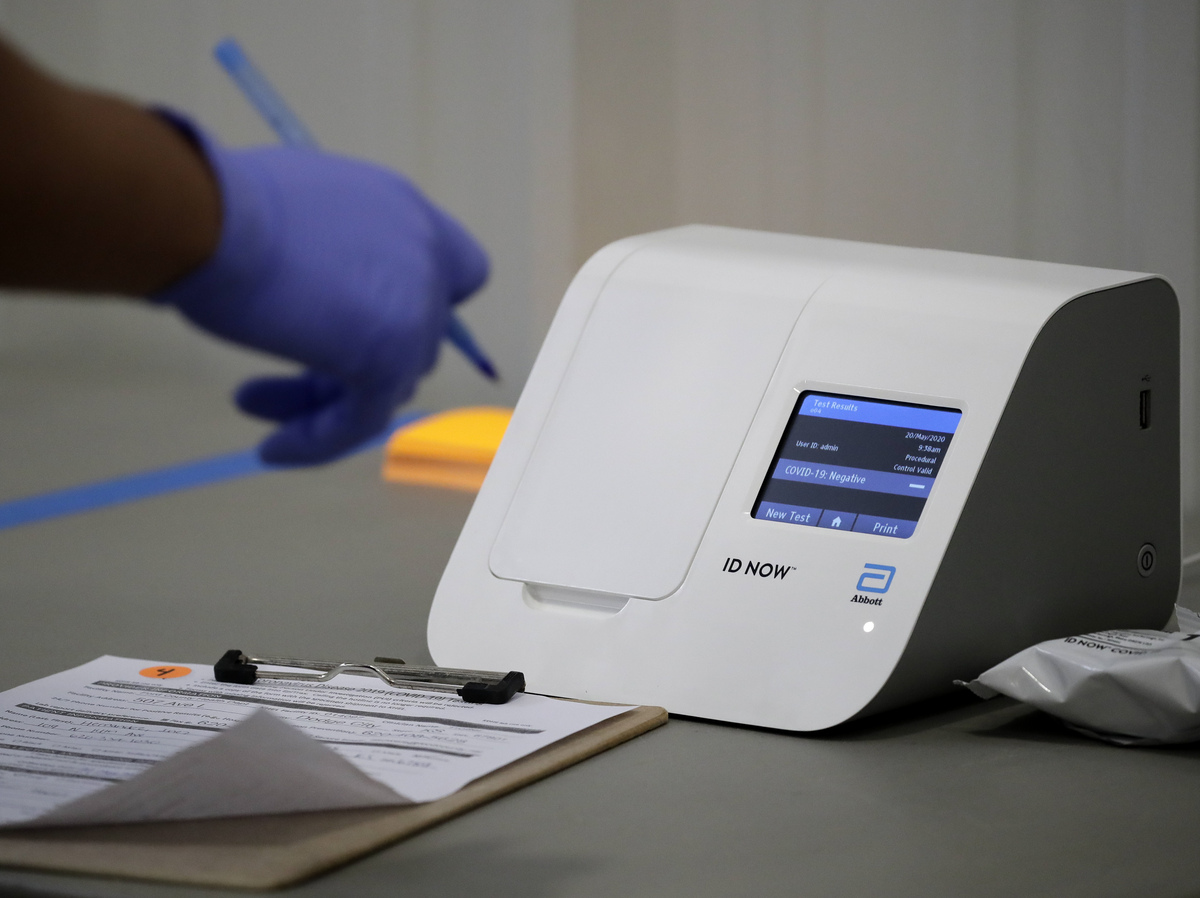 Kansas National Guard member Roy Manns writes down results as he runs samples through an Abbott coronavirus testing machine at a drive-through testing site on Wednesday in Dodge City.

The Centers for Disease Control and Prevention has acknowledged that it is mixing the results of two different kinds of tests in the agency's tally of testing for the coronavirus, raising concerns among some scientists that it could be creating an inaccurate picture of the state of the pandemic in the United States.

The CDC combines the results of genetic tests that spot people who are actively infected, mostly by using a process known as polymerase chain reaction, or PCR, with results from another, known as serology testing, which looks for antibodies in people's blood. Antibody testing is used to identify people who were previously infected.

The CDC's practice was first reported by Miami public radio station WLRN on Wednesday and was confirmed by the agency in a subsequent email to NPR.

Jennifer Nuzzo, an epidemiologist at the Johns Hopkins Center for Health Security, expressed concern that adding the two types of tests together could leave the impression that more testing of active cases had been conducted than was actually the case.

"Reporting both serology and viral tests under the same category is not appropriate, as these two types of tests are very different and tell us different things," Nuzzo wrote in an email to NPR.

Serology tests don't give real-time information about the number of new infections occurring. And combining the tests is problematic because it could leave governments and businesses with a false picture of the true scope of the pandemic, she says. That's important because sufficient testing is considered crucial for keeping the epidemic under control, especially as the nation starts to relax social distancing measures, experts say.

"Only [PCR] tests can tell us who is infected and should be counted as a case," Nuzzo wrote. "The goal for tracking testing is to understand whether we are casting a wide enough net to identify cases and only viral tests can tell us that."

In addition, combining antibody testing with diagnostic testing could reduce the number of tests that appear to be producing positive results, lowering the overall "positivity rate." That's another important benchmark. The World Health Organization has recommended a positivity rate of 10% or less as a signal of whether enough testing is taking place.

"I suspect it will artificially lower the percent positive," wrote Caitlin Rivers, an epidemiologist at the Johns Hopkins Bloomberg School of Public Health, in another email to NPR about the CDC testing data.

CDC spokeswoman Kristen Nordlund wrote in an email to NPR that the "majority of the data is PCR testing" but acknowledged that the agency's tally includes antibody testing because "some states are including serology data" in their testing numbers.

"Those numbers still give us an idea of the burden of COVID-19," Nordlund wrote.

She added, however: "We hope to have the testing data broken down between PCR and serology testing in the coming weeks as well."

Several states have acknowledged in recent weeks that they are combining both types of testing, but at least one, Virginia, then reversed that practice after it became public.

The criticism over how testing results are being reported is the latest in a series of controversies related to testing for the new virus. Many public health experts have criticized the federal government for failing to ramp up testing quickly enough to track and control the epidemic.