Accessibility links
Florida Theme Parks Getting Ready To Reopen With Anti-Coronavirus Measures : Coronavirus Updates Legoland and Universal have local approval for their plans, which involve taking temperatures and encouraging face masks. Disney World and SeaWorld haven't presented their plans yet.

Florida Theme Parks Getting Ready To Reopen With Anti-Coronavirus Measures

Florida Theme Parks Getting Ready To Reopen With Anti-Coronavirus Measures 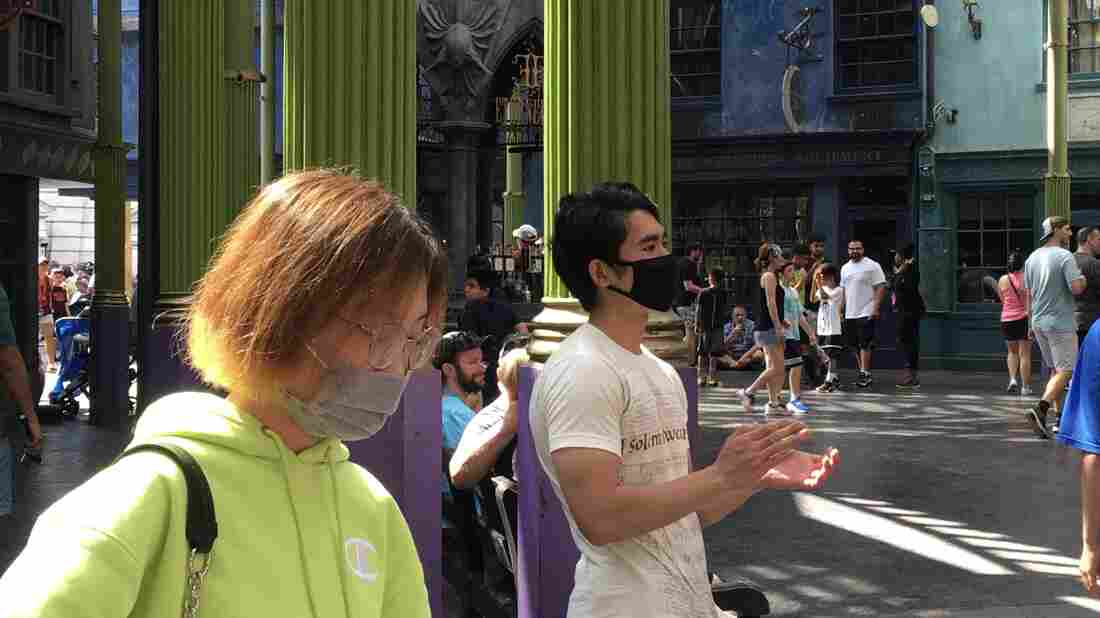 Some of the last tourists to visit the Universal Studios theme park in Orlando, Fla., in March before the coronavirus crisis shut the resort down. Plans are in place for Universal and other parks to reopen. Susan Stumme/AFP via Getty Images hide caption 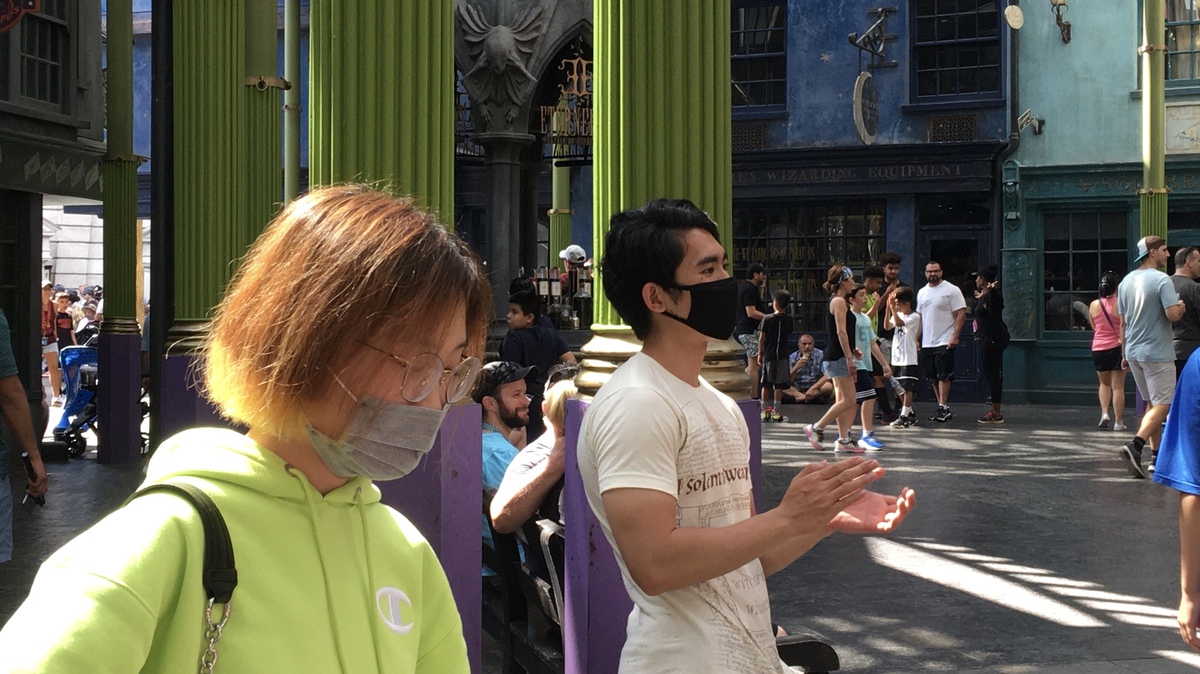 Some of the last tourists to visit the Universal Studios theme park in Orlando, Fla., in March before the coronavirus crisis shut the resort down. Plans are in place for Universal and other parks to reopen.

It appears theme parks will soon be welcoming guests in Florida. Local officials approved reopening plans for Legoland in Winter Haven and the Universal theme parks in Orlando.

In Orange County, the Economic Recovery Task Force, chaired by County Mayor Jerry Demings, reviewed the Universal plans and approved a June 5 reopening date for its Universal Studios and Island of Adventure theme parks, as well as for its water park, Volcano Bay. The task force also gave approval to reopening plans for 13 smaller attractions in the Orlando area. Legoland received approval from officials in Winter Haven and Polk County for a June 1 reopening.

The reopening plans now go to Florida Gov. Ron DeSantis for final approval. He has indicated he wants to see theme parks reopen once they submitted plans for keeping employees and guests protected from the coronavirus.

Both Legoland and Universal says employees and guests will undergo temperature checks on arrival. Anyone with a temperature over 100.4 degrees Fahrenheit won't be allowed in. The chief administrative officer for Universal's parks, John Sprouls told the Orange County task force, staff members had done temperature checks on more than 30,000 people since CityWalk, its shopping and restaurant complex reopened to the public. "Our guests have been very supportive of the process," Sprouls said. "We're not hearing a lot of complaints about that or the masks. They're very happy to get out and happy that having those precautions in place is making them feel safe."

Unlike Universal, Legoland's guidelines don't make masks mandatory for guests, although they are recommended and provided free to those who want them. Face coverings at Legoland will be required for all employees.

Legoland says it will limit capacity to less than 50% when it reopens. Universal also says it will reduce capacity but hasn't said by how much. Sprouls says measures to ensure distancing will be in place at turnstiles. People from different groups will not be commingled in seating on rides. In restaurants, contactless ordering, payment and food service will be available through the use of a mobile app.

Both companies say they'll have hand sanitizer dispensers and signs outlining safety requirements at entrances and throughout their parks.

Disney hasn't yet unveiled reopening plans for its parks in Orlando. Disney Springs, its retail, dining and entertainment complex, resumed welcoming visitors this week. Shanghai Disney reopened last week to a limited number of guests. Disney World and SeaWorld, Orlando's other major theme park, are expected to present their reopening plans to local officials for approval in coming weeks.