Accessibility links
Trump Briefly Wears Face Mask At Ford Motor Plant : Coronavirus Live Updates Trump has defended his refusal to wear a mask, arguing that he and those around him are routinely tested for the coronavirus. 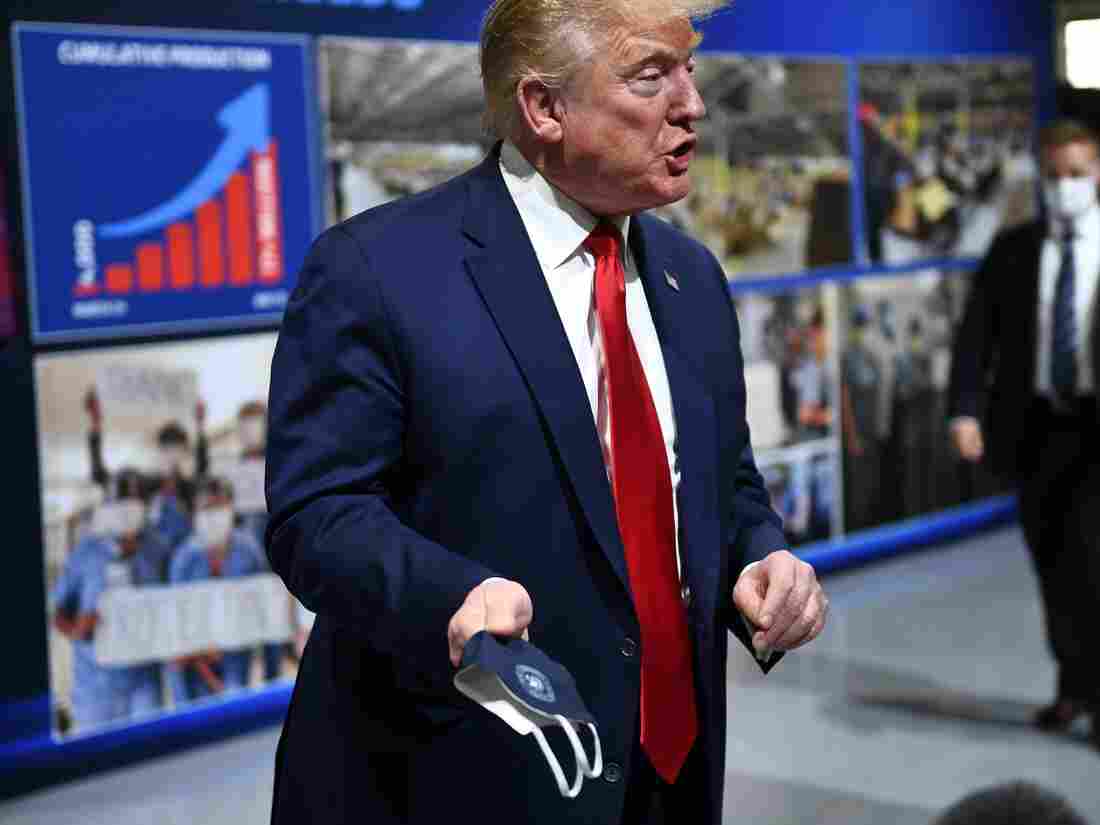 President Trump holds a mask as he speaks during a tour of Ford's Rawsonville Plant in Ypsilanti, Mich., on Thursday. Brendan Smialowski/AFP via Getty Images hide caption 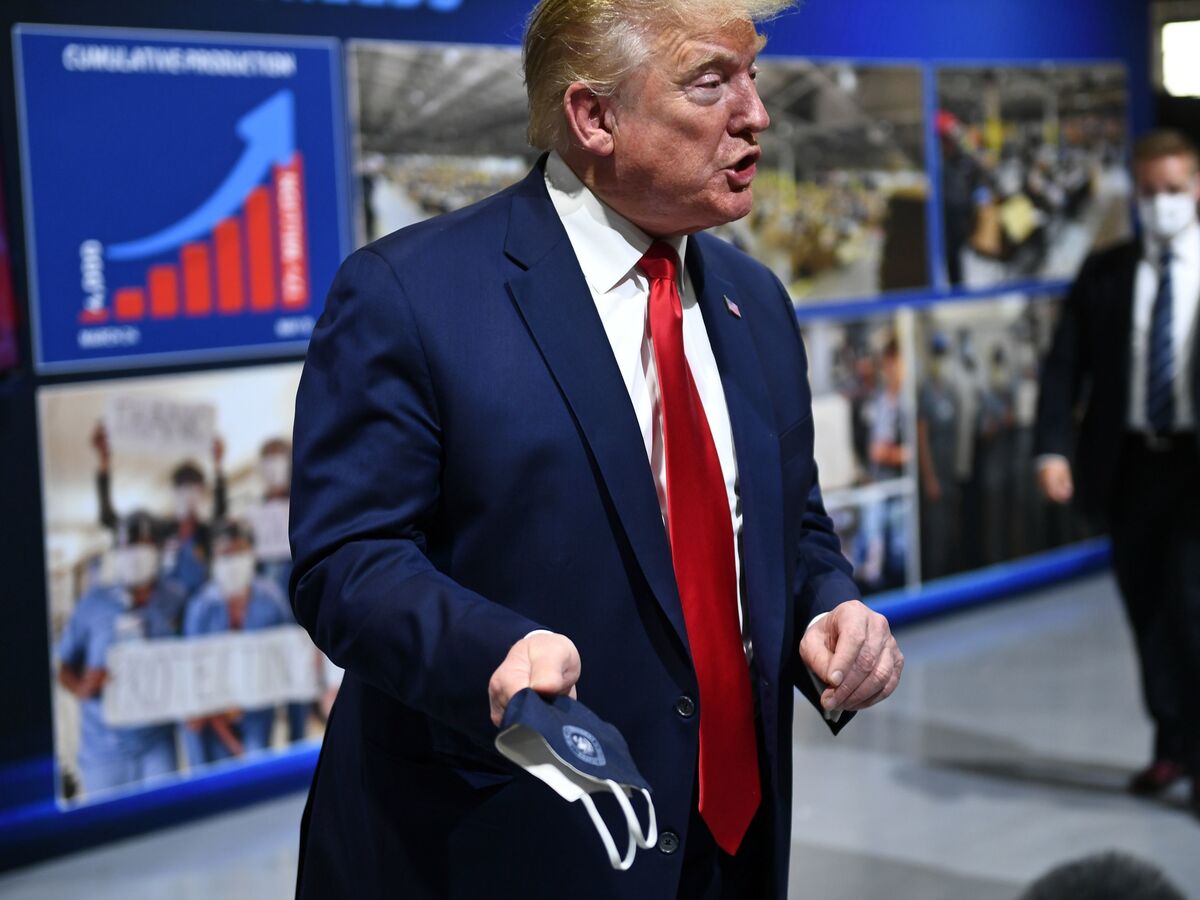 President Trump holds a mask as he speaks during a tour of Ford's Rawsonville Plant in Ypsilanti, Mich., on Thursday.

President Trump on Thursday briefly wore a protective face mask during his visit to a Ford Motor Co. plant — away from reporters' view — after stoking concern about his resistance to wearing the expert-recommended gear.

Trump visited an Ypsilanti, Mich., Ford plant that has been repurposed to create medical supplies amid the coronavirus crisis. Reporters traveling with the president, who were not with him for the whole tour, asked him if he wore a mask. Trump replied: "I had one on before. I wore one on in this back area. I didn't want to give the press the pleasure of seeing it." He said he also wore goggles.

Asked why he wasn't wearing a mask in front of the press and representatives from Ford before making remarks at the plant, Trump said, "In this area ... it's not necessary here. Everybody's been tested, and I've been tested."

Ford said in a statement that Chairman Bill Ford had "encouraged President Trump to wear a mask when he arrived. He wore a mask during a private viewing of three Ford GTs from over the years. The President later removed the mask for the remainder of the visit."

Trump and his allies have defended his refusal to wear a mask, arguing that because the president and his inner circle are routinely tested for the coronavirus, he does not need to wear a mask.

The Centers for Disease Control and Prevention recommends that individuals wear snug-fitting cloth masks in public settings to help prevent the possible spread of the coronavirus from the mask-wearing individual to others.

Trump starts his tour of Ford’s Rawsonville Plant with four executives in face masks. He isn’t wearing one. pic.twitter.com/GZm6FTdEcv

Later Thursday, Trump announced he would order flags on all federal buildings to fly at half-staff for the next three days to honor those who have died from the coronavirus.