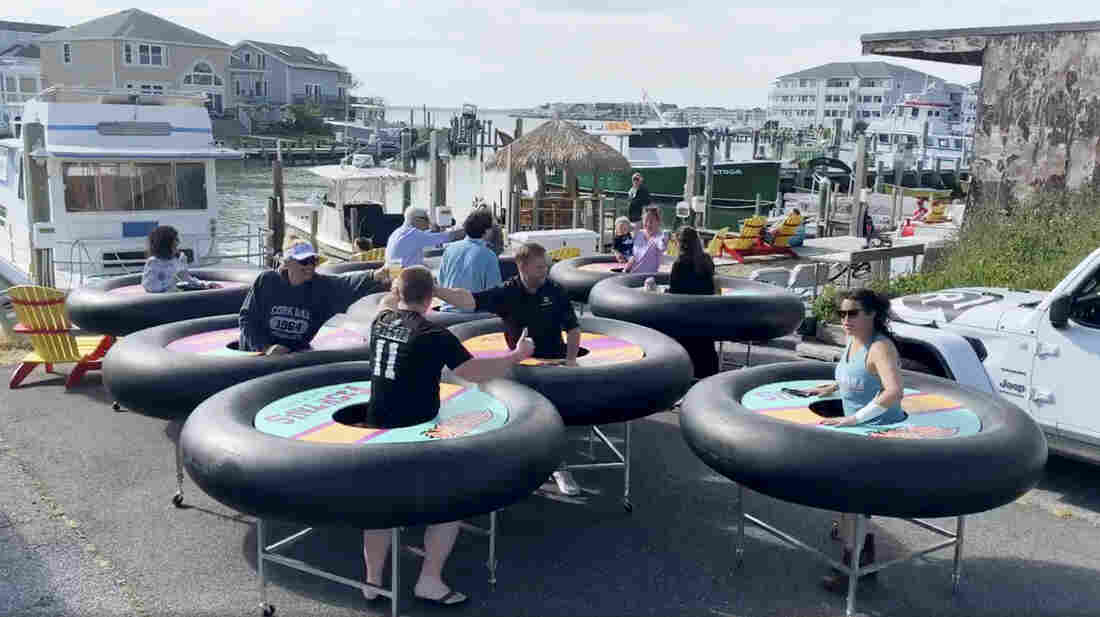 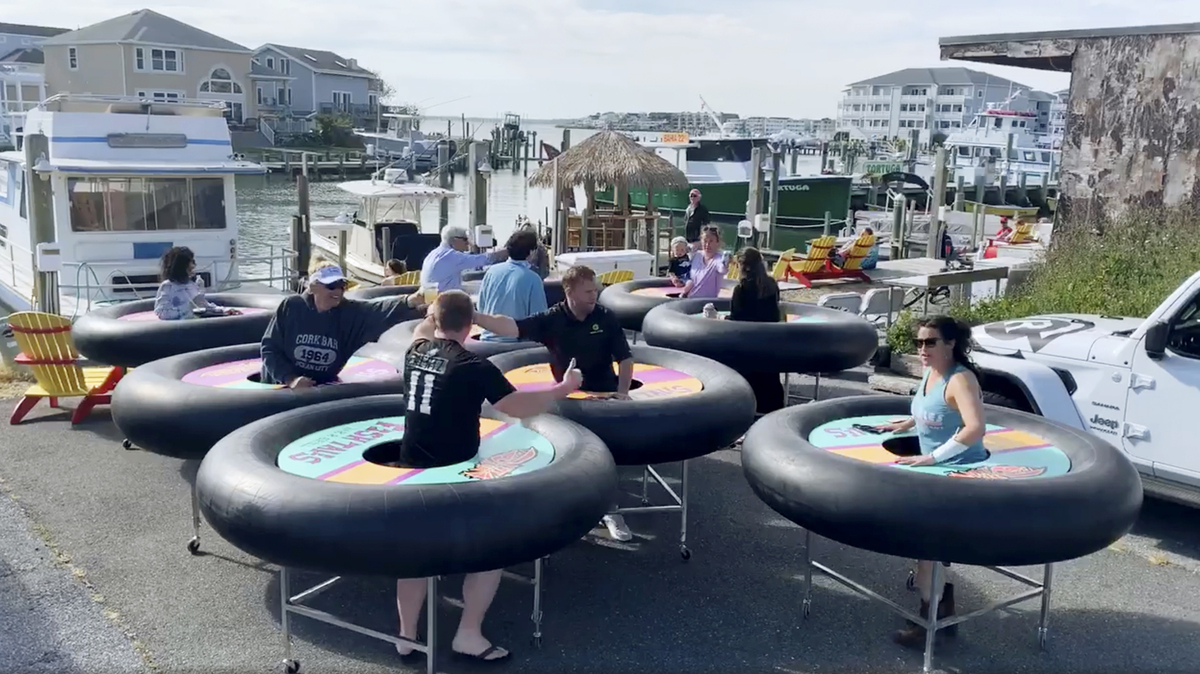 In anticipation of its reopening, Fish Tales Bar & Grill in Ocean City commissioned tables for one that ensconce patrons in jumbo inner tubes. Diners, seated inside the wheeled tables, can scoot around and bump into each other from 6 feet apart in keeping with social distancing guidelines.

"It's like a big baby walker," Fish Tales co-owner Shawn Harman told NPR's Morning Edition. "There's a large tractor inner tube that surrounds a doughnut-shaped countertop. You're standing essentially in the middle of the doughnut hole."

The idea came from his wife's cousin, Erin Cermak, who owns a company called Revolution Events in Baltimore.

When the pandemic started, event planning stopped, so Cermak had to get creative.

"The idea was basically just trying to get ourselves back to events," she said. "So we kind of drew out 6 [feet] on the ground just to kind of visualize it and then worked from there."

Her company is making inventions such as the tables as well as face shields and Plexiglas dividers.

Harman said he isn't sure how Fish Tales will use the bumper tables. Maryland is still limiting restaurants to takeout and delivery orders, with no plans for reopening (whether diners are wrapped in inner tubes or otherwise) until at least the end of May.

"We primarily see them as kind of a novelty," he said. "It's the kind of out-of-the box thinking that you have to do to survive now."

But Harman said he can wait until it's considered safe to introduce the novel attraction to customers.

"We don't wanna go too fast and go backward," he said. "Any way you look at it, that's foolish and more expensive than taking your time and doing it one time."

At least for now, his staff has been having fun testing the tables out.