Accessibility links
Trump Warns Governors Not To Oppose Him On House Of Worship : Coronavirus Updates Trump declares houses of worship "essential" and warns governors not to oppose his instruction that they be allowed to reopen. 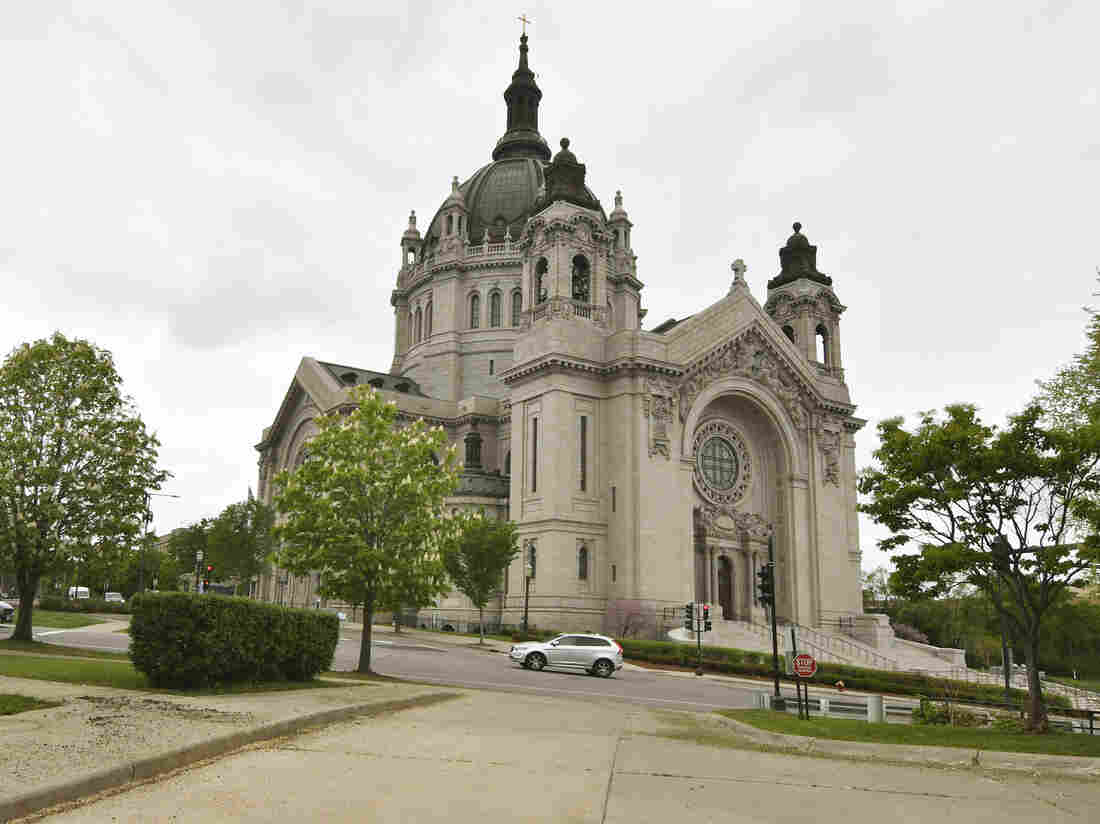 Roman Catholic and Lutheran Church-Missouri Synod congregations in Minnesota plan to resume worship services in defiance of the state's ban on gatherings of more than 10 people. Jim Mone/AP hide caption 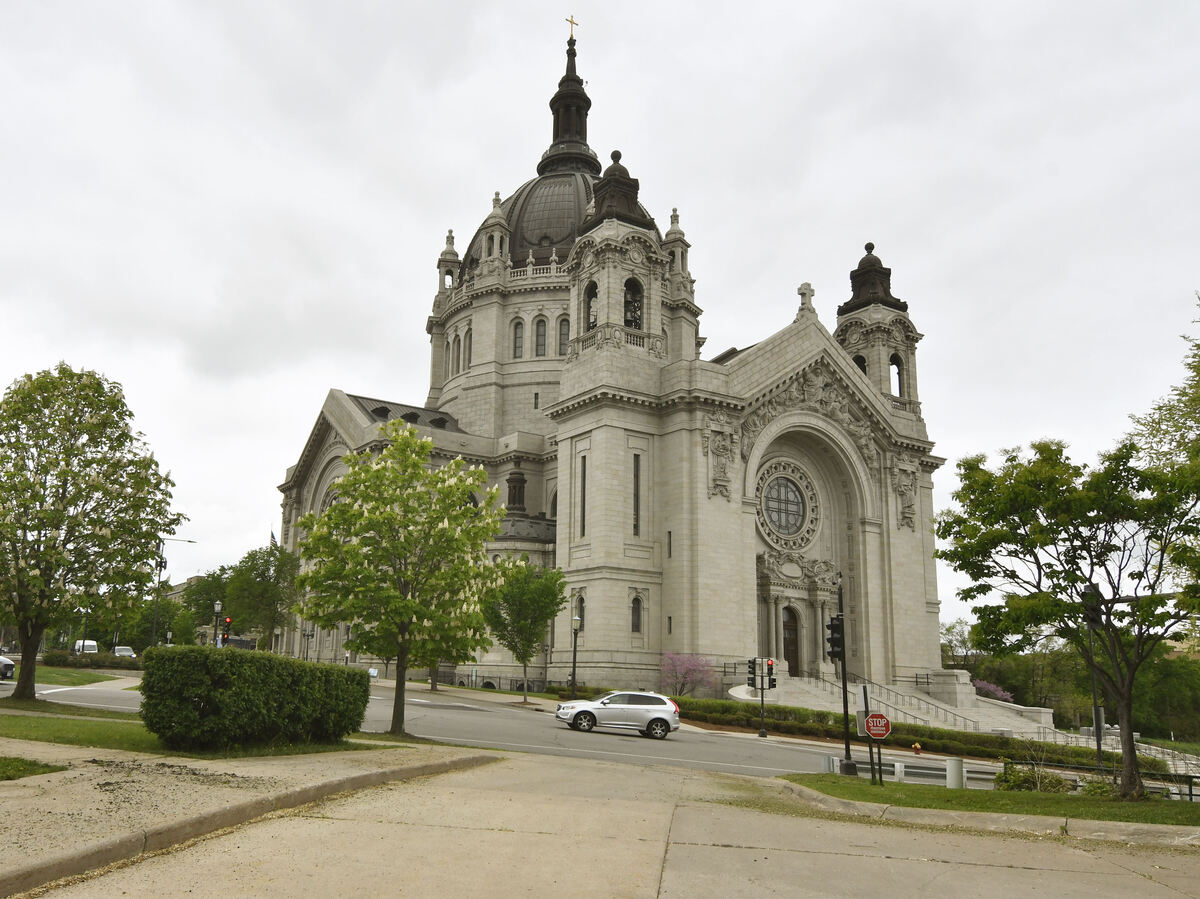 Roman Catholic and Lutheran Church-Missouri Synod congregations in Minnesota plan to resume worship services in defiance of the state's ban on gatherings of more than 10 people.

Houses of worship around the country on Friday got a presidential green light to open immediately.

"I call on governors to allow our churches and places of worship to open right now," President Trump said in remarks at the White House. "These are places that hold our society together and keep our people united," he said. "The people are demanding to go to church and synagogue and to their mosque."

More than 90% of houses of worship have been closed in order to prevent the spread of the coronavirus, and numerous polls have actually shown that a majority of the American public support the restrictions.

The Centers for Disease Control and Prevention promptly issued new guidance to assist faith institutions in their reopening. The guidance replaced an earlier version that was drafted but never released. The new version was worded to make clear it was "non-binding public health guidance for consideration only."

Some of the recommendations from the earlier version were nonetheless retained in some form, including a suggestion that religious leaders "consider suspending or at least decreasing use of choir/musical ensembles and congregant singing, chanting or reciting during services."

The CDC guidance also advised faith leaders to "take steps to limit the size of gatherings in accordance with the guidance and directives of state and local authorities."

In his White House remarks, however, Trump offered no such deference to the the judgment of state and local governments on an appropriate size for church gatherings.

"The governors need to do the right thing and allow these very important, essential places of faith to open right now, for this weekend. If they don't do it, I will override the governors," he said.

Trump's remarks came as some church leaders around the country were mobilizing to reopen in defiance of restrictions. The leader of Minnesota's Catholics, Archbishop Bernard Hebda, announced this week that churches under his authority would reopen despite an order from Gov. Tim Walz barring gatherings of more than 10 people.

"We will resume holding in-person Masses and services in a limited capacity beginning on Tuesday, May 26, whether or not the governor has amended his executive order," Hebda said in a call with reporters.

In California, more than a thousand pastors were said to be preparing to reopen in defiance of Gov. Gavin Newsom's directive on Monday that any return of congregants to their church pews would be "a few weeks away."

Even before Trump's remarks on Friday, his administration had signaled that it was siding with church leaders in their protest movement.

When Jack Hibbs, senior pastor at Calvary Chapel in Chino Hills, Calif., asked Attorney General William Barr during a "pastor call" with administration officials this week whether the Justice Department would support California churches that were determined to reopen, Barr answered, "absolutely," and suggested that restrictive orders in some cases indicated a hostility to faith itself.

"I think the intransigence on this makes me feel that undergirding some of this is really animus against religion," Barr said.

When Trump joined the call, he doubled down on Barr's comments. "Some of these Democrat governors, they'd be happy if you never opened again," he told the pastors.

How churches will respond to Trump's comments is an open question. Many church leaders have chosen to cooperate with state and local health authorities in planning when and how to reopen.

"I don't understand why politics should drive religion quite like it does in these times," said Peter Marty, senior pastor at St. Paul Lutheran Church in Davenport, Iowa, and publisher of the Christian Century magazine.

"I would argue that the Christian community ought to be about thinking wisely and thoughtfully about holding worship services," Marty said. "Not, what are we constitutionally allowed to do, but what is best? What is wisest? Christian witness is all about generous behavior towards the other, and especially the vulnerable other."

In a separate action, the Justice Department on Friday filed a statement of interest in federal court in support of a legal challenge to Illinois Gov. J.B. Pritzker's coronavirus stay-at-home orders.