Accessibility links
Memorial Day Honor Flights Canceled Because Of Coronavirus Crisis : Coronavirus Live Updates Thousands of people who were planning to visit war memorials in Washington, D.C., on Memorial Day had to cancel this year. That includes veterans traveling with the nonprofit network Honor Flight. 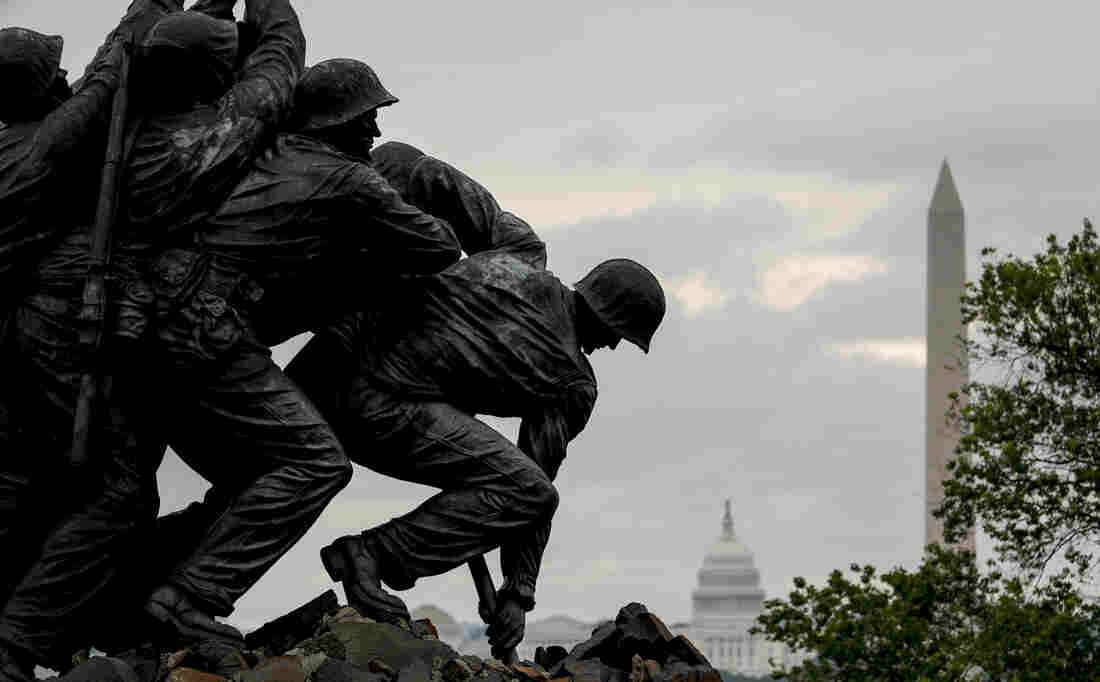 The Washington Monument and the dome of the U.S. Capitol Building are visible behind the U.S. Marine Corps War Memorial in Arlington, Va., on Memorial Day. Andrew Harnik/AP hide caption 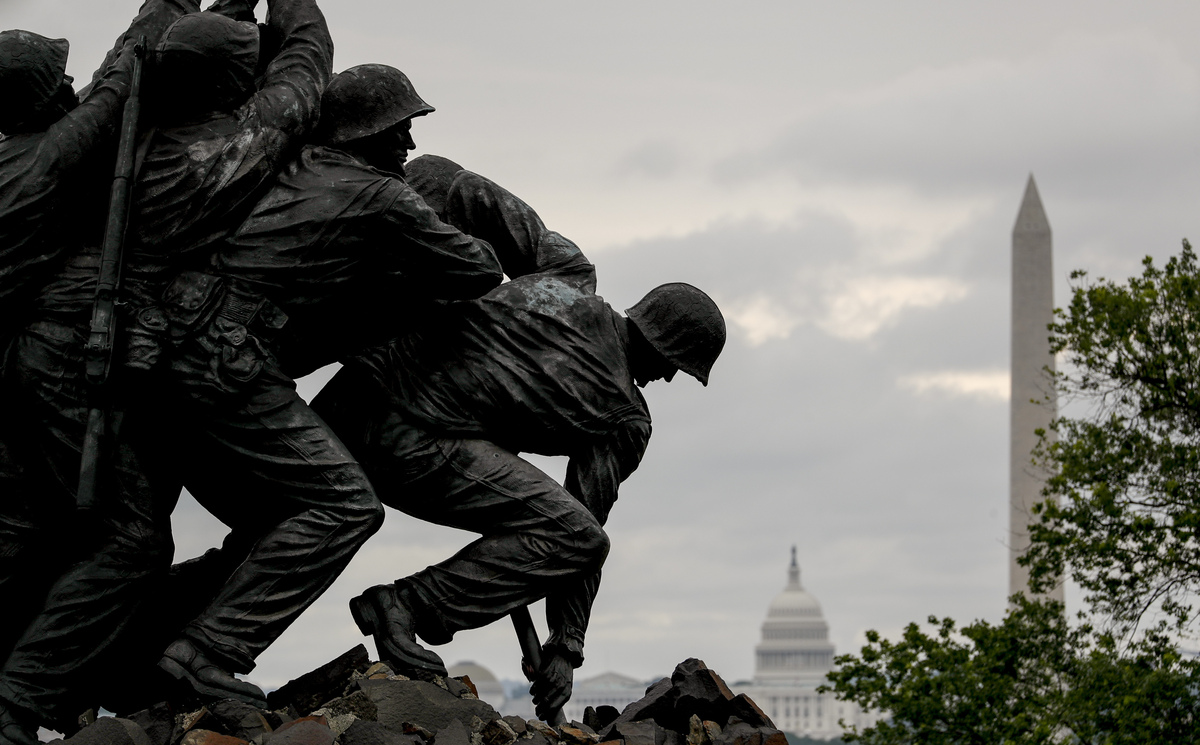 The Washington Monument and the dome of the U.S. Capitol Building are visible behind the U.S. Marine Corps War Memorial in Arlington, Va., on Memorial Day.

Thousands of people who had planned to visit war memorials in Washington, D.C., this holiday weekend were forced to cancel this year because of the coronavirus pandemic. That includes veterans traveling with the nonprofit network Honor Flight, which recently suspended all trips at least until this fall.

"Our veterans that travel with us are still living, so their day is Veterans Day not Memorial Day," says Honor Flight CEO Meredith Rosenbeck. "But they go to honor their friends and comrades, those who have fallen."

Butch Meyer, 73, was scheduled to fly with Honor Flight this spring. He wanted to see his friend David Hollingsworth's name on the Vietnam Veterans Memorial wall.

"Holly was quite the buddy," says Meyer, who did two combat tours. "I had my vehicle blown out from under me. He was the first one to my aid. I got evac-ed out of there, and within two or three hours he had stepped on a mine and was killed. When you lose somebody close like that it impacts you for the rest of your life."

Meyer says he hopes to go in the fall. For some, that could be too long to wait. At 100 years old, Navy nurse Ruth Gunther is hoping she'll have a chance to make the trip to Washington whenever flights resume. She joined up in 1942 and worked treating troops wounded in the Pacific.

"One thing you miss when you get out of the service is that camaraderie that you had," she says, "Everybody that I knew well and kept up with already passed away."

Telling the World War II veterans that the trip was off, was the worst, says Honor Flight's Rosenbeck.

"We know some of our vets won't make it even to the fall if that's when we can fly again, but we knew also our priority is the safety of our veterans," she said.

For some of the vets, making the trip is part of taking care of their health.

"About 10 years ago, my counselor at the VA hospital said I needed to do something," says Vietnam vet Leland Shiro. "I was having so much difficulty emotionally — flashbacks, my sleeping, all that stuff."

Shiro's counselor advised him to go see the Vietnam memorial wall to help master his trauma. Ten years and a few aborted trips later, he was finally ready to go with Honor Flight. Then the pandemic cancelled his trip. Now 71, Shiro says he needs to make sure he doesn't use this as another excuse to avoid facing his demons.

"What it amounts to is it's just one more opportunity to not go, say, 'It ain't gonna happen, I quit,' " Shiro says. "But you know, I can't do that this time."

For all their disappointment this year, veterans know something about the common good, says Meyer, the Vietnam veteran.

"I don't want to be the person who goes out in the street and infects six other people," he says. "My place is to take care and be safe and to make other people safe. That's something we learned in the Marine Corps. You protect your comrades."