Accessibility links
Japan's Shinzo Abe Lifts Coronavirus State Of Emergency As Critics Swarm : Coronavirus Live Updates Even though Japan has not seen the same devastating numbers as some others, its prime minister is still grappling with dissatisfaction at home over what critics call a botched response. 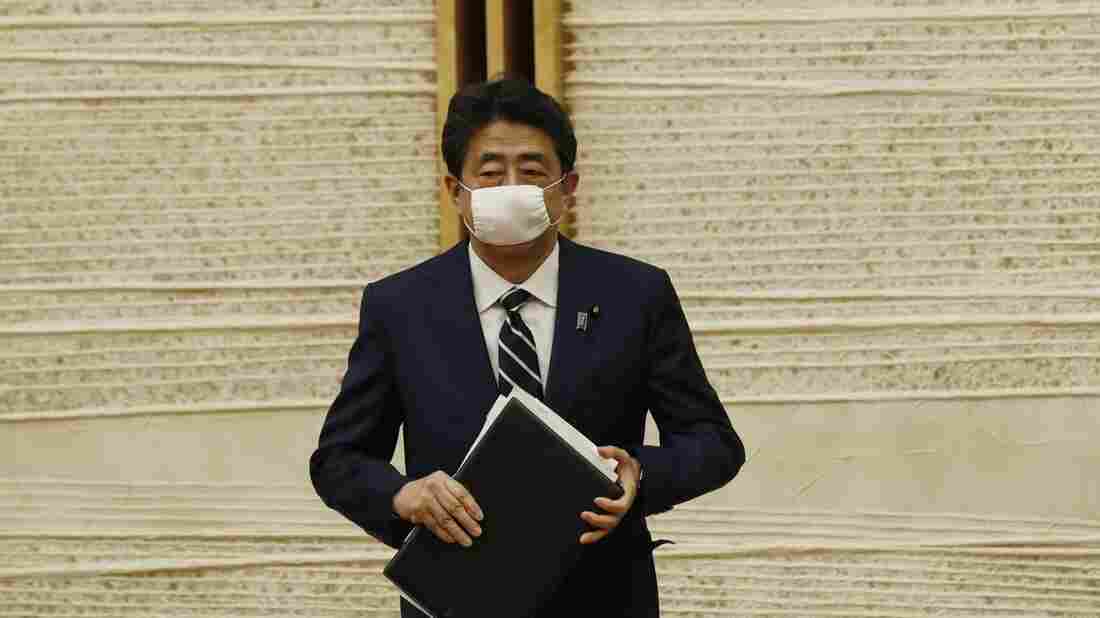 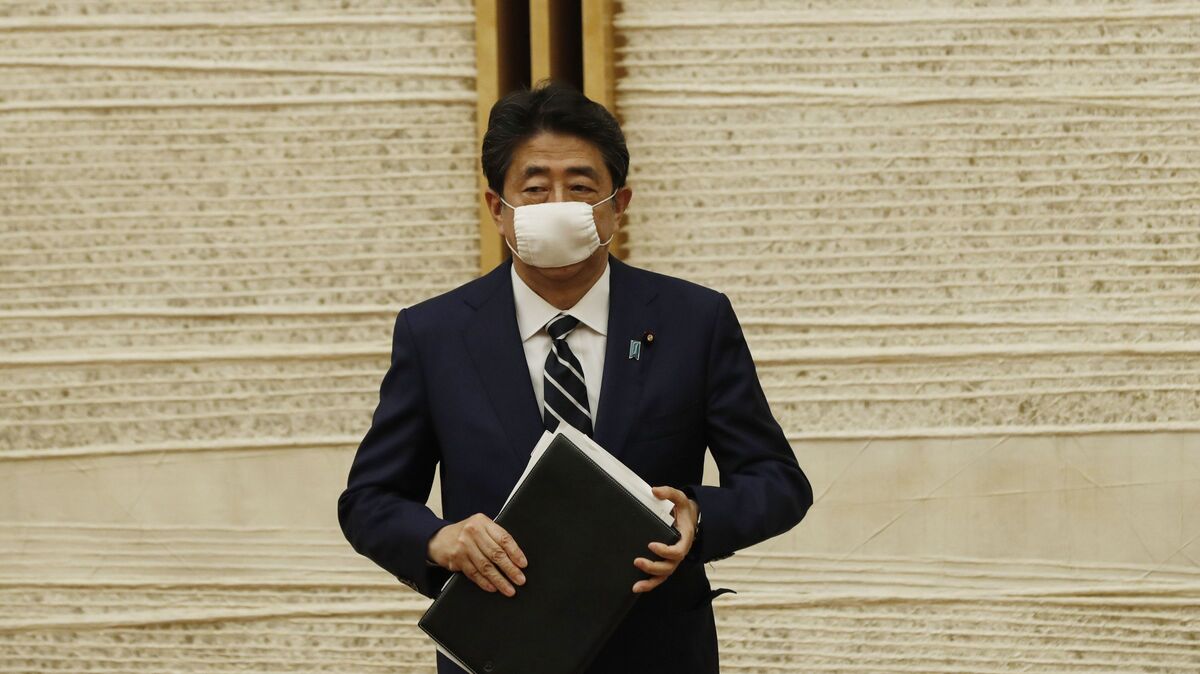 Japanese Prime Minister Shinzo Abe leaves a news conference Monday in Tokyo, after lifting the country's nationwide state of emergency over the coronavirus.

Japan has completely lifted its nationwide state of emergency.

The country's prime minister, Shinzo Abe, announced Monday that officials have loosened the coronavirus restrictions in the last five of the country's 47 prefectures: Tokyo and its surrounding regions, as well as the northern island of Hokkaido.

"We've set some of the most strict criteria in the world to lift the declaration," Abe told a news conference, according to Japanese broadcaster NHK, "and we concluded that prefectures across the country have met that standard."

Japan implemented its state of emergency in Tokyo and nearby prefectures in mid-April and expanded the order less than two weeks later to include the entire country. Last month's announcements came amid a surge of new coronavirus cases in the country, which at one point topped 1,000 confirmed cases in a day — but those numbers have begun to taper in recent weeks, and government officials have been lifting the weeks-long state of emergency piecemeal.

Now, new cases number in the dozens, at most.

"Recently, new infection cases have fallen below 50 for the entire nation," Abe said, "and what was once nearly 10,000 hospitalized cases — that has now fallen below 2,000."

Abe attributed the positive developments to what he touted as the "Japanese model," which included the nationwide state of emergency declaration and rigorous standards for social distancing. He added that the decision to lift the remaining state of emergency orders does not change the recommendation from government health officials to avoid crowded spaces and close contact with others.

Still, the prime minister's response to the virus has attracted its fair share of criticism. A recent survey published by the Japanese newspaper Asahi Shimbun put Abe's approval rating at just 29% — a record low for the longtime leader, whose second stint in power began in 2012. Much of that dissatisfaction is tied to his government's handling of the pandemic, with the world's third-largest economy recently plunged into recession and critics pointing to what they call a botched testing rollout and an inadequate financial relief package.

The prime minister is also grappling with the controversy eddying around his pick for the Tokyo high public prosecutor's office, Hiromu Kurokawa, who, as a prosecutor, critics viewed as too close to Abe and who ultimately resigned last week after reports that Kurokawa violated coronavirus rules.

On Monday, Abe said that while the weeks-long state of emergency is ending, officials expect residents to carry on largely as they have been even as businesses reopen.

"Our businesses and daily routines will be completely disrupted if we continue with strict curbs on social and economic activity," Abe said, according to NHK. "From now on, it's important to think about how we can conduct business and live our lives while still controlling the risk of infection."