Accessibility links
Trump Speaks At Fort McHenry For Memorial Day Service : Coronavirus Live Updates The president spoke at Fort McHenry in Baltimore, where American forces repelled the British during the War of 1812. Trump praised the soldiers now fighting the coronavirus. 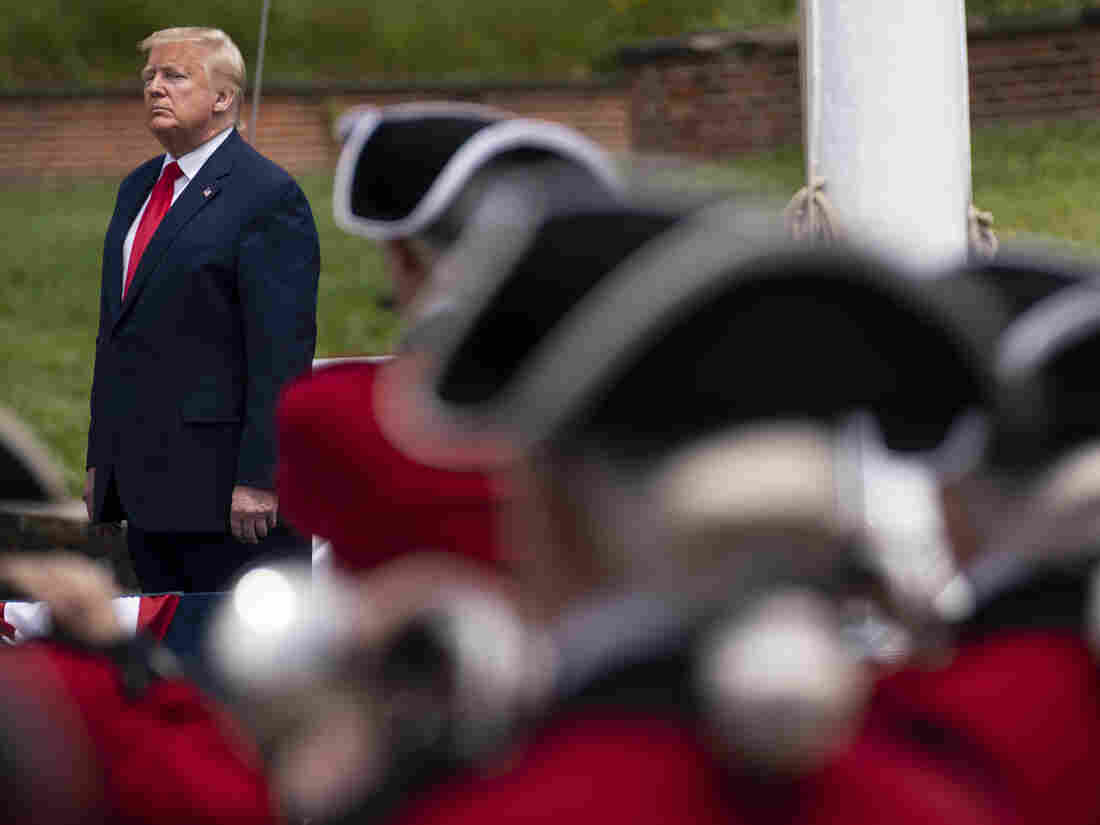 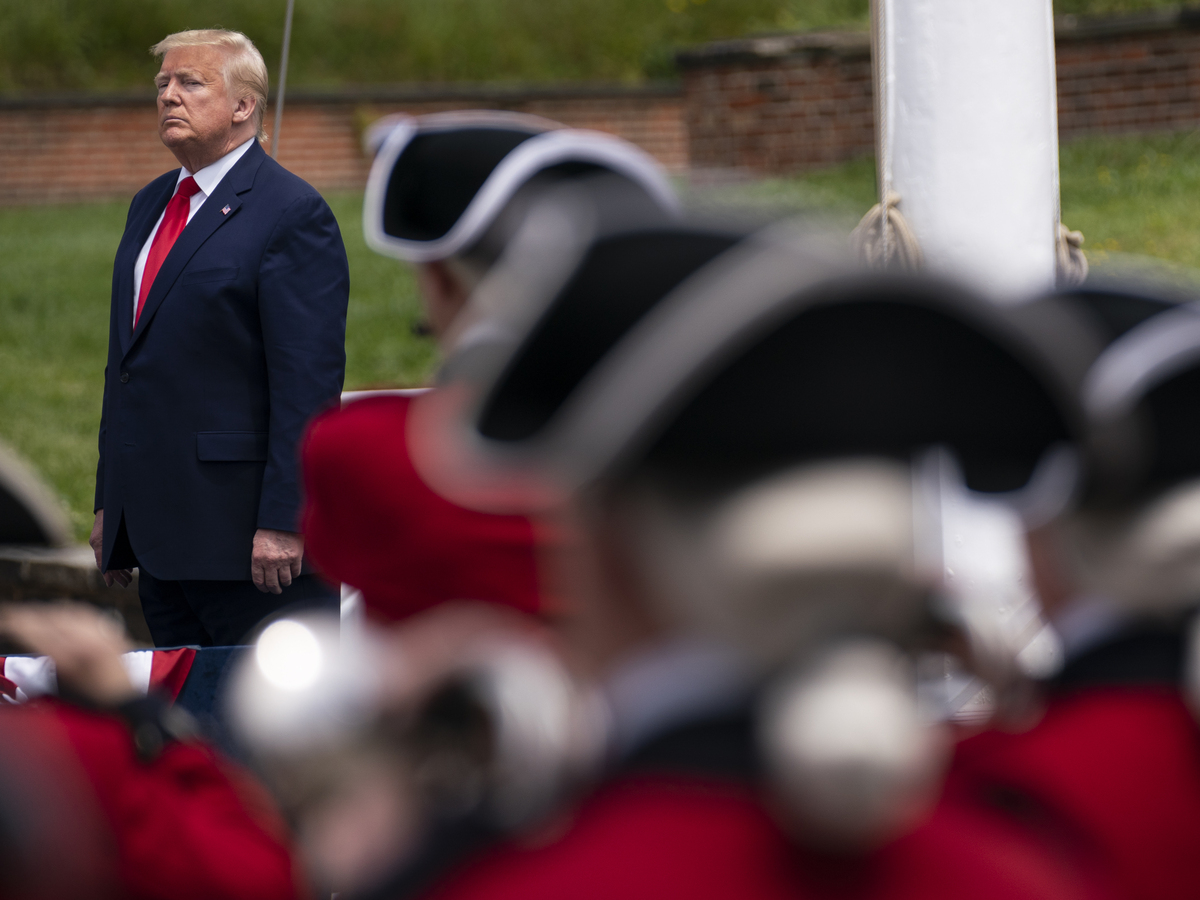 President Trump participates in a Memorial Day ceremony at Fort McHenry in Baltimore on Monday.

As Americans observe a subdued Memorial Day, President Trump visited Fort McHenry in Baltimore to remember those soldiers who have fallen in service of the country.

"I stand before you at this noble fortress of American liberty to pay tribute to the immortal souls who fought and died to keep us free," Trump told the crowd, which included several members of his Cabinet. "We pledge in their cherished memories that this majestic flag will proudly fly forever."

Trump's comments came as the U.S. death toll from COVID-19 stood higher than 97,000, approaching the number of American soldiers lost in the Vietnam and Korean wars combined. In his remarks Monday, Trump began by invoking the country's fight against the coronavirus.

"In recent months our nation and the world have been engaged in a new form of battle against an invisible enemy," Trump said. "Once more the men and women of the United States military have answered the call to duty and raced into danger. Tens of thousands of service members and National Guardsmen are on the front lines of our war against this terrible virus, caring for patients, delivering critical supplies, and working night and day to safeguard our citizens.

"As one nation, we mourn alongside every single family that has lost loved ones, including the families of our great veterans. Together we will vanquish the virus and America will rise from this crisis to new and even greater heights."

Fort McHenry is best known for its role in the War of 1812. American soldiers there repelled a British attack on the Baltimore Harbor in 1814. The attack inspired Francis Scott Key, who witnessed the battle, to write the poem "Defence of Fort M'Henry," which provided the lyrics for "The Star-Spangled Banner."

"Every time we sing our anthem, every time its rousing chorus swells our hearts with pride, we renew the eternal bonds of loyalty to our fallen heroes," Trump said Monday.

The president's visit to Baltimore was not without controversy. Last week Mayor Jack Young said Trump might be violating the city's stay-at-home order, which limits nonessential trips. Young worried that a presidential visit could divert police resources that were needed elsewhere. Baltimore Council President Brandon Scott also asked the president to stay home and "set the right example."

Just before speaking in Baltimore, Trump paid his respects at the Tomb of the Unknown Soldier at Arlington National Cemetery. Trump briefly placed his hand on the wreath, before standing at attention and saluting as a military bugler played taps.