Accessibility links
Federal Government Approves Methadone Deliveries During Pandemic : Coronavirus Updates The highly regulated medication for opioid addiction has to be taken every day, otherwise patients risk a painful withdrawal. Normally, doses have to be picked up from a treatment center. 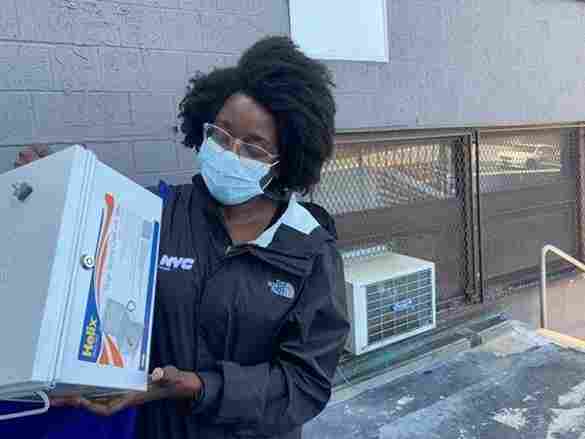 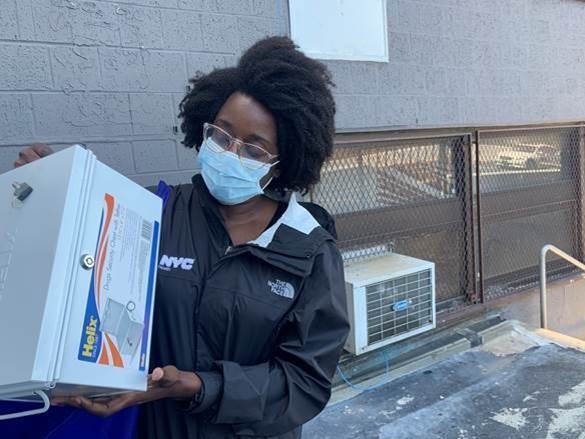 New York City launched a methadone delivery program last month so that patients won't have to leave home during the pandemic to get their next dose. Methadone, a highly regulated medication for opioid addiction, has to be taken every day, otherwise patients risk a painful withdrawal.

Normally, methadone has to be picked up from a treatment center. But now, the federal government says patients in quarantine can get their methadone delivered to them, if they follow security protocols.

Earlier this month, Ana Pagan, 57, had her medication delivered to her house in East New York, Brooklyn for the first time.

"I don't know how to say how I feel because it's too many emotions going through, but it's wonderful," she says.

Pagan got on methadone eight years ago to fight a heroin addiction, and normally she has to trek to downtown Brooklyn every couple of days to get her supply. Now, she says she's grateful that she won't have to make that trip during social distancing measures amid the pandemic.

"I love that I don't have to go out, especially now because I'm scared. I really am."

New York City has the capacity to make 1,300 of these deliveries every month. But since the program started in mid-April, only 70 deliveries have been made. That's according to Dr. Denise Paone, a research director at the health department who helped design the program.

"There are also concerns like is the person stable enough? Do they have a safe place to store their medication?" Paone tells NPR.

Paone says the city is trying to ramp up the number of referrals to the program by hosting webinars and daily calls with doctors to answer questions.

Nick Langworthy, chairman of the New York State Republican Party, says he would rather see the health department hand out personal protective equipment to law enforcement officers than invest in this delivery program.

"Methadone abuse is a very real problem and at it's best it should only be administered under the care and direct supervision of a treatment facility," he says.