Accessibility links
National Women's Soccer League To Return In June For Tournament : Coronavirus Live Updates All players, officials and staff members will be tested two days before arrival in Utah and subject to consistent coronavirus testing and symptom review through the tournament. 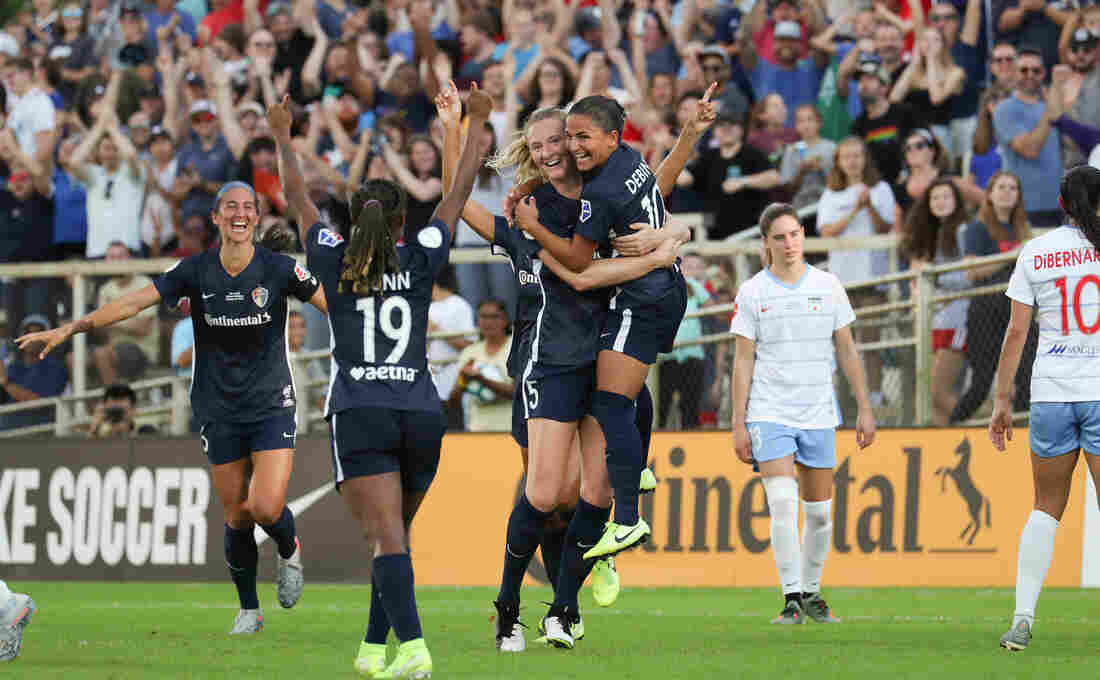 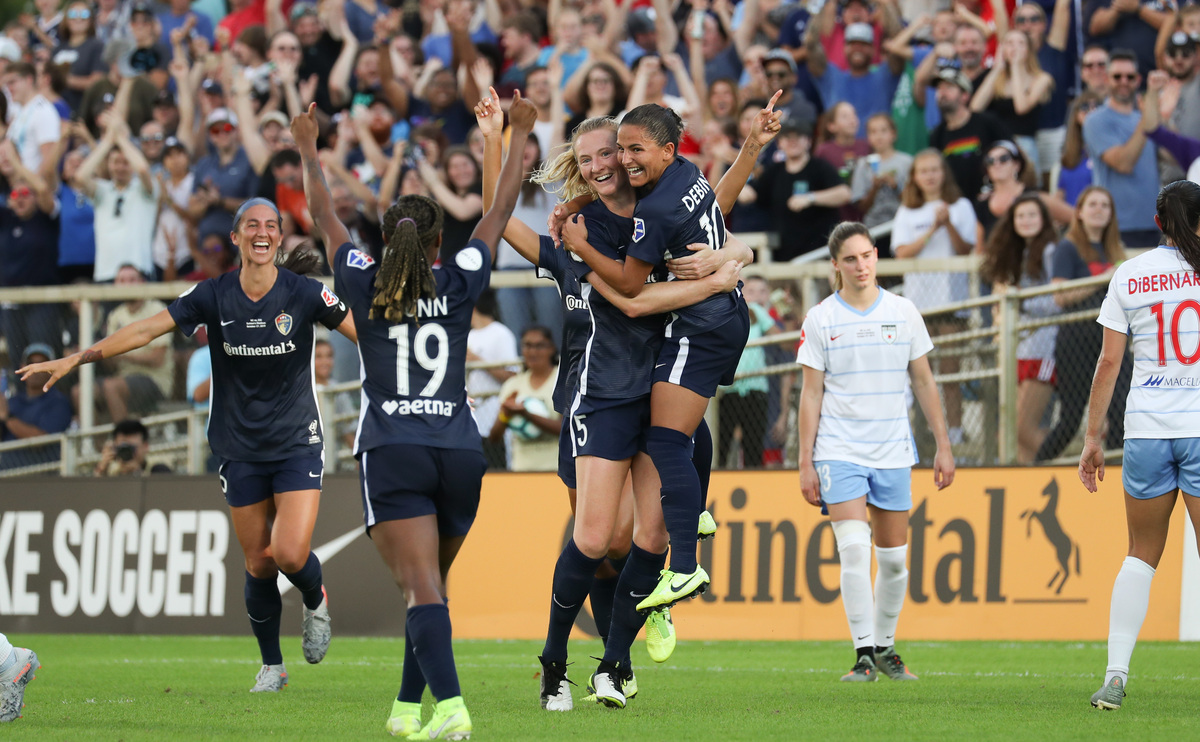 The National Women's Soccer League hasn't played a game since October, when the North Carolina Courage won the 2019 league championship.

The National Women's Soccer League announced Wednesday that it will return in June to play a 25-game tournament without fans.

The league's nine teams are set to gather in Utah to play for 30 days, according to a statement the league sent out Wednesday. All players, officials and staff members will be tested two days before their arrival in Utah and will be subject to consistent coronavirus testing and symptom review during the tournament, according to the statement.

The matches will be played in stadiums in the suburbs of Salt Lake City. The teams will begin the tournament at the smaller Zions Bank Stadium and play the semifinals and finals in Rio Tinto Stadium, home of the hosting Utah Royals FC.

According to the league's protocols, facilities will close immediately if a player or staff member tests positive for the coronavirus. Then contact tracing will take place for all individuals on the team of the infected person and an opposing team if a game took place within 48 hours of the positive test.

The league hasn't played a game since October when the North Carolina Courage won the 2019 NWSL Championship. The upcoming tournament is set to start on June 27, with the championship match slated for July 26.

"As our country begins to safely reopen and adjust to our collective new reality, and with the enthusiastic support of our players, owners, as well as our new and current commercial partners, the NWSL is thrilled to bring professional soccer back to the United States," NWSL Commissioner Lisa Baird said in a statement.

U.S. Soccer also released a statement in support of the NWSL tournament, noting that each player will have the option to participate in the event.

"Everyone at the league and individual clubs have put in a tremendous amount of hard work to make sure the environment in Utah will be as safe as possible for all involved, and we are looking forward to the return of the NWSL as women's soccer continues to grow and prosper," U.S. Soccer said.

The New York Times reported Wednesday that it's unclear how many of the U.S. women's national team players, who won the World Cup last summer, will choose to participate in the event. The Times reported that some players have cited concerns about the coronavirus pandemic or the possibility of injuries due to the compressed schedule and games played on artificial turf.

Television network CBS will broadcast the opener and final, and other games will be aired on CBS' streaming platform. Outside the U.S. and Canada, the games will be streamed on Twitch.