Accessibility links
Boeing Cuts More Than 12,000 Jobs Due To Drop In Air Travel : Coronavirus Live Updates The number of people traveling by air has plummeted more than 90% since the beginning of March. More than half of the employees losing their jobs are being laid off involuntarily. 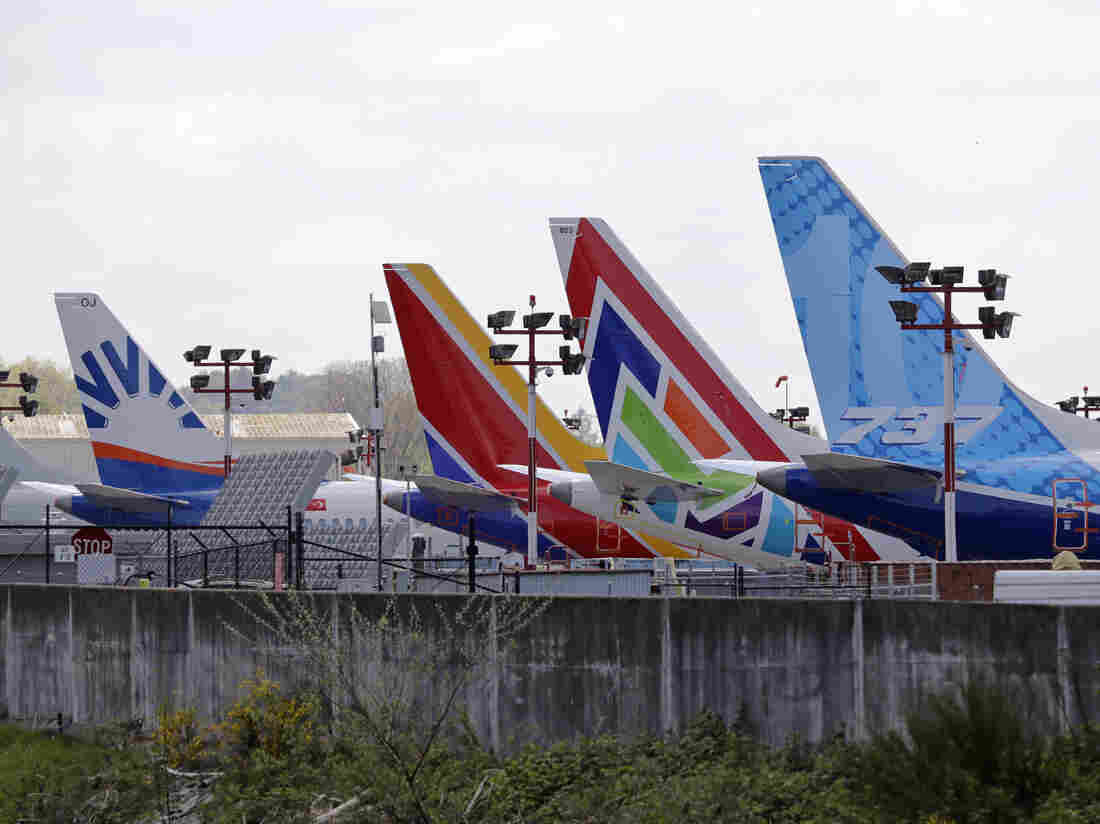 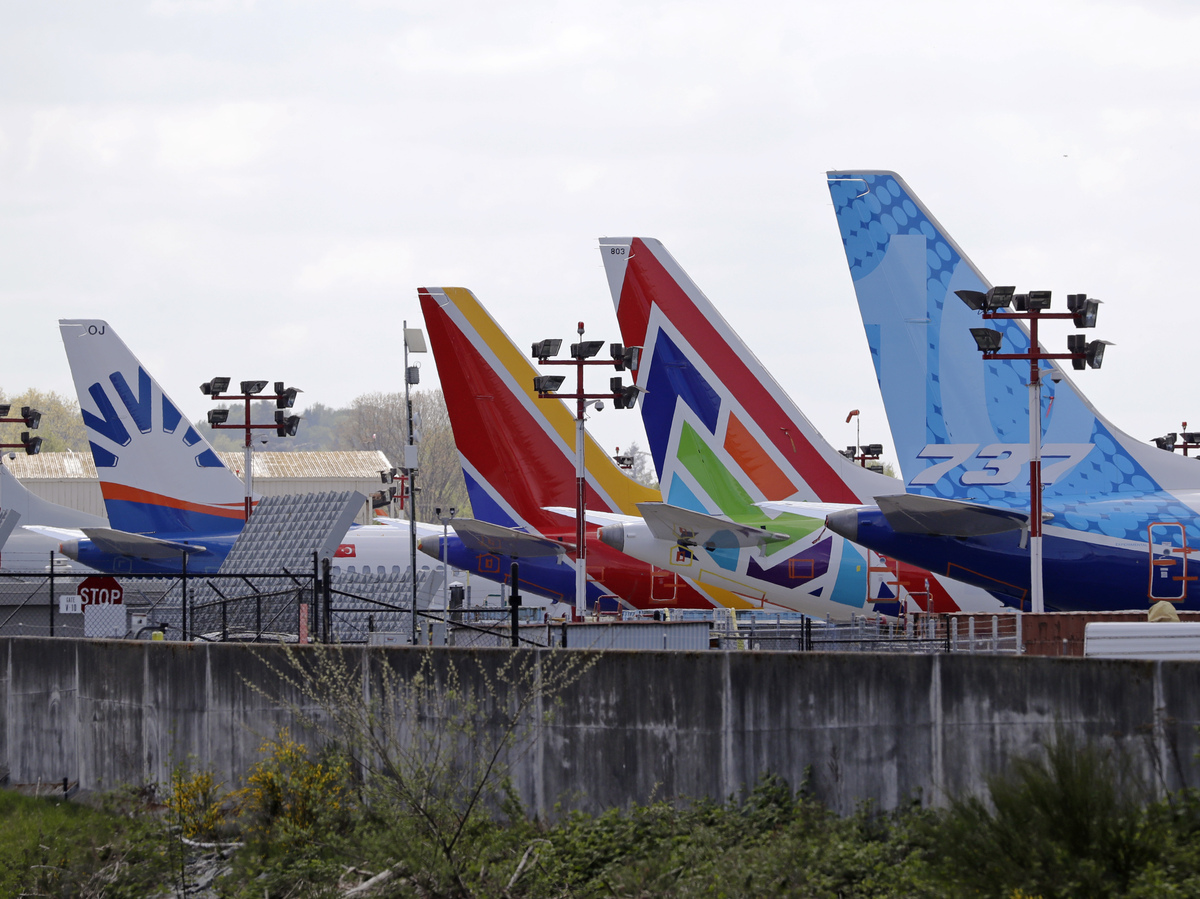 A line of Boeing 737 MAX jets sit parked on the airfield adjacent to a Boeing production plant last month in Renton, Wash. Boeing now says it is cutting thousands of jobs.

Boeing is cutting more than 12,000 jobs as the Chicago-based airplane manufacturer copes with the sudden drop in air travel demand due to the coronavirus pandemic.

The news comes the same day the company announced it is restarting production of its troubled 737 Max airplane, which has been shut down since January. Two Max plane crashes five months apart in 2018 and 2019 that killed 346 people led global regulators to ground the plane and started a severe financial crunch at Boeing long before the coronavirus pandemic dealt a devastating blow to air travel demand.

The number of people traveling by air has plummeted more than 90% since the beginning of March, and even though airlines saw a slight uptick in passenger traffic over the last couple of weeks, demand is still far below where it was last year at this time.

Financially beleaguered airlines are deferring and canceling orders for new planes. In April, Boeing did not book a single new aircraft order for the second month this year and airlines canceled orders for 108 jets. The company is moving to cut costs to match that slump in its core business.

Boeing CEO David Calhoun told employees in an email that the "pandemic's devastating impact on the airline industry means a deep cut in the number of commercial jets and services our customers will need over the next few years, which in turn means fewer jobs on our (factory) lines and in our offices." He added, "I wish there were some other way."

Calhoun announced in April that the company would need to reduce its workforce by 10%, meaning 16,000 jobs would be need to be eliminated.

In a statement Wednesday, Boeing said it had approved voluntary layoffs for more than 5,500 employees. Those are workers with enough seniority to receive cash incentives to leave the company. Nearly 6,800 additional workers will begin receiving involuntary layoff notices this week.

Boeing's statement indicates there will be more layoffs coming. "Today's numbers represent the largest segment of layoffs. The several thousand remaining layoffs will come in additional tranches over the next few months," the statement said.

In the longer term, Boeing has much of its future tied to whether it can get approval for the 737 Max to fly passengers again, and whether airlines and ultimately travelers will feel comfortable flying in the troubled plane.

The Max is Boeing's bestselling commercial jet ever, and it had close to 5,000 of the planes on back order before it was grounded in March of last year.

In fact, Boeing kept producing dozens of 737 Max jets each month while it was grounded, as it tried to come up with a quick fix for a flawed flight control system that is partially to blame for the deadly crashes.

But after multiple delays in developing a software fix, and upon discovering other problems with the plane, Boeing halted Max production in January.

With the company now hoping to finally get regulatory approval for its fixes by the end of summer, Boeing is restarting the 737 production line at a low rate.