Accessibility links
Michigan Barbershop Must Close, The Court Of Appeals Rules : Coronavirus Live Updates In a reverse decision, the judges say that barber Karl Manke, who refused to close his shop in defiance of Democratic Gov. Gretchen Whitmer's shutdown order, must shutter.

Michigan Appeals Court Says Barbershop Must Close Despite Its Protests

Michigan Appeals Court Says Barbershop Must Close Despite Its Protests 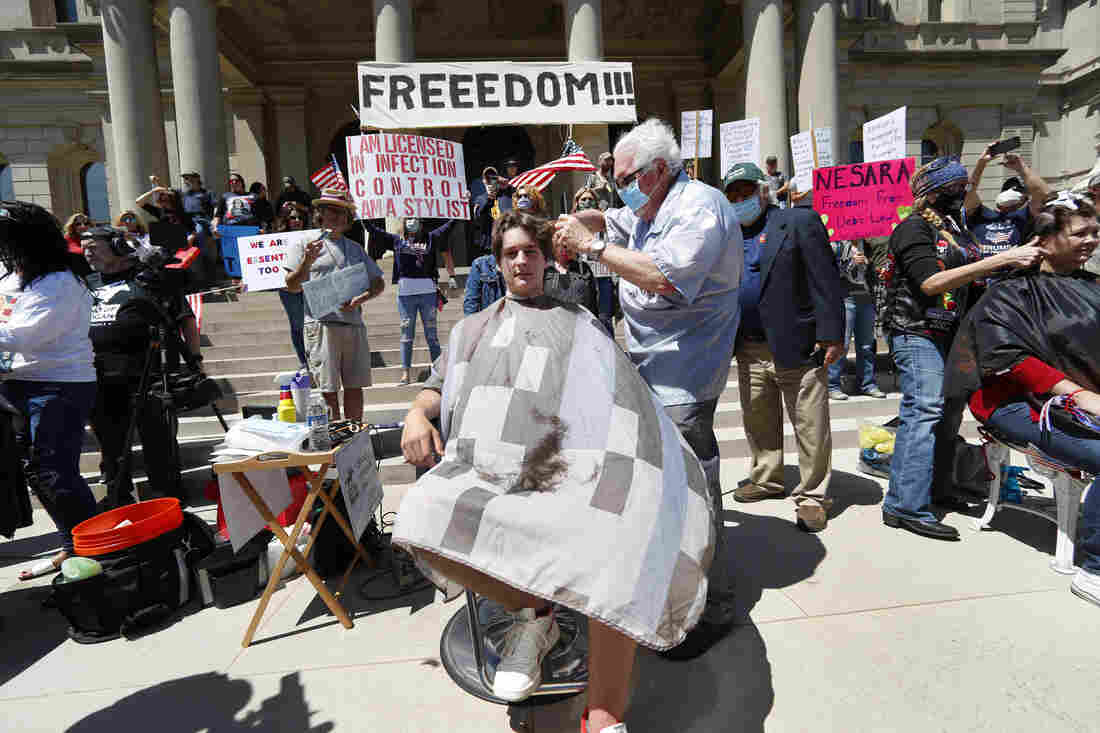 Barber Karl Manke, of Owosso, Mich., gives a free haircut to Parker Shonts on May 20 on the steps of the State Capitol. On Thursday, the Michigan Court of Appeals says Manke must close his barbershop. Paul Sancya/AP hide caption 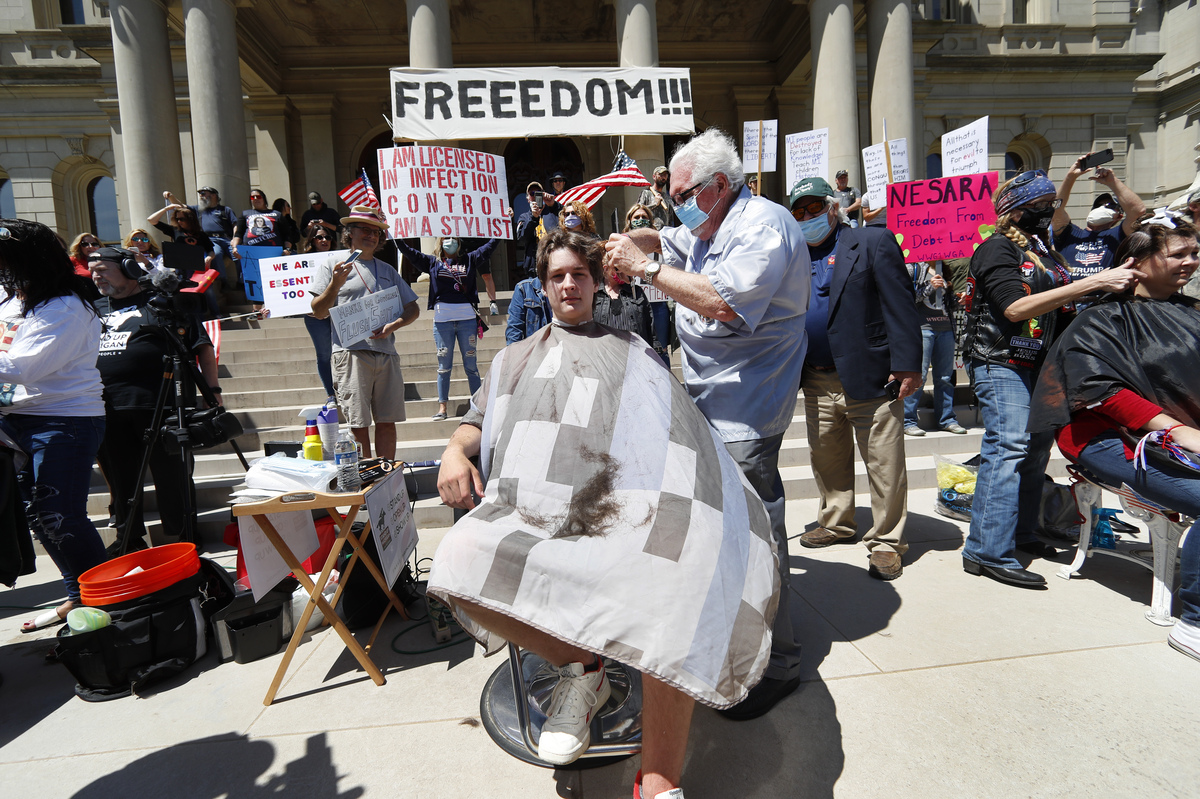 Barber Karl Manke, of Owosso, Mich., gives a free haircut to Parker Shonts on May 20 on the steps of the State Capitol. On Thursday, the Michigan Court of Appeals says Manke must close his barbershop.

A Michigan Court of Appeals panel says a lower court judge got it wrong by refusing to enforce an order to shut down Owosso, Mich., barber Karl Manke, who gained fame or notoriety for cutting hair in defiance of Democratic Gov. Gretchen Whitmer's COVID-19 emergency orders. The orders include a ban on barbers and hair salons doing business during the declared crisis.

Manke's refusal to follow the Democratic governor's shutdown order sparked a May 20 demonstration in front of the Michigan Capitol. Dozens of barbers and hairstylists openly defied the order with free haircuts. The Michigan State Police issued seven citations at the demonstration.

Manke's attorney argued, among other things, that the order to pull his barber's license and close his shop violated his First Amendment right to protest the reach of the governor's executive orders.

The Court of Appeals disagrees:

"Here, the State has an important governmental interest in containing the spread of COVID-19," the decision reads, then continues to say that the governor's executive order is "directed at that interest and not at any speech or expressive conduct."

The majority decision said Shiawassee Circuit Court Judge Matthew Stewart should have granted the state's request to enforce the shutdown order and that he should not second-guess the actions of Whitmer and her experts as they try to manage a public health crisis.

Manke could appeal the decision to the Michigan Supreme Court, but, in the meantime, his license remains suspended.

One appeals court judge, Brock Swartzle, issued a partial dissent from two other judges on the panel who made the decision. Within minutes of the decision going public, Swartzle announced he is seeking the Republican nomination to run for a seat on the Michigan Supreme Court.