Accessibility links
Pennsylvania Democrats Say Republican Kept Positive Test Under Wraps : Coronavirus Live Updates Democrats in Pennsylvania's House say they were kept in the dark for a week when a Republican colleague, who had been working in the State Capitol, tested positive for the coronavirus. 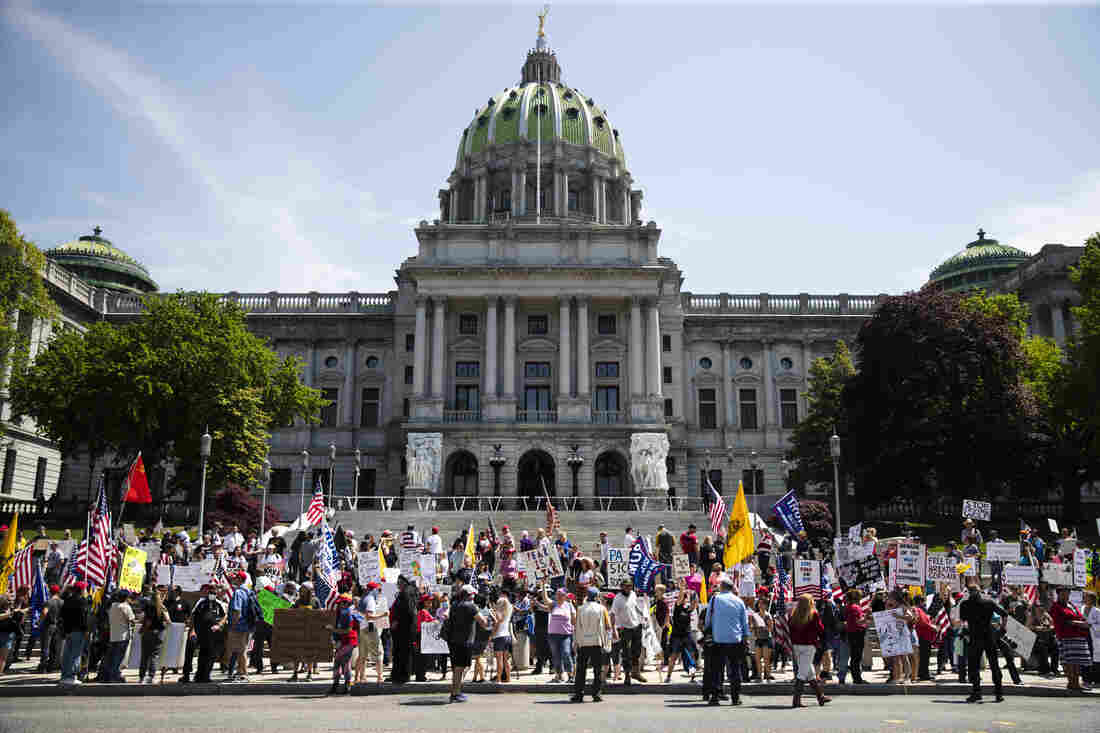 Protesters demonstrate during a rally against Pennsylvania's stay-at-home order at the state Capitol in Harrisburg, May 15. While the public is temporarily banned from the capitol due to the coronavirus outbreak, lawmakers, including one who recently tested positive, are allowed to enter the building. Matt Rourke/AP hide caption 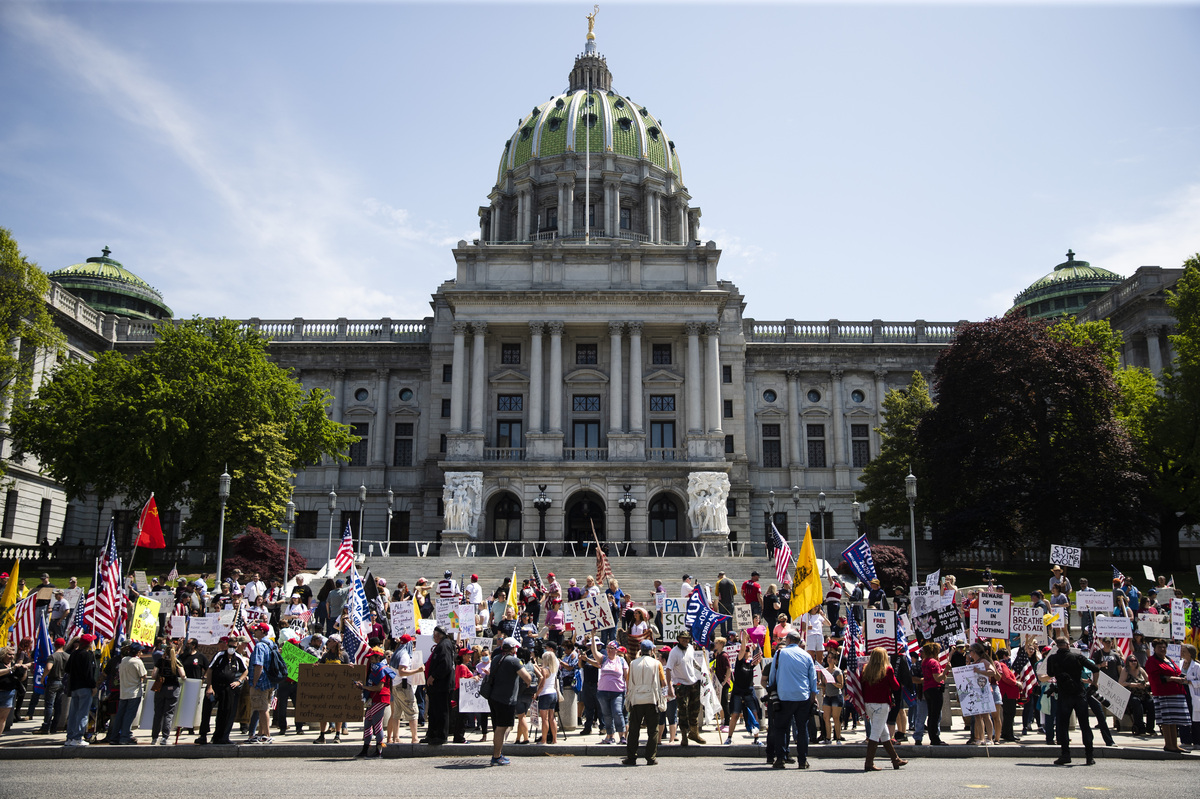 Protesters demonstrate during a rally against Pennsylvania's stay-at-home order at the state Capitol in Harrisburg, May 15. While the public is temporarily banned from the capitol due to the coronavirus outbreak, lawmakers, including one who recently tested positive, are allowed to enter the building.

Even though the Pennsylvania House approved rules changes in March to allow nearly all members to vote remotely, some lawmakers have returned to the Capitol in Harrisburg to conduct business.

One of them, Republican state Rep. Andrew Lewis, said Wednesday that he was tested for the coronavirus on May 18 and his test came back positive on May 20. He says his last day working in the state Capitol was May 14.

The announcement raised questions about how many other lawmakers were exposed to the coronavirus, whether they were tested and who was notified about a potential risk.

Some Democratic lawmakers wrote on Twitter that they weren't notified about Lewis's case until Wednesday, a week after he got his test results back. In a statement, Democratic Leader Frank Dermody criticized House Republicans for not sharing the information more broadly.

"What makes this situation even more galling is that some House members, a vocal few, have attempted to make a virtue out of not wearing a mask when in close proximity to others," Dermody said.

"...This attitude shows a fundamental lack of respect for fellow lawmakers, our staff and our families back home. On their behalf, we are demanding more answers about this than we've received thus far."

In his statement, Lewis said he experienced mild symptoms, a fever that lasted about 24 hours, and a brief cough. He said he has recovered and completed a quarantine period, which he implied began when he was exposed to the coronavirus and not when he was diagnosed with it.

In a video message on Wednesday, Lewis said he wore a mask and didn't shake any hands on May 14 — which he said was his last day in the Capitol.

"It's pretty much a ghost town at the Capitol right now — the cafeteria's closed — so I actually only interacted with a handful of folks, like maybe four or five people," Lewis said in a Facebook livestream video.

Lewis said two state lawmakers who sit near him were both notified, as were others he had contact with on May 14.

During the coronavirus pandemic, Republican lawmakers, who control the Pennsylvania House and Senate, have tried to push Democratic Gov. Tom Wolf to allow more businesses to reopen. Wolf on May 19 vetoed a bill that would have required him to allow car dealers, barbers, hairdressers, messenger services, pet groomers and manufacturing operations to open statewide.