Trump Officials Defend Their Handling Of Worker Safety During Coronavirus

Trump Officials Defend Their Handling Of Worker Safety During Coronavirus 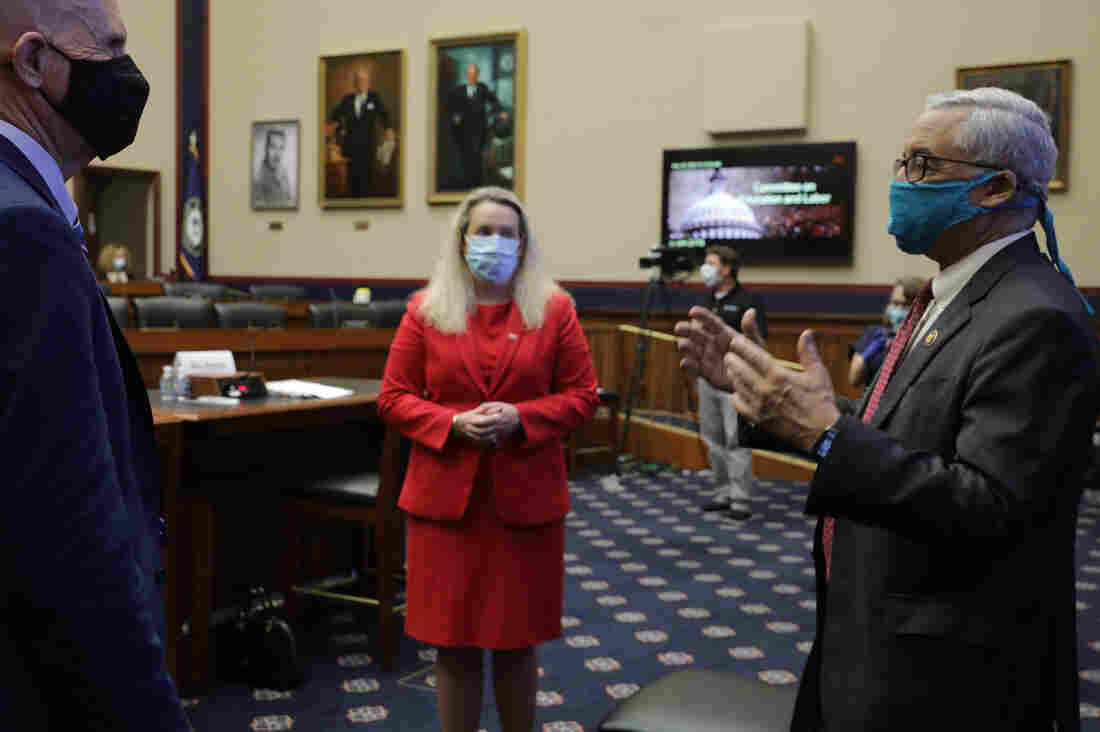 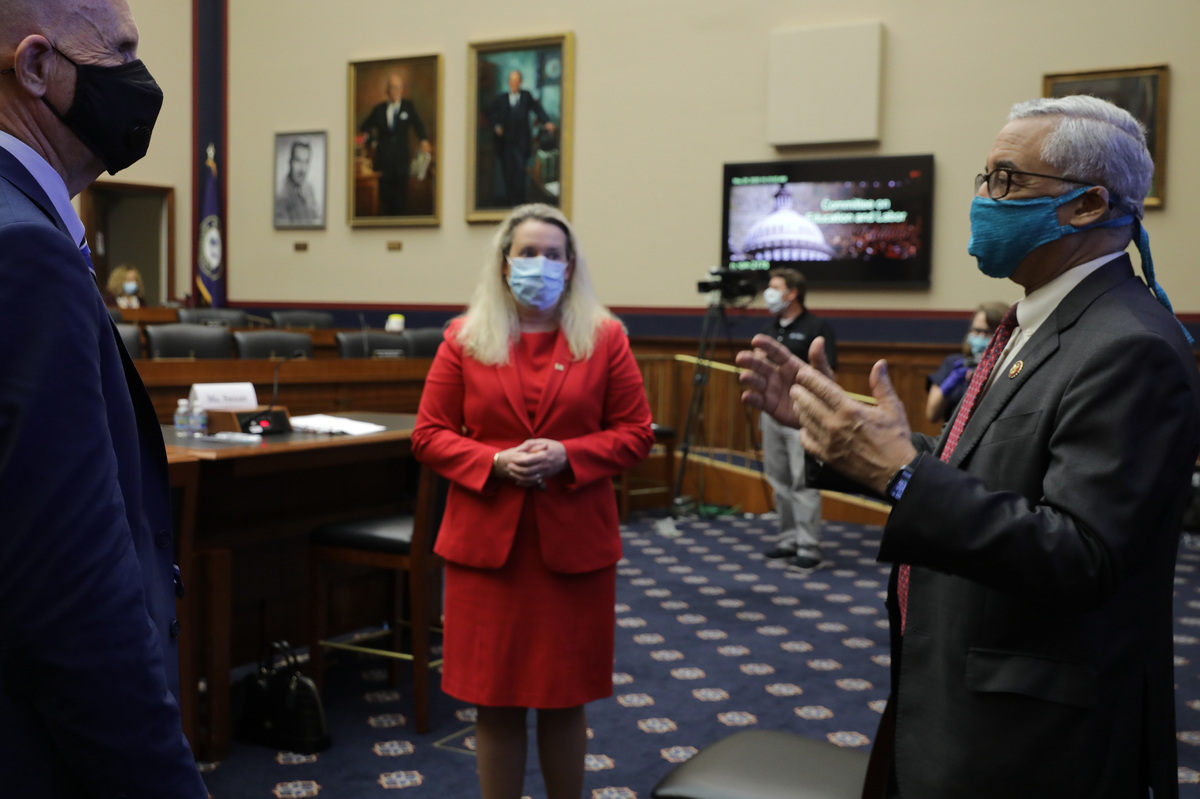 Trump administration officials defended their handling of worker safety during the COVID-19 pandemic at a congressional hearing Thursday in Washington, D.C. But they acknowledged a grim new tally of deaths among doctors and nurses is "likely to be an underestimate," according to testimony from Dr. John Howard, head of the National Institute for Occupational Safety and Health, a division of the Centers for Disease Control and Prevention.

This week the CDC raised dramatically its assessment of healthcare worker infections to more than 62,000, with at least 294 medical industry deaths linked to the coronavirus. Howard said federal officials still aren't able to track the number of workers getting sick from the coronavirus in any industry or region of the country "due to data collection challenges arising from the pandemic."

"OSHA quickly pivoted to focus intensely on giving employers and workers the guidance they need to work safely in this rapidly changing situation," Sweatt said.

OSHA is currently investigating more than 5,000 complaints from workers linked to COVID-19 risks in the workplace. Sweatt testified her agency has focused largely on convincing employers to resolve safety problems quickly and voluntarily. Only one company has been cited for wrong-doing since the outbreak began.

One focus of Thursday's hearing was a set of new infectious disease regulations, designed to better protect workers during a pandemic like this one. The Trump administration shelved those proposed standards in 2017. Sweatt said existing rules and voluntary guidance measures already give federal agencies enough tools to protect workers.

She also suggested the regulations had "languished" previously under the Obama administration. But a review of federal documents by NPR found Obama-era officials worked steadily on new infectious disease standards for airborne and contact pandemics, following the standard process for implementing new regulations.

Work on the rules stopped after President Trump took office.

Republicans on the House Labor and Education committee praised that decision, suggesting the new rules would place an undue burden on business owners during an economic crisis. Rep. Virginia Foxx of North Carolina said companies are already doing their best to protect people on the job. "Every employer wants his or her workers kept safe, they are their most valuable assets," she said.

But as the country moves to reopen and more Americans head back to work, Democrats on the panel argued infectious disease ruled should be adopted quickly as an emergency order. "Deep into this pandemic OSHA still hasn't developed any enforceable standards for employers to follow that can protect workers from airborne transmission," said Rep. Alma Adams (D-NC).

The lack of regulatory standards meant the Trump administration was able to relax voluntary safety guidelines repeatedly as the coronavirus spread and shortages of personal protective equipment became dire. Many hospitals, nursing homes and other workplaces were allowed to ration and reuse equipment even as workers got sick.

In his testimony, Howard acknowledged the CDC's decision to allow hospitals and other workplaces to force workers to reuse personal safety equipment wasn't based on conclusive evidence they would be protected from infection.

"The science about decontamination is relatively new and I mean very new," he told lawmakers, suggesting the practice should only be used as a last resort.