Accessibility links
McConnell Says Next Coronavirus Aid Bill Will Be The Last : Coronavirus Live Updates The next round of coronavirus aid will be narrowly focused and will not extend federal unemployment assistance, the Senate majority leader says. 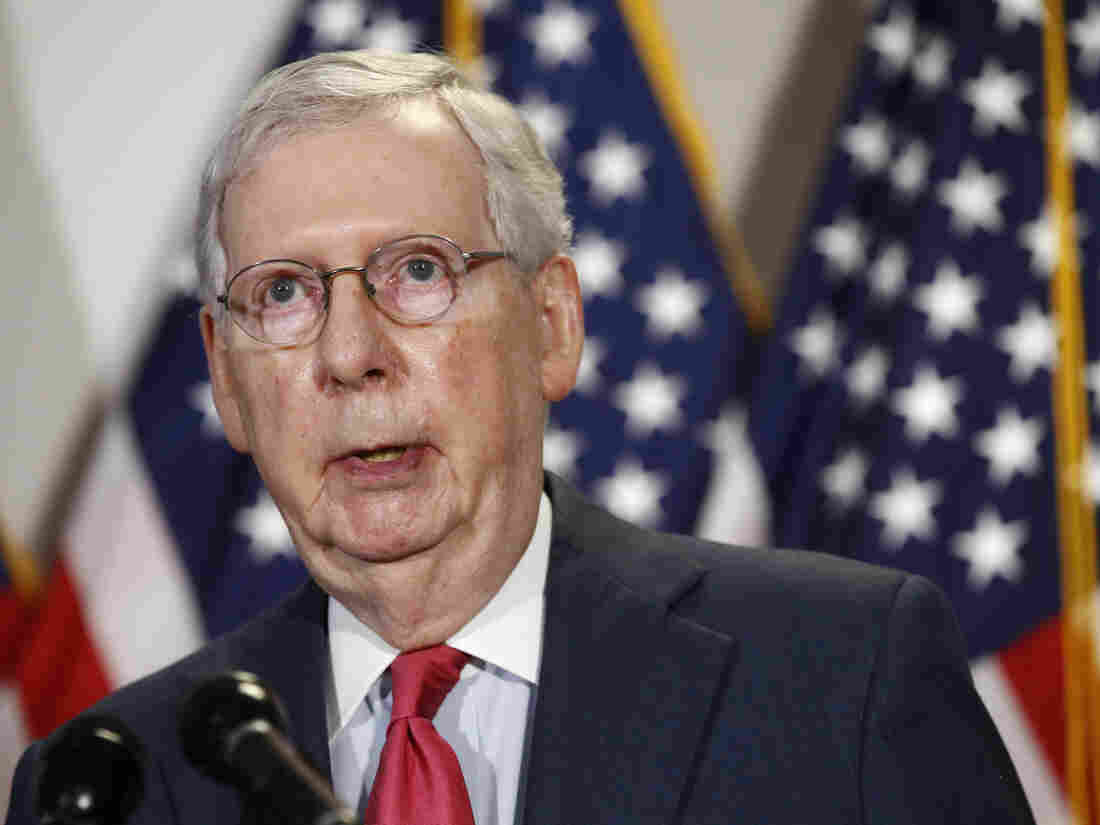 Senate Majority Leader Mitch McConnell says he does not support extending additional unemployment benefits that run out at the end of July. Patrick Semansky/AP hide caption 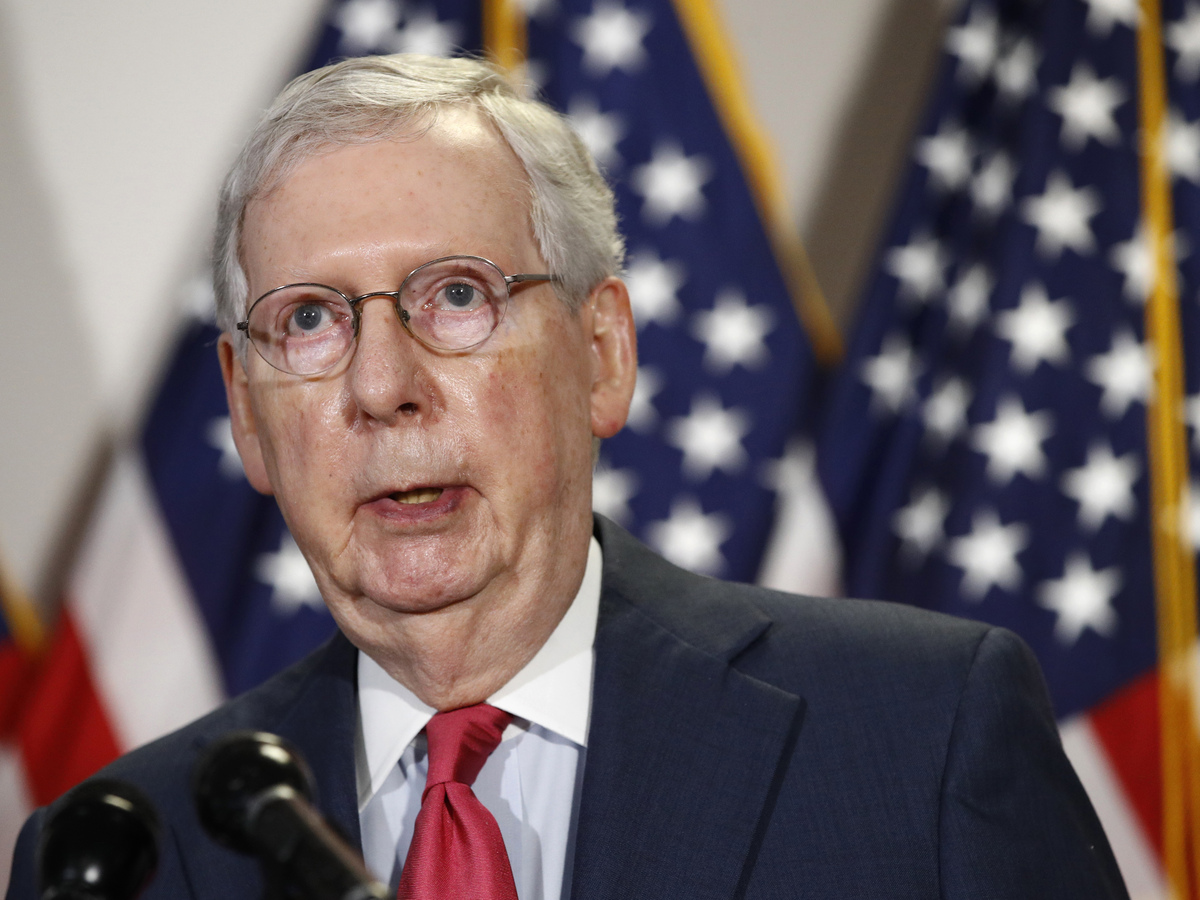 Senate Majority Leader Mitch McConnell says he does not support extending additional unemployment benefits that run out at the end of July.

Senate Majority Leader Mitch McConnell said he expects Senate Republicans will begin considering proposals for a "fourth and final" coronavirus response bill to address the needs of the country "in about a month."

McConnell said the bill will be narrowly crafted and will focus in particular on jobs and schools. He said there could be funding for small businesses and health care, but he will not support extending the additional $600 per week in federal unemployment benefits that run out at the end of July.

"Unemployment insurance is extremely important, but it is not designed to encourage you to stay home; it is designed to get you through a trough until you can get back to work," McConnell said. "I think you can certainly assume we will not be paying people a bonus for staying home in another bill."

Speaking at an event in his home state of Kentucky, McConnell said Congress needs more time to assess the needs of the country before voting on another costly aid package.

"We need to push the pause button here and think through the next step and do it very carefully," McConnell said. "We do have the potential long-term health of the country with this level of massive debt."

Democrats have criticized GOP leaders for refusing to open negotiations on the next round of relief. Senate Minority Leader Chuck Schumer, D-N.Y., is calling on McConnell to cancel upcoming committee hearings related to the 2016 election and focus instead on the coronavirus response.

"Watching our Republican colleagues over the last few weeks, you'd never know that the nation is in the midst of crisis," Schumer said in a letter to Senate Democrats. "As unemployment claims reach their highest levels since the Great Depression, Senate Republicans have decided to 'hit the pause button.' "

McConnell has generally ignored calls for further negotiations on coronavirus aid until this week. In his Friday remarks, McConnell did not rule out the possibility of including some money for state and local governments but pointed out that Congress had already approved significant funds for them.

The only proposal McConnell explicitly endorsed was a plan to include liability protections for businesses, individuals, nonprofits and schools. Republicans have insisted they need to protect people from the threat of litigation who are doing their best to comply with regulations related to COVID-19. He detailed that the provision would cover the time period between December and go through 2024 – "a narrowly crafted liability protection for this disease."