Accessibility links
CDC Chief Says Coronavirus Testing Delay Didn't Hinder Response : Coronavirus Live Updates CDC chief Robert Redfield says that earlier testing for the coronavirus would have been like "looking for a needle in a haystack." But other health experts dispute his assertion. 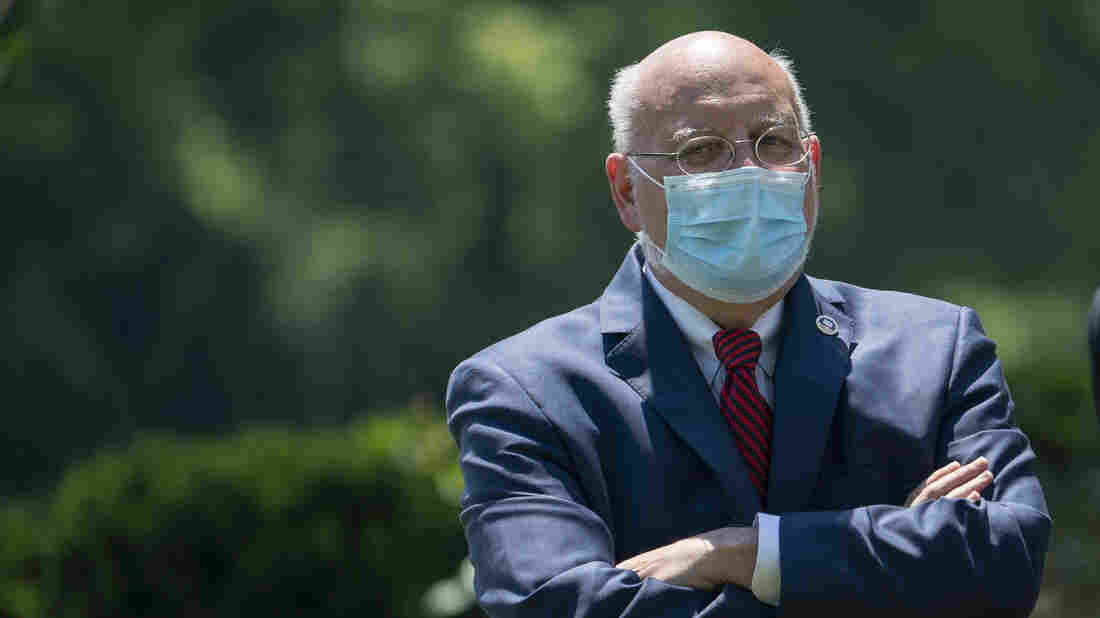 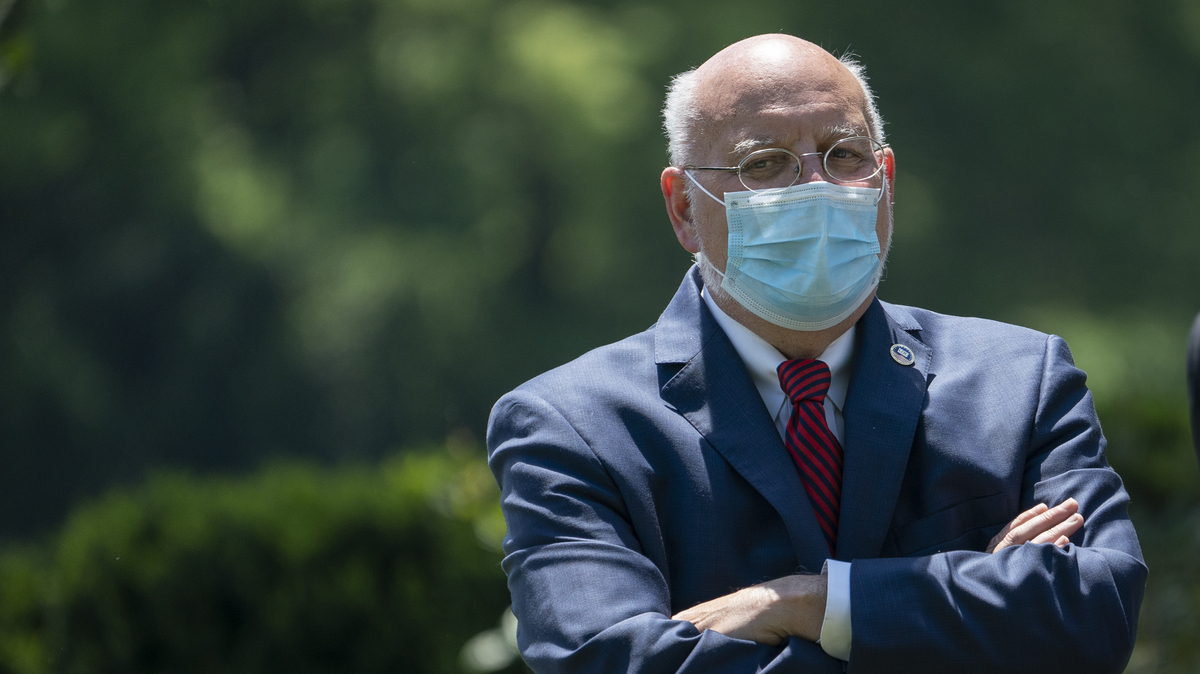 Dr. Robert Redfield, director of the Centers for Disease Control and Prevention, says a new analysis supports the effectiveness of the CDC's system for spotting infectious disease outbreaks early.

The head of the federal Centers for Disease Control and Prevention said Friday that a new analysis shows the agency's delayed rollout of coronavirus testing did not hinder the nation's response to the pandemic.

The coronavirus didn't start spreading in the U.S. until late January or early February, the CDC analysis found, and it circulated at low levels for quite some time.

As a result, the availability of earlier widespread testing for the virus would not have been able to spot it, according to CDC Director Robert Redfield.

"It really would be like looking for a needle in a haystack," Redfield told reporters in a briefing about the analysis. The study was published in the agency's Morbidity and Mortality Weekly Report.

The CDC has come under intense criticism for botching the rollout of testing for the new virus. The agency's first test was flawed, delaying the availability of wide-scale testing. Many public health experts said that delay squandered a crucial window of opportunity to keep the virus from spreading in the United States.

More than 100,000 Americans have died from COVID-19, more than in any other country.

But other experts disputed Redfield's assertion about the testing delay.

"No one is arguing that the U.S. should have done widespread testing in January," Jennifer Nuzzo, an epidemiologist at the John Hopkins Bloomberg School of Public Health, wrote in an email to NPR. "We should have done targeted surveillance testing, however."

She added: "We still don't know precisely when COVID-19 was first introduced or how many people were infected. The only way we would have been able to know this is if we had been testing more broadly."

The new CDC analysis was based on four lines of evidence, including an analysis of genetic sequences of the coronavirus, testing of specimens collected as part of routine monitoring for the flu, emergency room records and the cases of two people in California later discovered to have died from COVID-19 in early and mid-February.

"Not a huge amount of new science there," Michael Worobey, an evolutionary biologist at the University of Arizona, said in an interview with NPR.

"We had pretty good eyes on it," Redfield said. "And the availability of having a diagnostic didn't change our ability to do the surveillance."

"On the contrary, I think it demonstrates the need for large scale-ups and improvements to public health infectious disease surveillance," Mina told NPR via email.