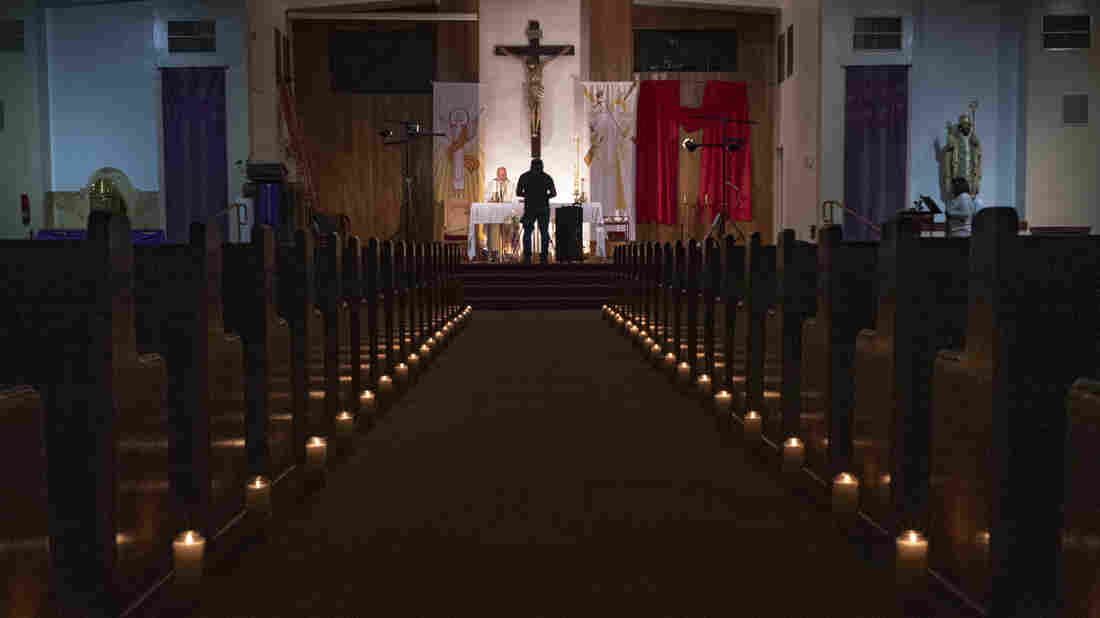 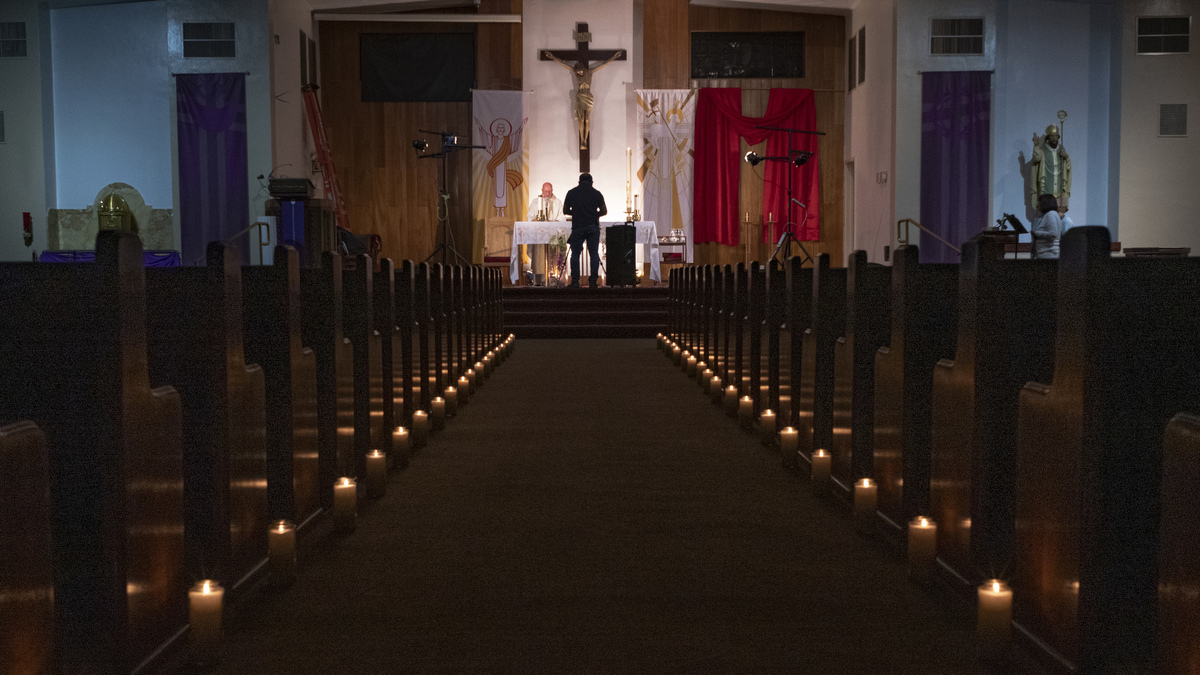 A church in North Hollywood, Calif., stands empty last month after services were canceled because of coronavirus restrictions.

The Supreme Court has rejected a California church's attempt to overturn the state's coronavirus restrictions on in-person religious services.

In a 5-4 decision issued late Friday, Chief Justice John Roberts sided with the court's liberal bloc in upholding the state's right to impose limits on congregations in order to slow the spread of COVID-19.

"Although California's guidelines place restrictions on places of worship, those restrictions appear consistent with the Free Exercise Clause of the First Amendment," Roberts said, in an opinion that denied a request by the South Bay United Pentecostal Church for relief from the rules.

The Chula Vista-based house of worship sued Gov. Gavin Newsom, a Democrat, over an order limiting congregations to 25% capacity or 100 attendees, whichever is lower. The plaintiffs told the court its services typically attract 200 to 300 congregants.

Worship services and nonessential retail were halted for more than two months in California, which has recorded nearly 107,000 confirmed cases of the coronavirus and more than 4,000 deaths.

During the lawsuit's path through the lower courts, the state issued guidelines earlier this week allowing for a limited reopening — but that did not satisfy the plaintiffs, who felt the eased restrictions remained unconstitutional.

In rejecting that challenge, Roberts wrote that the Constitution generally grants broad leeway to state leaders in circumstances of medical uncertainty. In particular, the chief justice found that Newsom's order was consistent in limiting not just religious services, but also various kinds of activities "where large groups of people gather in close proximity for extended periods of time."

"The notion that it is 'indisputably clear' that the Government's limitations are unconstitutional seems quite improbable," wrote Roberts.

Unlike Roberts, who said church services were on par with sporting events, concerts and other large secular gatherings also limited by the order, Kavanaugh compared the church with secular spaces that were excepted from the restrictions, such as supermarkets. The court's newest justice argued that, in this sense, the limits single out religious services.

"The State also has substantial room to draw lines, especially in an emergency," he said in the dissent. "But as relevant here, the Constitution imposes one key restriction on that line-drawing: The State may not discriminate against religion."

In a separate case, the court also rejected a lawsuit from two churches in Illinois seeking to block Gov. J.B. Pritzker's rule limiting religious services to just 10 worshipers. Pritzker later modified the order to allow for up to 100 people at services, and the court denied the churches' request for relief without a noted dissent.

The limits on church services have been a flashpoint in the national conversation surrounding the coronavirus, with President Trump wading into the controversy earlier this month to push for churches' right to reopen. Even as many states — such as California and Illinois — have moved to loosen their restrictions in recent weeks, critics continue to argue that the rules on houses of worship are discriminatory.

Earlier this week, California, officials said they plan to reevaluate the reopening order based on where matters stand with the coronavirus in mid-June.