Accessibility links
Mexico's President Touts Reopening With The Country Mostly In Coronavirus Red Zone : Coronavirus Live Updates Mexicans are left with mixed messages of a national lifting of social distancing measures but a government map showing most of the country still unready to reopen. 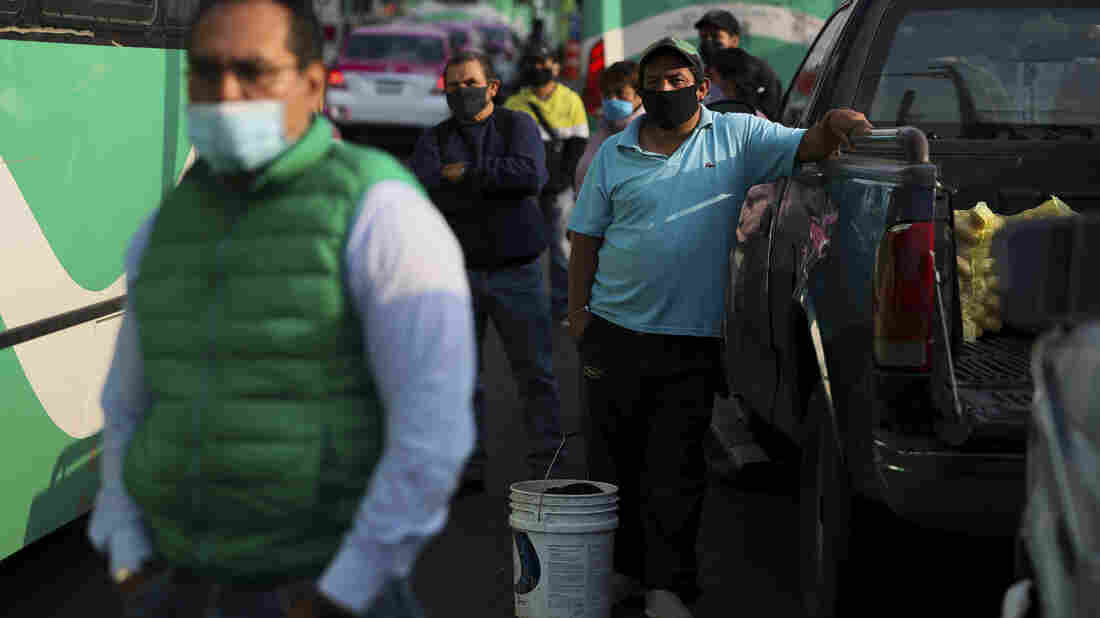 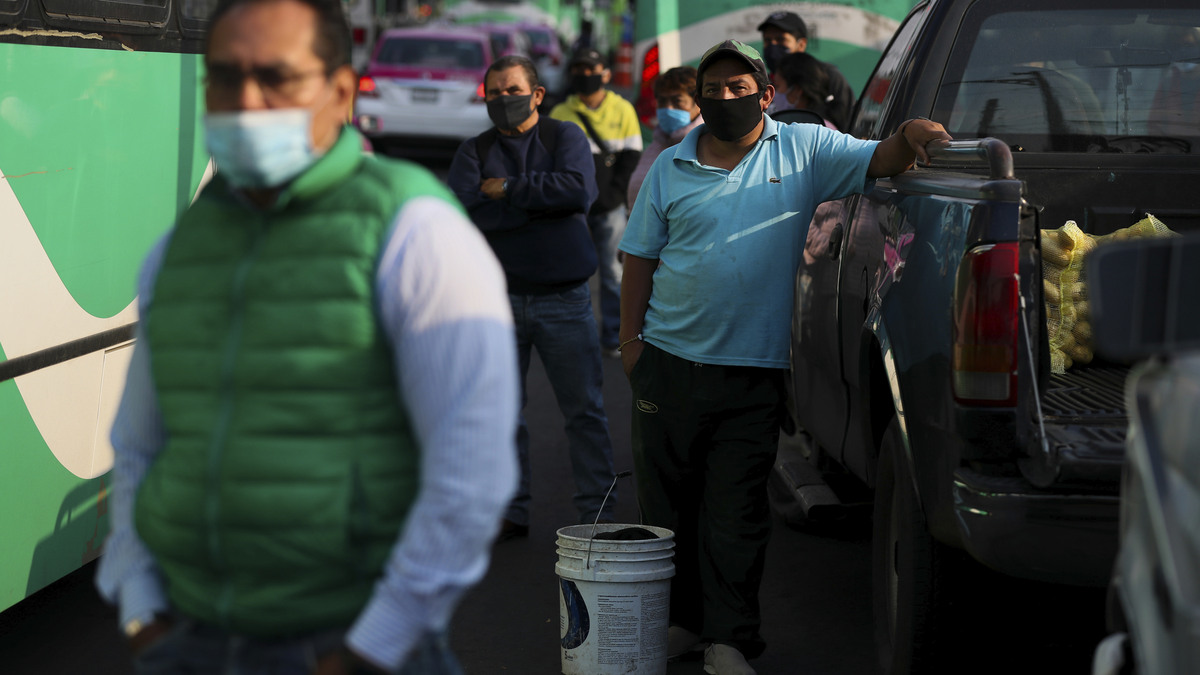 Commuters wait to board buses in Mexico City on Monday.

It's just the most recent example of confusing messaging from the president who was late to acknowledge the seriousness of the coronavirus threat. While President Andrés Manuel López Obrador is eager to get the country back to work, cases are rising. Mexico has now recorded the seventh-highest number of COVID-19 deaths in the world, according to the Johns Hopkins tracker, with nearly 10,000 virus-related fatalities and almost 100,000 confirmed cases. Testing in the country is low and health officials acknowledge that the numbers are likely much higher.

López Obrador has downplayed the virus outbreak and has criticized stay-at-home orders for harming the economy.

This week the president resumed traveling around the country, on Monday visiting the resort town of Cancún, which has been hit hard by the lack of tourism.

The governor of Quintana Roo state, where Cancún, Tulum and other popular spots are located, says the state will open back up to tourists next week.

The president drove the 1,000-mile trip from Mexico City to the Yucatán Peninsula, in southeastern Mexico, opting not to fly commercial airlines as one of the personal precautions he promised to take against the virus.

He is in the region to tout an infrastructure project, the Mayan Train. The railway will carry tourists around the Yucatán and other, poorer areas of the south, to create new economic opportunities and up to 80,000 jobs, according to the president.

He told reporters there is good news on Mexico's economic horizon, pointing to a slight increase in oil prices, which have been low, and a small strengthening of the peso, which has slumped against the dollar since the outbreak.

If easing restrictions leads to a spike in coronavirus cases, he said, he is prepared to once again shut activities. But any new measures would be recommendations and never done by force, he added.

In the Mexico City metropolitan area, which has been hit hardest by the outbreak, it's unclear when social distancing rules will be lifted. Mayor Claudia Sheinbaum is urging residents to remain indoors and only go out when absolutely necessary.