Accessibility links
Adm. Brett Giroir Will Leave Role Overseeing Coronavirus Testing This Month : Coronavirus Live Updates Adm. Brett Giroir says he will be "demobilized" from his role overseeing coronavirus testing at FEMA in mid-June and going back to his regular job at the Department of Health and Human Services. 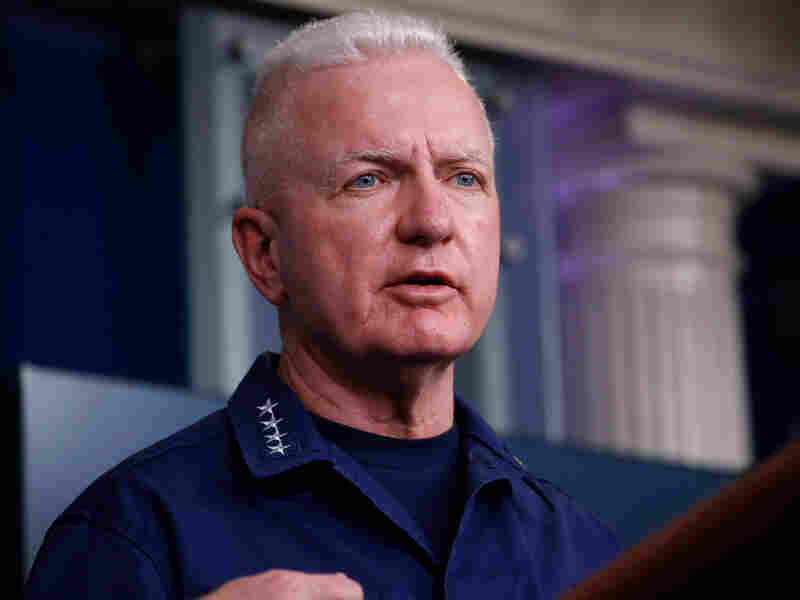 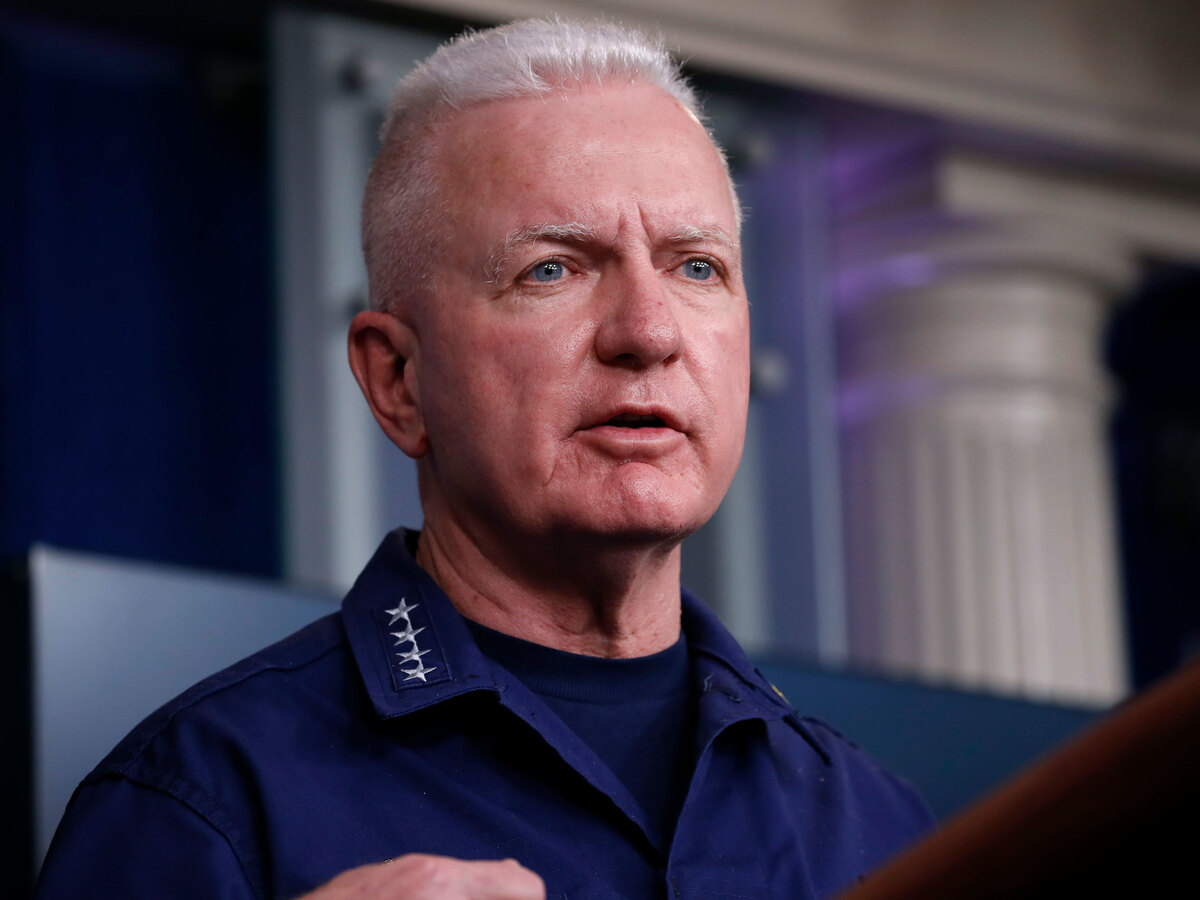 Adm. Brett Giroir, who has been leading federal coronavirus testing efforts, speaks during one of the daily White House coronavirus task force briefings in April.

The Trump administration's testing czar announced Monday that he will be leaving that position in mid-June.

Adm. Brett Giroir told a meeting of the Presidential Advisory Council on HIV/AIDS that he will be "demobilized" from his role overseeing coronavirus testing at FEMA in a few weeks and going back to his regular post at the Department of Health and Human Services.

An HHS spokesperson confirmed the plan for Giroir to stand down from his role and indicated that there are no plans to appoint a new "head of efforts" for coronavirus testing.

"While Adm. Giroir will remain engaged with the COVID-19 testing and related efforts, many of the day-to-day management and operations of testing are being transitioned to HHS operating divisions," the spokesperson said in a statement to NPR. This will allow Giroir "to return to the key public health responsibilities of the Assistant Secretary for Health."

Giroir was appointed to the testing position in March at a time when the U.S. was struggling to ramp up testing capacity as coronavirus was spreading. When Giroir took charge, on March 12, there were only 5,247 tests done per day nationally.

By the end of May, there were around 400,000 tests done daily according to The COVID Tracking Project. While that's a significant increase, some public health experts say that in order to safely reopen, as many as 900,000 daily tests may be needed.

"Week after week, things do look a little bit better," says Scott Becker, CEO of the Association of Public Health Laboratories. "But we're working to continue to expand because we really believe much more testing is needed through through the summer and certainly into the fall."

Becker says Giroir was responsive and forthright about the testing issues, and that he appreciated him in the "command and control kind of role." The move by HHS away from that model is understandable, Becker says, adding that it also makes him "a little bit anxious."

"The testing supplies are still not perfect — the supply chain still isn't fully operational," he says. "So I want to make sure that we're still getting the attention that we need."

Becker takes some comfort in the fact that Giroir should still be accessible and responsive on testing issues from his usual post as assistant secretary for health at HHS, noting, "I still know where to find him."