Accessibility links
New Unemployment Claims Dip Below 2 Million In Sign Job Losses May Be Easing : Coronavirus Live Updates The Labor Department says about 1.9 million people filed for unemployment last week, but there are some signs that people may be returning to their jobs. 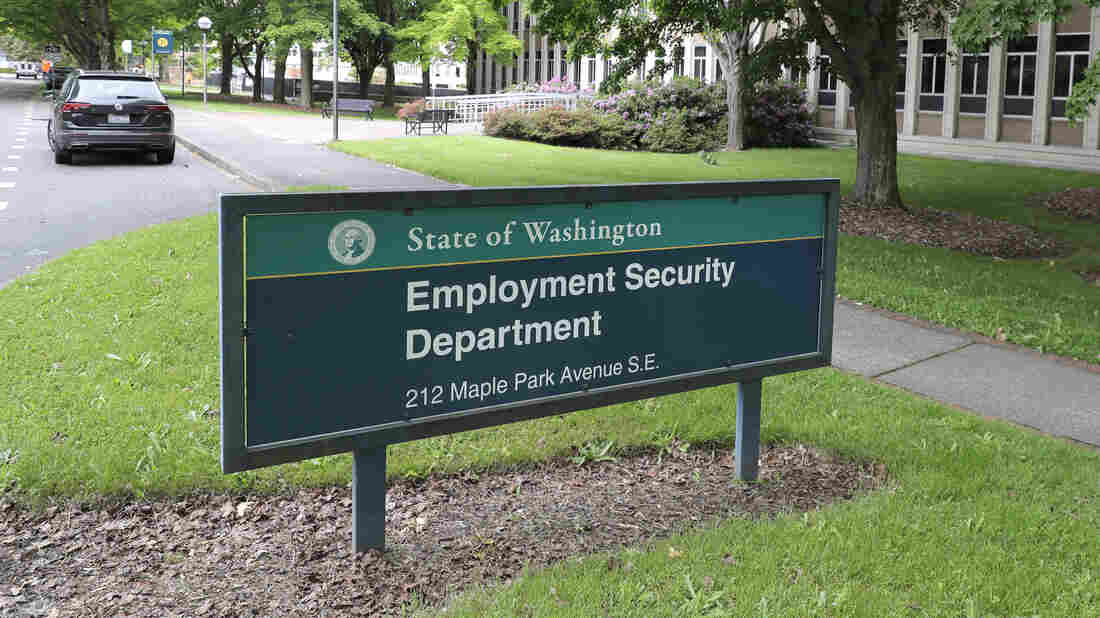 Tens of millions are out of work because of the coronavirus pandemic. Many wonder what they'll do when extra federal employment benefits are set to run out at the end of July. Ted S. Warren/AP hide caption 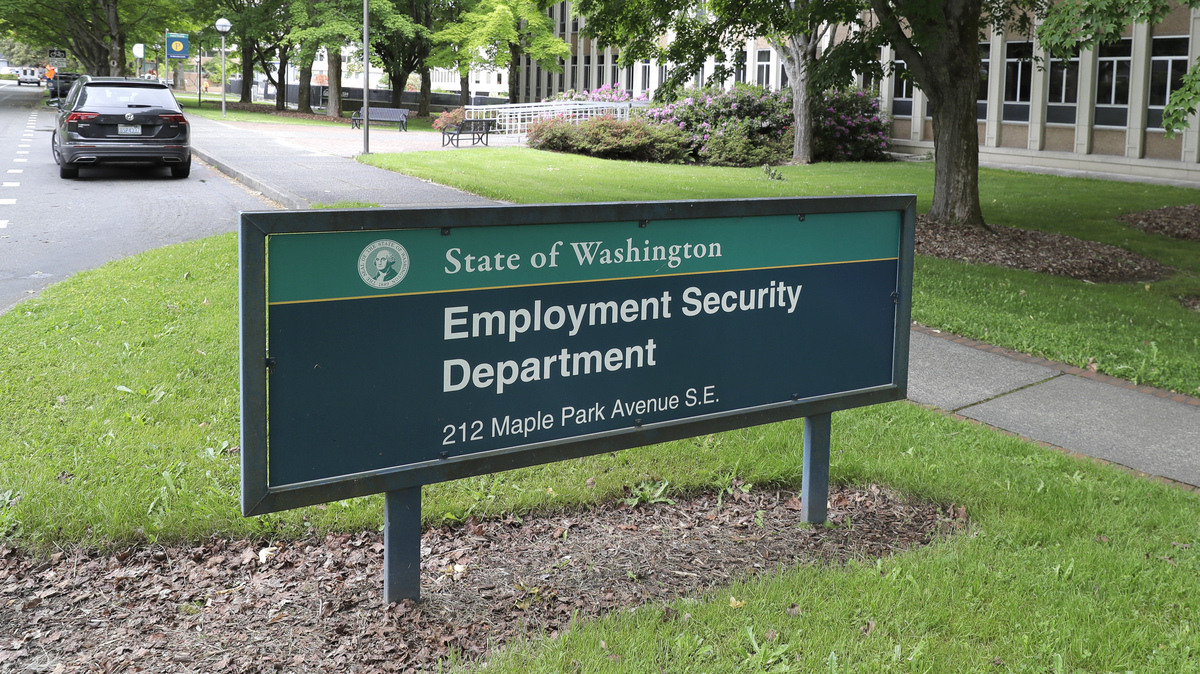 Tens of millions are out of work because of the coronavirus pandemic. Many wonder what they'll do when extra federal employment benefits are set to run out at the end of July.

The coronavirus pandemic has pushed unemployment to its highest level since the Great Depression, but the pace of layoffs has been easing. And there are now some signs that the job market could slowly start to recover.

The Labor Department says another 1.87 million people filed claims for unemployment insurance last week. That's down 249,000 from the previous week. While still very high by historical standards, the number has been declining steadily from a peak of 6.8 million the week ending March 28.

Continued claims for unemployment went up 649,000, to 21.5 million, in the week ending May 23, the latest week for which data was available, after dropping the prior week.

While some workers continue to get pink slips, others have started going back to work.

The payroll processor ADP reported Wednesday that private-sector employers cut just under 2.8 million jobs between April and May. That's a much smaller job loss than forecasters were expecting.

More than 12 million people filed unemployment claims during that period. If the Labor Department's official job tally on Friday is anywhere close to ADP's number, that will suggest a faster return to work for many of those furloughed employees than had been expected.

Even if that's the case, tens of millions of workers have been sidelined by the pandemic, and unemployment benefits have been a critical lifeline for many.

According to the Century Foundation, a progressive think tank, the government paid out $71.5 billion in jobless benefits during the first three weeks of May. That's 48% more than it paid in the whole month of April.

Pingle is grateful for the extra $600 a week in unemployment benefits the federal government is offering during the pandemic. But he worries what will happen at the end of July, when that expanded benefit is set to expire.

"Honestly when it comes to looking at available job openings right now, there isn't anything in my line of work," he says. "I'm thinking after the extra $600 runs out, I'll have to look at taking whatever is available. Whatever is reasonably safe."

Moody's Investors Service predicts that workers in some industries such as health care, construction and manufacturing could see a relatively rapid recovery this year.

But a return to work could be much slower in sectors such as travel, entertainment and nonessential retail, which have been hit hard during the downturn.

When Emily Guill was furloughed from a boutique hotel in Portland, Ore., in March, she thought the layoff would last only a month or two. But she was disappointed.

"After a couple of months of quarantine and things not getting any better, I got a call from my manager saying that I was being moved over to layoff status, and they hoped that we would be able to be rehired next spring," Guill says.

Even as businesses tentatively reopen, the threat of the coronavirus has not gone away. Guill worries that tourism and travel may take a long time to bounce back.

"It's never going to be the same as it was before, so what does that mean for the industry that I work in?" she asks. "I may not be able to go back to that job ever again. I might have to switch it up and do something completely different. Who knows?"