Accessibility links
Many Feared Widespread Pig Slaughter During Coronavirus, But It Hasn't Happened : Coronavirus Updates When COVID-19 infections forced pork companies to close processing plants, some farmers predicted that it would force them to euthanize millions of hogs. The actual number has been much lower. 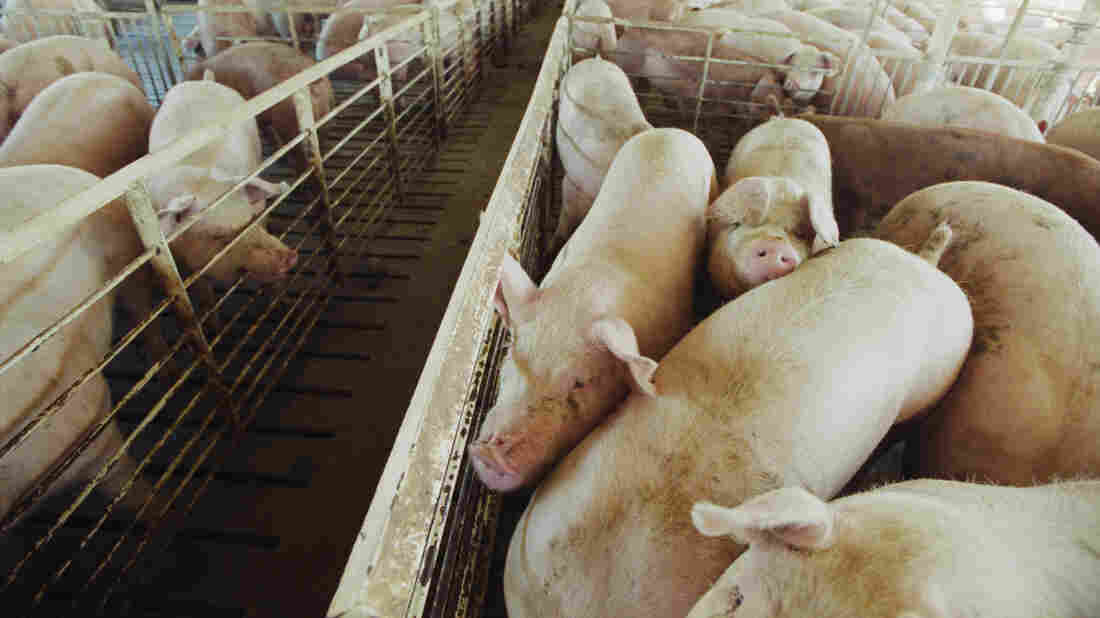 So far, fewer pigs than feared have had to be euthanized due to the coronavirus shutting down pork plants. Macduff Everton/Getty Images hide caption 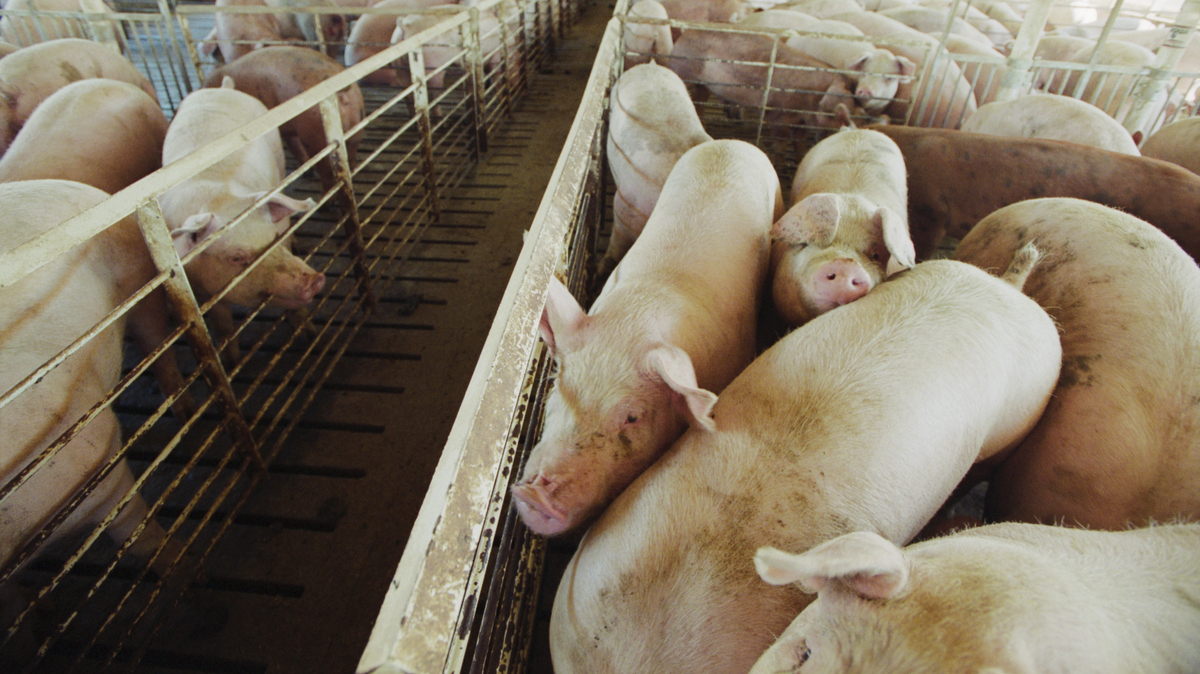 So far, fewer pigs than feared have had to be euthanized due to the coronavirus shutting down pork plants.

A month ago, America's pork farmers were in crisis. About 40 percent of the country's pork plants were shut down because they had become hot spots of coronavirus infection. Pork producers who had been shipping, collectively, almost half a million hogs each day to those plants suddenly had no place to send of all their animals, and little space to house the equal number of new piglets that are born every day.

Pork producers and industry analysts said that if factories didn't re-open quickly, they'd be forced to euthanize millions of hogs on their farms.

But that worst case scenario seems to not be happening. According to estimates of pork producers and officials in the hardest-hit states of Minnesota and Iowa, hog farmers have been forced to kill and dispose of fewer than 200,000 animals so far.

"Farmers are pretty inventive people," says David Preisler, CEO of the Minnesota Pork Producers Association. He says farmers made some quick adaptations--they converted older buildings into additional housing for hogs, fed the animals low-energy rations that kept them from gaining weight rapidly, and sent some of their animals to local butcher shops. Others hogs were shipped halfway across the country, from Minnesota to Pennsylvania or California, to processing plants that could handle them.

Minnesota's Board of Animal Health acquired two 80-acre sites that could be used to compost truckloads of hogs. As of May 29, the sites had accepted 17,058 hog carcasses. They could handle many more. Perhaps 100,000 to 150,000 carcasses have been trucked to rendering plants, which convert them into basic materials like grease and protein powder.

In Iowa, the state is offering financial help to farmers who need to euthanize hogs. Farmers applied for funding to dispose of about 25,000 animals but have not yet told the state how many of them actually were euthanized. In mid-May, Iowa Secretary of Agriculture Mike Naig told Iowa Public Radio that farmers in his state had been forced to kill fewer than 5,000 market-ready hogs so far.

At the moment, the crisis appears to be ebbing. Most pork plants have resumed production, but Preisler says "it's too early to tell" whether farmers will be forced to kill more of their pigs. The plants, he says, are running at about 82 percent of their normal capacity, "but if we stay there, that's not good enough" to handle the backlog of hogs on farms.