Accessibility links
COVID-19 Outbreak In Pacific Northwest Seafood Industry As Season Ramps Up : Coronavirus Updates Most of the crew on one massive seafood trawler has tested positive for COVID-19. Other vessels also have cases, despite sweeping measures to try and prevent the spread of coronavirus. 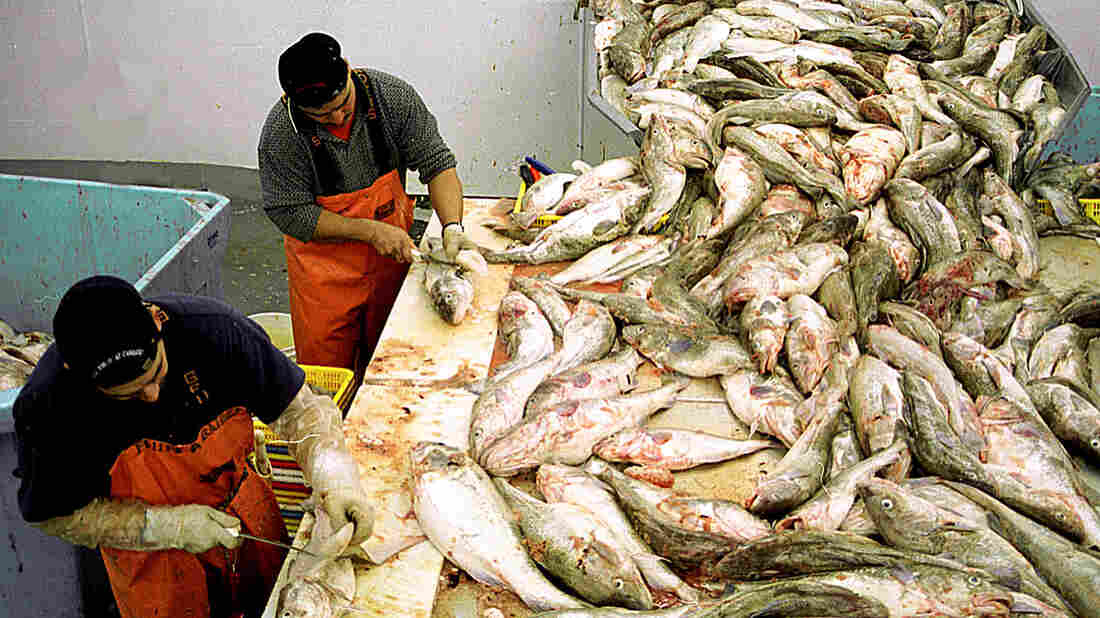 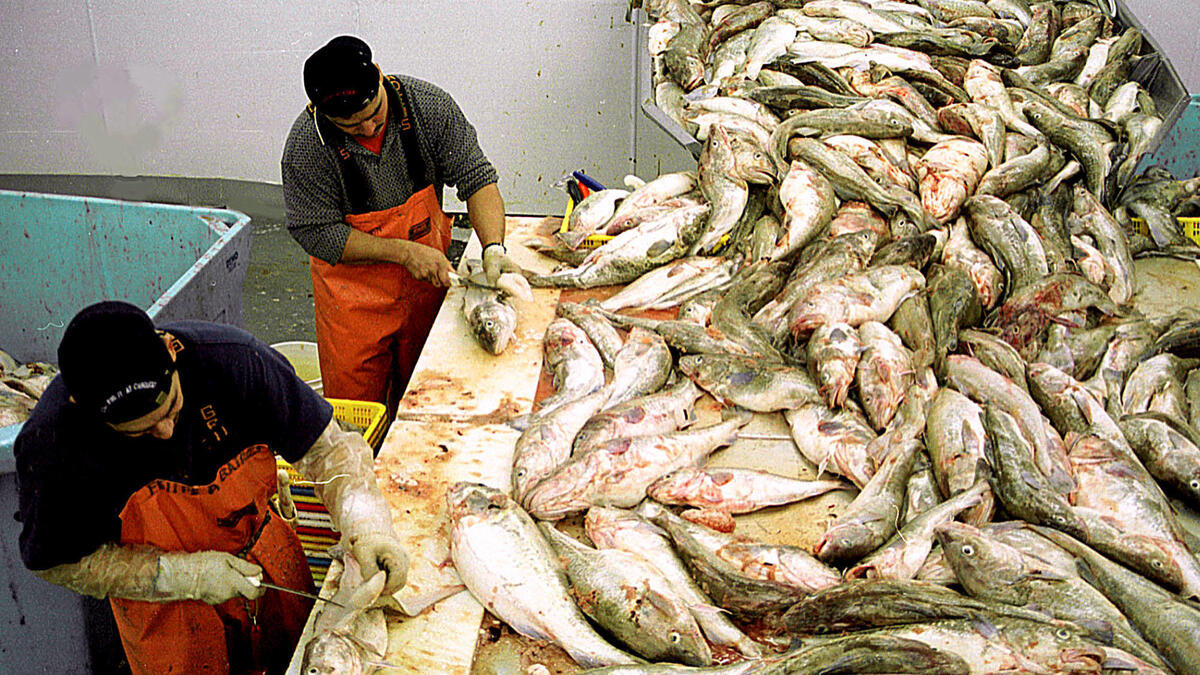 Workers fillet fish seafood processing plant in Kodiak, Alaska in 2002. The industry faces an outbreak of COVID-19 just as salmon and pollack fishing seasons are ramping up.

But just a few weeks into the summer season, the industry has been shaken by its first major outbreak aboard a huge vessel with an onboard fish processing factory. This week, Seattle-based American Seafoods confirmed that 92 crew from its American Dynasty ship had tested positive for COVID-19, nearly three-fourths of the 126 people onboard.

"It was like, 'Wow, I can't believe this.' We had done so much. Each company had worked so hard to try to avoid this happening," says Brent Paine, executive director of United Catcher Boats.

The trade group's members fish for pollock and cod off Alaska, and another whitefish called hake off Washington and Oregon. "None of us have ever worked so hard in our lives than we have in the last two months, without a doubt."

There have been other COVID-19 cases among seafood workers in Alaska, where thousands have traveled from out of state for the world's largest salmon fishery. Some called for canceling this year's season, but the state pushed ahead with a range of new measures.

The American Dynasty, which is 30 feet shorter than a football field, had been fishing for hake before coming into port in Washington. A crew member reported feeling sick, then was taken ashore and tested positive for COVID-19, American Seafoods said in a statement.

American Seafoods' primary investor is the New York-based private equity firm Bregal Partners. It's one of the biggest players in the billion-dollar fishery for Alaska pollock, which goes into products like McDonald's Filet-O-Fish sandwiches.

American Seafoods says it tested workers before they were allowed onboard for the hake fishery, but its minimum advance quarantine was just five days, prompting questions from industry observers and medical experts.

"That protocol, to me, does not make a lot of sense," says Geoffrey Gottlieb, an infectious disease physician at the University of Washington Medical Center.

Just as it can take 14 days for infected people to show COVID-19 symptoms, it can also take that long for the virus to be detectable in a test, he says. With a five-day quarantine "you might get away with it some of the time," he says. "But if enough boats or enough industries are doing this kind of thing, it's certainly likely that at some point that strategy is not going to work."

An American Seafoods spokeswoman, Suzanne Lagoni, says the company has since lengthened its required quarantine to 14 days.