Accessibility links
India Reopens Public Places Even As Coronavirus Cases Rise : Coronavirus Live Updates Shopping malls, restaurants and places of worship opened in much of India Monday, though some cities, such as the commercial capital, Mumbai, are keeping some restrictions in place. 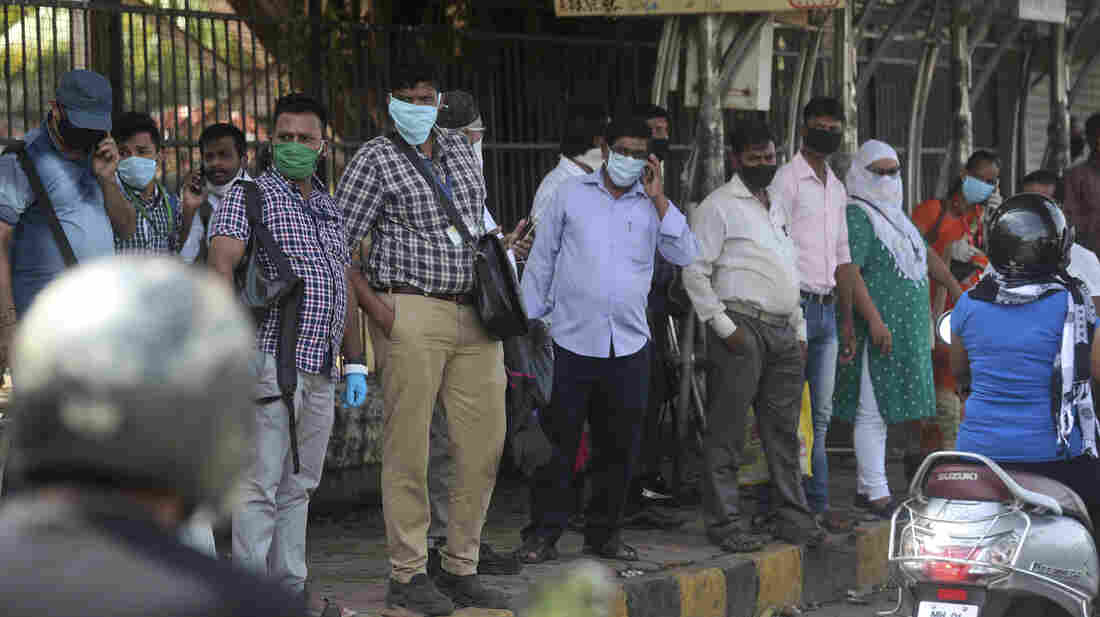 People wait for a bus in Mumbai, India, on Monday. India is reopening its restaurants, shopping malls and religious places in most of its states after a more than two-month lockdown even as the country continues to witness a worrying rise in new coronavirus infections. Rafiq Maqbool/AP hide caption 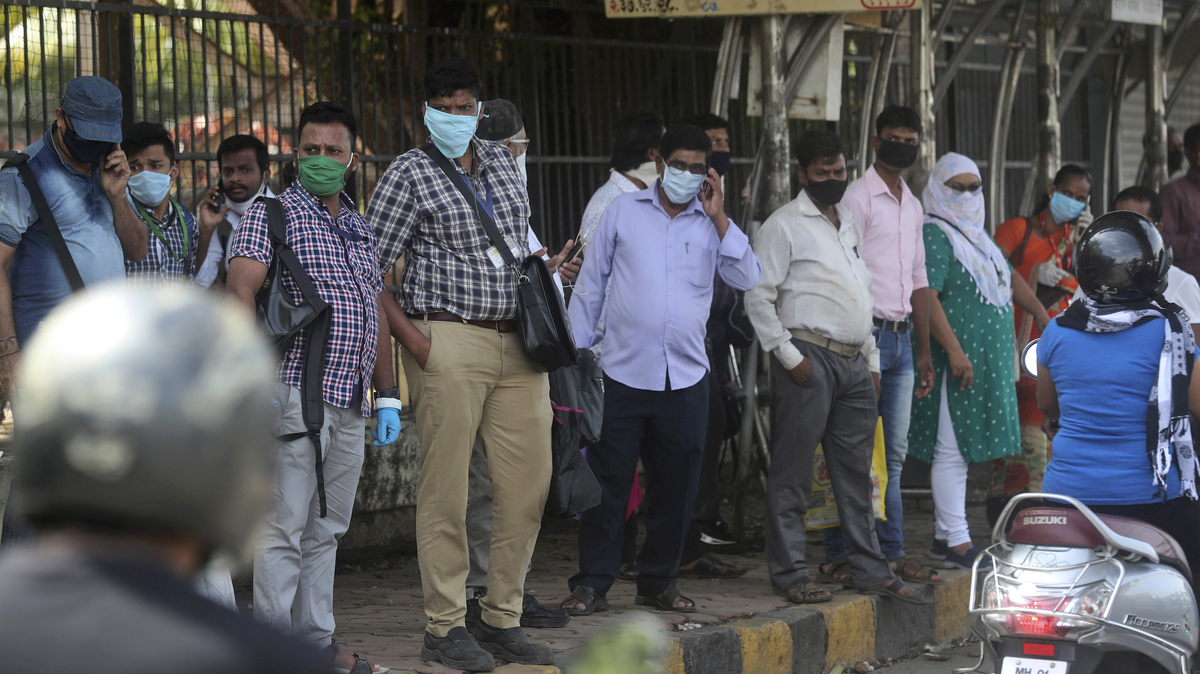 People wait for a bus in Mumbai, India, on Monday. India is reopening its restaurants, shopping malls and religious places in most of its states after a more than two-month lockdown even as the country continues to witness a worrying rise in new coronavirus infections.

Indians can now dine out, shop in malls and pray at religious sites for the first time in nearly 2 1/2 months. But masks or face coverings are mandatory and visitors will be thermally screened at entrances.

The easing of restrictions — the most significant since India went under lockdown in March — comes as the country records its biggest spike so far in new coronavirus cases in a single day. India counted 9,983 new infections Monday, with its overall tally crossing 250,000. The death toll stands at 7,200.

Over the weekend, India surpassed Spain in the number of infections and became the fifth-worst affected country in the world.

Guided by little boxes painted on floors to maintain social distancing, worshippers offered prayers at mosques, temples and other religious sites across India. But the faithful are not allowed to touch any idols or holy books. Sprinkling of sacred water, a common practice in many religions including Hinduism and Christianity, is also banned. People going to mosques have to bring their own prayer mats.

One shopping mall in the capital New Delhi has installed a sanitization enclosure at the entrance, spraying disinfectant mist when someone walks in. While most public places are open in Delhi, hotels remain closed to be available in case they are needed to serve as temporary hospitals.

Even though malls are open, gaming arcades and movie theaters inside them are still closed. In some states, shoppers are barred from trying on clothes and guests checking in to hotels have to report their travel and medical history.

India's lockdown, the largest in the world, was imposed in late March when the country had just over 500 COVID-19 cases. About 100 million Indians have lost their jobs since then, prompting the government to reopen the economy even though scientists say the country is still far from reaching its peak infection rate.

The western Indian state of Maharashtra — home to the financial hub Mumbai — is the worst hit with more cases than all of China, where the pandemic began. Mumbai alone has about a fifth of all positive cases in India.

Malls and religious sites remain closed in the commercial capital but some stores are allowed to do business on alternate days. Public buses are operating but Mumbai's suburban trains which ferry millions of commuters each day are still closed.