Accessibility links
Moscow Eases Coronavirus Lockdown Ahead Of Military Parade And Referendum : Coronavirus Live Updates Russia's capital, the epicenter of the country's coronavirus pandemic, is lifting restrictions as the Kremlin prepares for a massive military parade and a referendum on term limits.

Moscow Eases Coronavirus Lockdown Ahead Of Military Parade And Referendum

Moscow Eases Coronavirus Lockdown Ahead Of Military Parade And Referendum 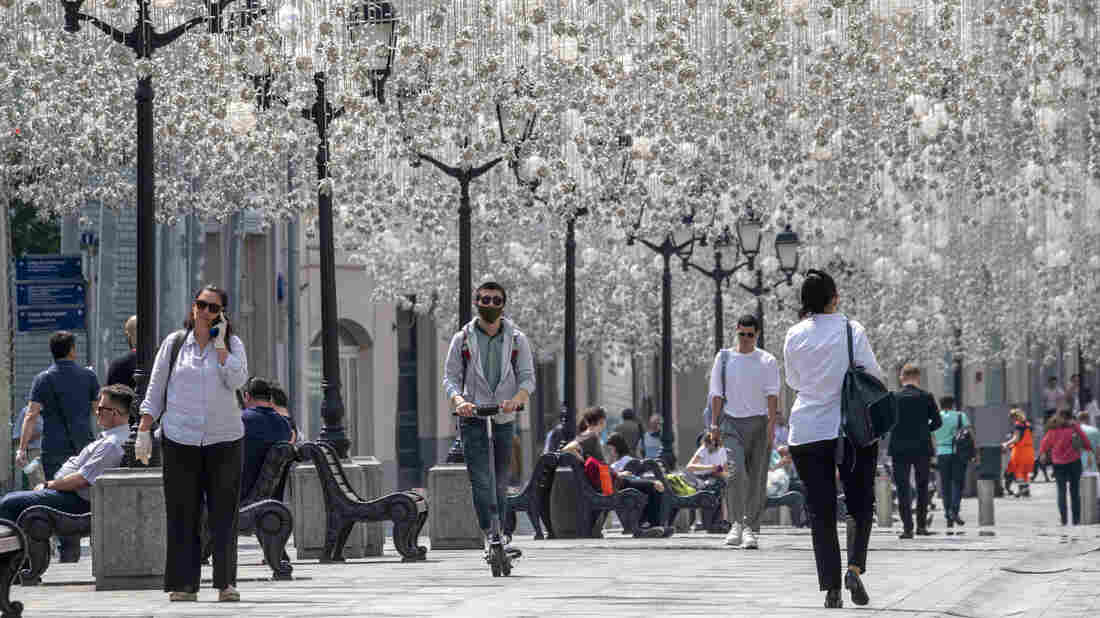 People enjoy warm weather Monday in downtown Moscow. The mayor has announced the gradual lifting of the coronavirus lockdown in the Russian capital. Yuri Kadobnov/AFP via Getty Images hide caption 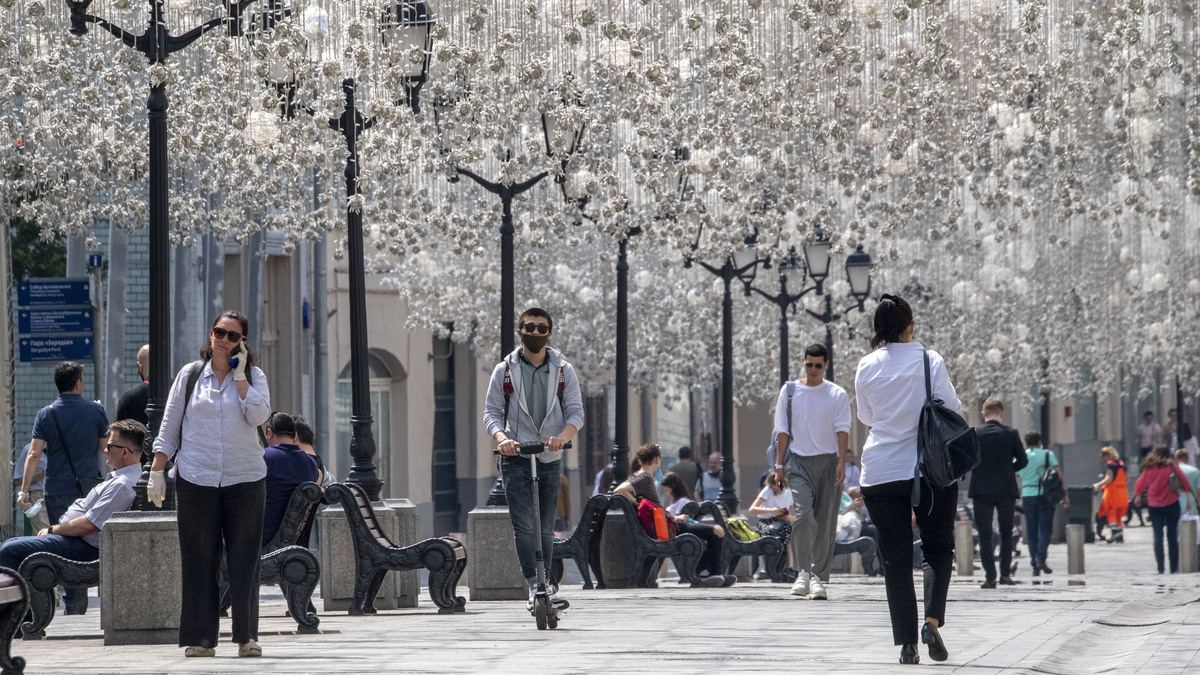 People enjoy warm weather Monday in downtown Moscow. The mayor has announced the gradual lifting of the coronavirus lockdown in the Russian capital.

The city of Moscow, the epicenter of Russia's coronavirus pandemic, is lifting lockdown restrictions as the Kremlin prepares for a massive military parade on Red Square and a national referendum that will seal President Vladimir Putin's political future.

Moscow Mayor Sergei Sobyanin, a staunch Putin loyalist, all but declared victory over COVID-19 on the city's news channel Monday. Moscow's lockdown rules will gradually be lifted over the coming two weeks, he said.

"We prevented an explosion of the pandemic, provided mass testing and medical care to sick residents," he said. "For several weeks now, slowly but surely the pandemic has been on the decline. The number of infections is decreasing, and more people are being discharged from hospitals than are being admitted. Step by step, this allows us to return to normal life."

Moscow has been on a tight lockdown since March when Sobyanin restricted citizens' movements and closed all but essential businesses.

Because of the pandemic, the Kremlin reluctantly postponed its annual Victory Day parade as well as a referendum whose key provision is removing a constitutional term limit on Putin. The parade marking the defeat of Nazi Germany has been rescheduled for June 24, with the referendum taking place a week later.

Since the beginning of June, the number of Moscow's new coronavirus infections has hovered around 2,000 per day, according to official government statistics. Moscow, Russia's largest city, has been hit hardest: 197,018 out of 476,658 infections nationwide, with 2,970 out of 5,971 deaths as of Monday. Russia has the third-most reported coronavirus cases after the United States and Brazil.

Hair salons and barbershops, veterinarians, employment agencies and cemeteries can all open for business Tuesday, followed by dental practices, museums and libraries a week later. Remaining restrictions on restaurants and gyms will be lifted on June 23, the day before the military parade. Residents will still be required to wear masks and gloves in public.

Sobyanin warned Muscovites that the danger of infection still exists and appealed to their sense of self-preservation to take necessary precautions.

The mayor, though a Putin disciple, was unwilling to lift the lockdown restrictions because of the persistence of new coronavirus infections, Otkrytye Media reported, citing government sources. According to the news site, the Kremlin convinced Sobyanin to do so to allow for the parade and referendum.

Opposition leader Alexei Navalny, who has been prevented from calling for protests because of the lockdown, indicated in a tweet that now nothing is stopping a rally against Putin's referendum.