Accessibility links
Federal Reserve Vows To Help Economy Weather The Pandemic Recession : Coronavirus Live Updates The Fed leaves interest rates near zero as expected, and promises to use all of its tools to support the economy. Officials project unemployment above 9% at the end of this year. 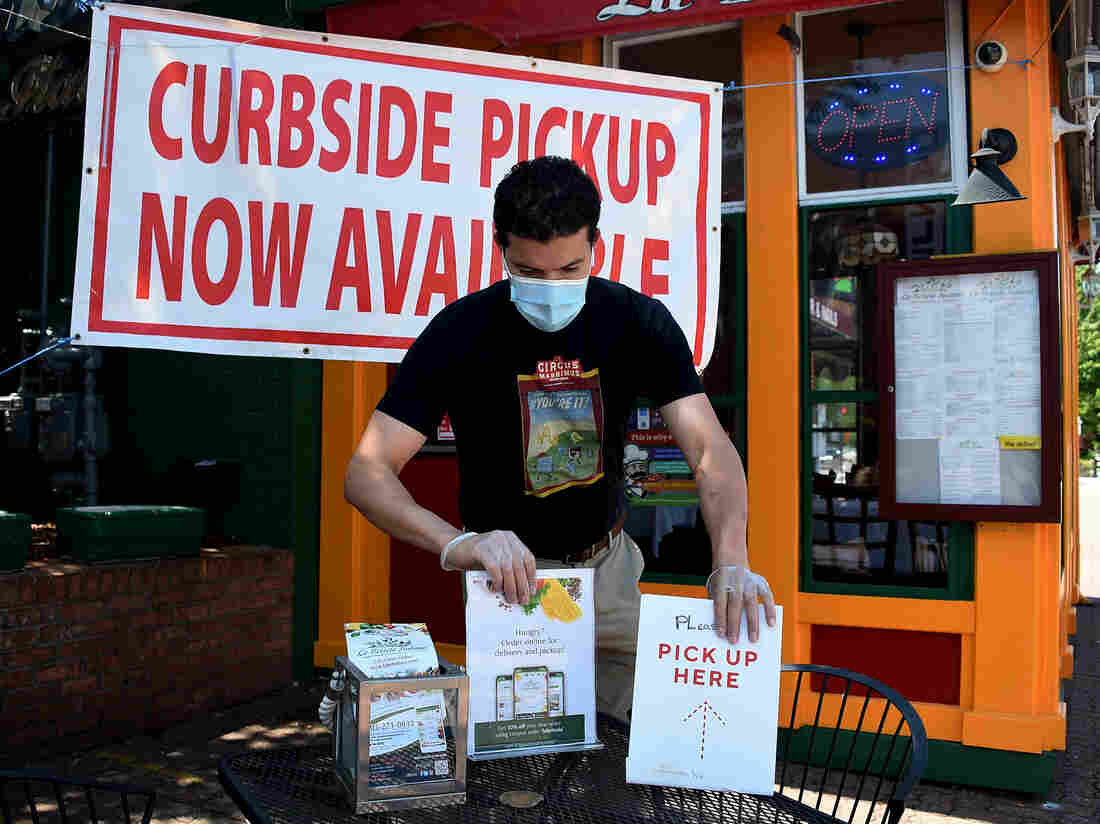 An employee sets a table for pickup orders at a restaurant in Arlington, Va. Even as states are moving to reopen their economies, tens of millions are out of work. Olivier Douliery/AFP via Getty Images hide caption 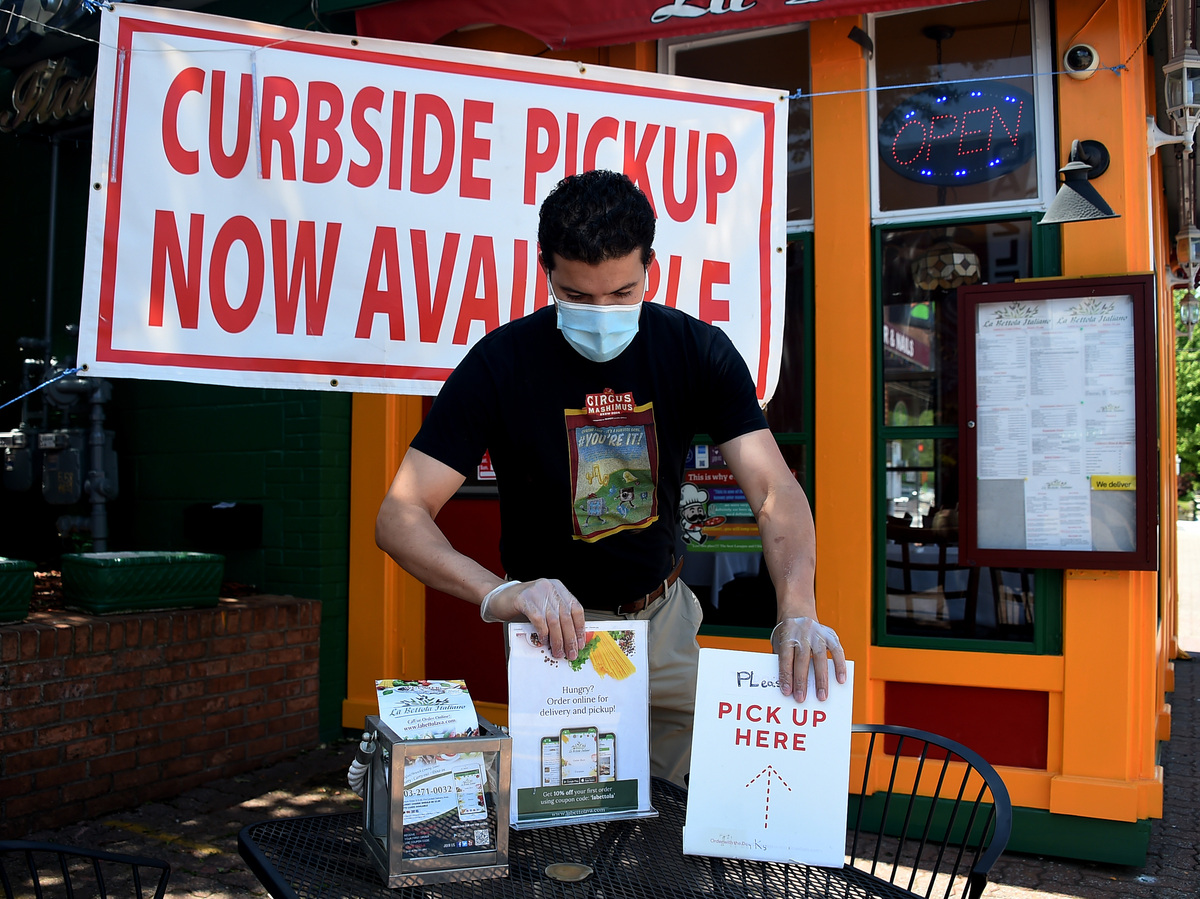 An employee sets a table for pickup orders at a restaurant in Arlington, Va. Even as states are moving to reopen their economies, tens of millions are out of work.

The Federal Reserve left interest rates near zero Wednesday and once again promised to deliver whatever monetary medicine it can to an economy that's badly ailing from the coronavirus pandemic.

"The Federal Reserve is committed to using its full range of tools to support the U.S. economy in this challenging time," the central bank said in a statement.

While noting that "financial conditions have improved, in part reflecting policy measures to support the economy," the Fed's rate-setting committee reiterated its intent to leave interest rates at rock-bottom levels, "until it is confident that the economy has weathered recent events and is on track to achieve its maximum employment and price stability goals."

Notes released along with the committee's statement suggest no rate increases are expected at least through 2022.

Despite a better-than-expected jobs report last week showing employers added 2.5 million jobs in May, committee members expect unemployment to remain very high for an extended period. They project a jobless rate in excess of 9% at the end of this year and 6.5% at the end of next year.

"The May employment report, of course, was a welcome surprise," Powell said. "We hope we get many more like it. But I think we have to be honest. It's a long road."

Inflation, meanwhile, is nowhere in sight. The Labor Department reported this week that consumer prices fell in May for the third month in a row. Over the last 12 months, prices have risen just 0.1% — or 1.2% if volatile food and energy prices are excluded. That's well below the central bank's 2% inflation target. While the Fed uses a slightly different measure of inflation, the consumer price index suggests there's no need to worry about runaway prices for the foreseeable future.

In addition to keeping interest rates low, the Fed has launched a series of emergency lending programs with the Treasury Department, in an effort to keep families and businesses afloat during the pandemic. These include unprecedented efforts by the central bank to loan money to state and local governments and mid-sized businesses.

Loans may not be enough to help some whose livelihoods have been hurt by the pandemic. Powell has repeatedly suggested that Congress may have to do more to prevent the coronavirus recession from doing even more lasting damage.

Treasury Secretary Steven Mnuchin acknowledged as much Wednesday during a hearing before the Senate Small Business Committee.

"I definitely think we are going to need some kind of bipartisan legislation to put more money into the economy," he said.