Accessibility links
Coachella Had Been Postponed; Now It's Canceled : Coronavirus Updates The Riverside County, Calif., health commissioner gives an order on Wednesday evening that the popular festival and its country music sibling, Stagecoach, would both be canceled this year. 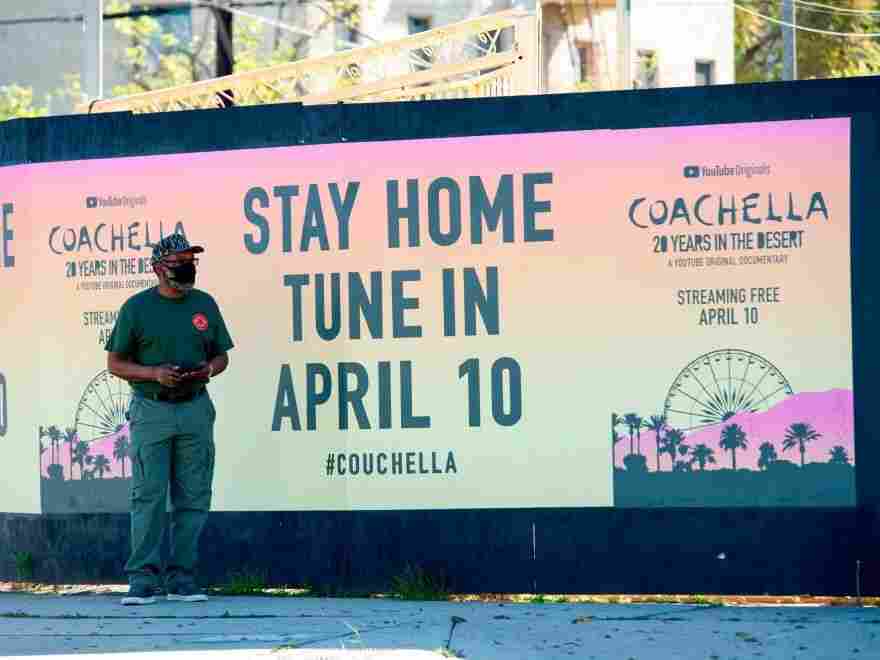 A man stands in front a poster advertising an "at home" streamed Coachella event in April in Hollywood, Calif. Valerie Macon/AFP via Getty Images hide caption 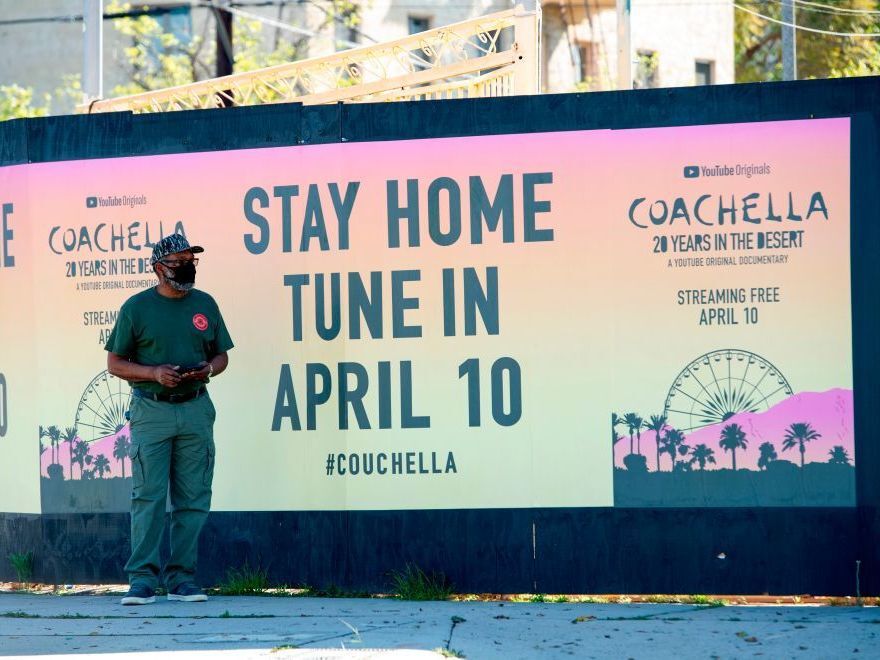 A man stands in front a poster advertising an "at home" streamed Coachella event in April in Hollywood, Calif.

The popular annual music festival Coachella and its country music sibling, Stagecoach, have both been canceled for 2020.

While the events' promoter, Goldenvoice, has not yet made a public announcement, the cancellation order was released Wednesday evening by the public health officer of Riverside County, Calif.

In March, the festivals' organizers announced that both Coachella and Stagecoach would be delayed until October. However, the order from Dr. Cameron Kaiser, the health officer, warned of a possible spike in COVID-19 infections this fall. He also noted that the festivals attract "hundreds of thousands of attendees from many countries," and that if an outbreak were to occur at Coachella or Stagecoach, it would be "impossible to track those who may be at risk."

On Thursday afternoon, Coachella announced April 2021 dates for both festivals on social media, adding that they would be sharing new lineups as well. The organizers also said that all 2020 passes will be honored next year.

It is still unclear whether or not Goldenvoice, Coachella's promoter, can feasibly present the festivals in April and still meet social distancing requirements, or if they will ultimately have to move them to fall 2021 in a bid to increase audience capacity safely. It's also unclear at this point which marquee artists would commit to performing at either time.

Nearly 600,000 tickets were sold for the 2019 edition of Coachella, which was held across two consecutive weekends. The scheduled headliners for the canceled 2020 festivals included Rage Against the Machine, Travis Scott and Frank Ocean for Coachella and Thomas Rhett, Carrie Underwood and Eric Church for Stagecoach.

Goldenvoice is owned by the massive live event company AEG Presents. Variety reported on Monday that AEG Presents is instituting a variety of layoffs, furloughs and pay cuts across all areas of the organization as of July 1.