Accessibility links
100 Graves Dug At Copacabana Beach To Protest Brazil's COVID-19 Response : Coronavirus Live Updates Brazil has become a major epicenter of the pandemic, with more than 40,000 deaths. Confirmed cases of the virus in the country are surpassed only by the United States. 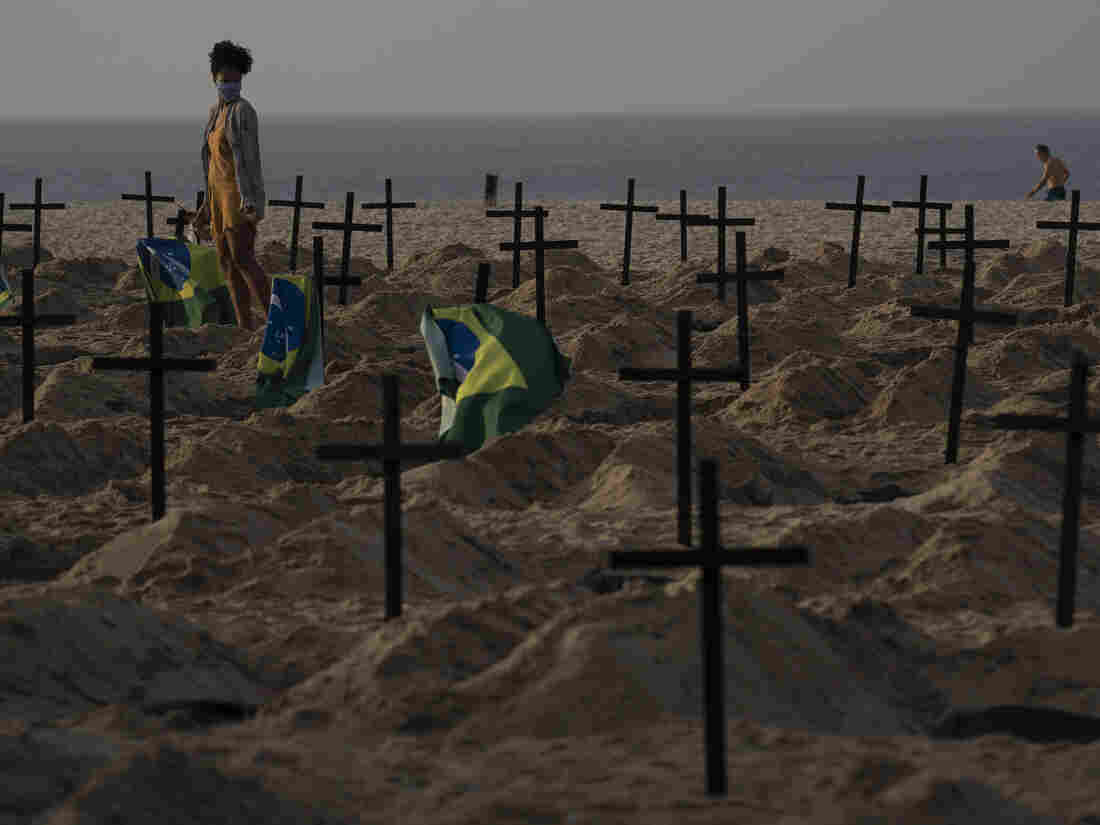 A woman walks amid symbolic graves on Copacabana Beach, dug by activists from the NGO Rio de Paz protesting the government's handling of the COVID-19 pandemic in Rio de Janeiro on Thursday. Leo Correa/AP hide caption 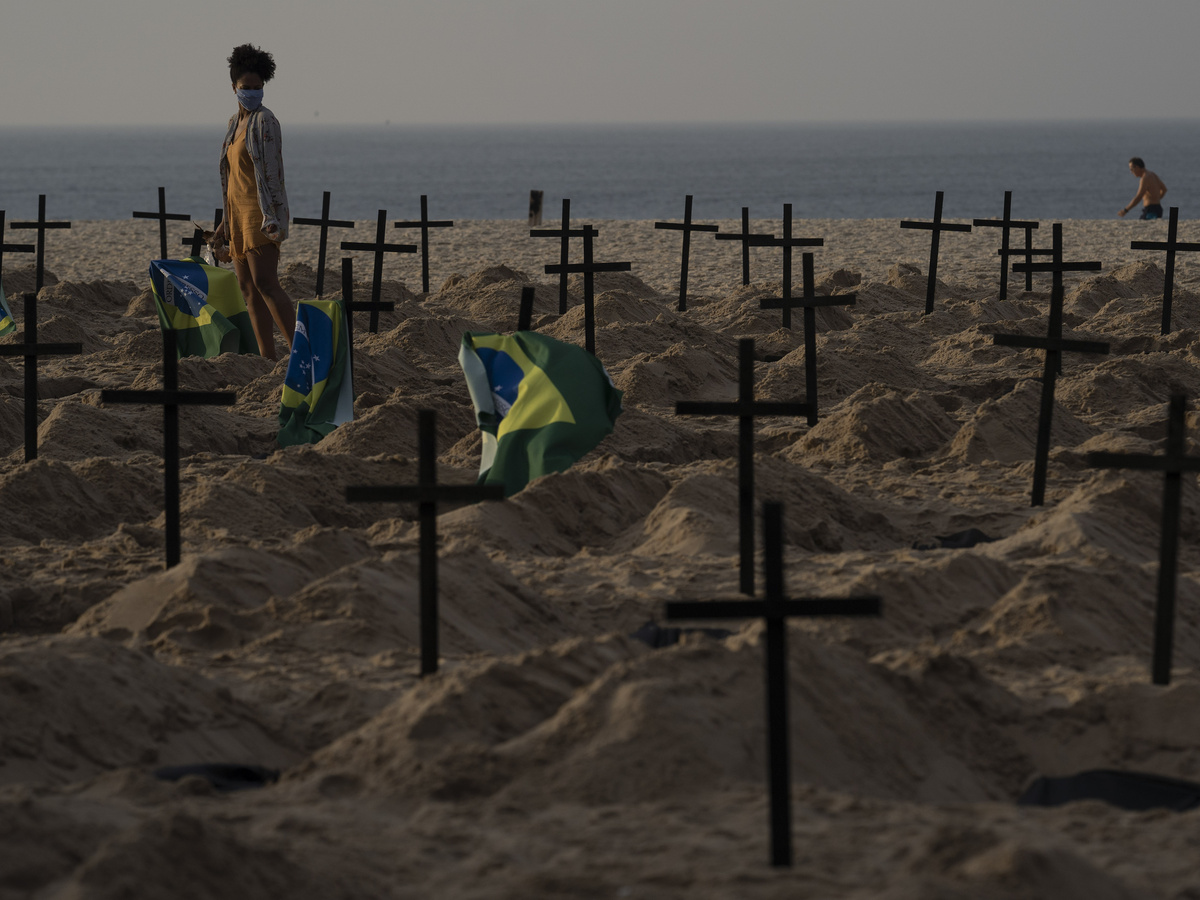 A woman walks amid symbolic graves on Copacabana Beach, dug by activists from the NGO Rio de Paz protesting the government's handling of the COVID-19 pandemic in Rio de Janeiro on Thursday.

Volunteers critical of Brazil's response to the coronavirus pandemic dug 100 graves with black crosses in Rio's Copacabana Beach as a reminder of the more than 40,000 people who have died because of the virus in the country so far.

The event was held by an organization called Rio de Paz. In a Facebook post, the organization said the graves were meant to protest a "succession of mistakes made by the Federal Government in conducting this humanitarian crisis." Brazil has become a major epicenter of COVID-19, with the number of infections there second only to the United States.

Brazilian President Jair Bolsonaro has been criticized for downplaying the gravity of the pandemic and questioning the validity of reported case numbers, suggesting they are inflated to damage his government's reputation.

Citizens were outraged after Bolsonaro was seen on Facebook calling for his supporters to enter public hospitals and film what they see in an effort to prove that there are fewer patients hospitalized for COVID-19 than reported. Medical officials say walking into hospitals without permission is prohibited and risks spreading the virus and violating patient privacy.

Earlier this month, the Brazilian president also faced criticism when the Ministry of Health suddenly stopped publishing a running total of new COVID-19 infections on its website, instead sharing only the number of new confirmed cases each day.

A justice on Brazil's Supreme Court later ruled that the ministry must start providing the data again. Justice Alexandre de Moraes said in his ruling that concealing such information could hinder efforts to understand the spread of the virus and have "disastrous consequences" for the country's pandemic response.

In a tweet, Justice Gilmar Mendes called the ministry's "manipulation" of data a "maneuver of totalitarian regimes."