Accessibility links
Dow Gains 477 Points After Thursday's Dramatic Plunge : Coronavirus Live Updates Major stock indexes bounce back a day after the Dow lost 1,861 points amid spikes in new cases in states that had reopened their economies. 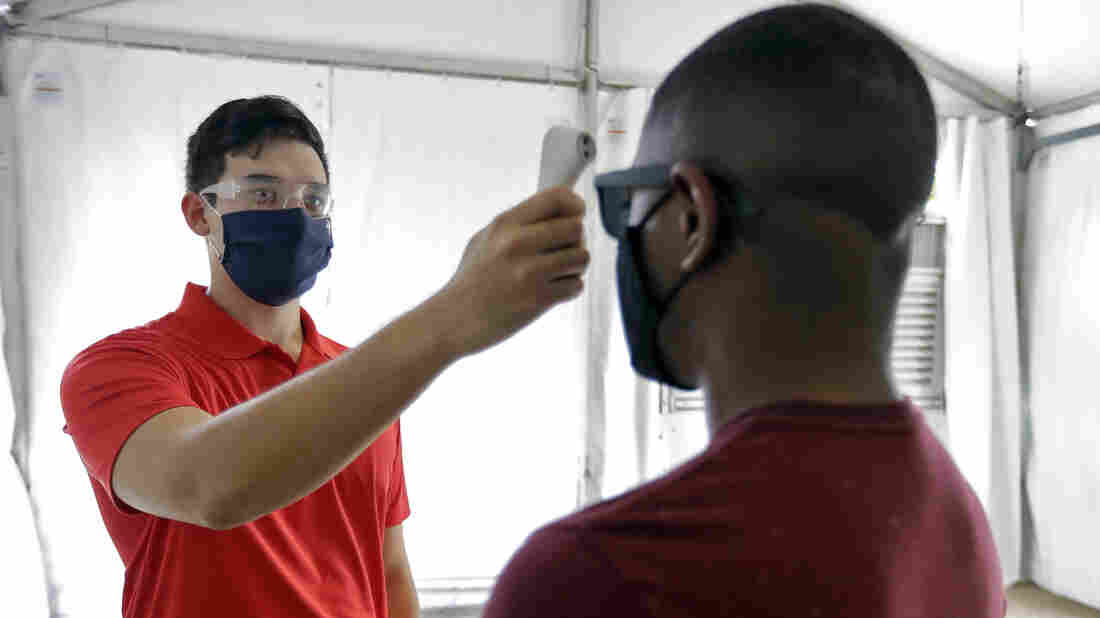 Matt Comstock (left) takes the temperature of a guest at Busch Gardens in Tampa, Fla., on Wednesday. A spike in coronavirus cases in Florida and other states raised concerns in financial markets. Chris O'Meara/AP hide caption 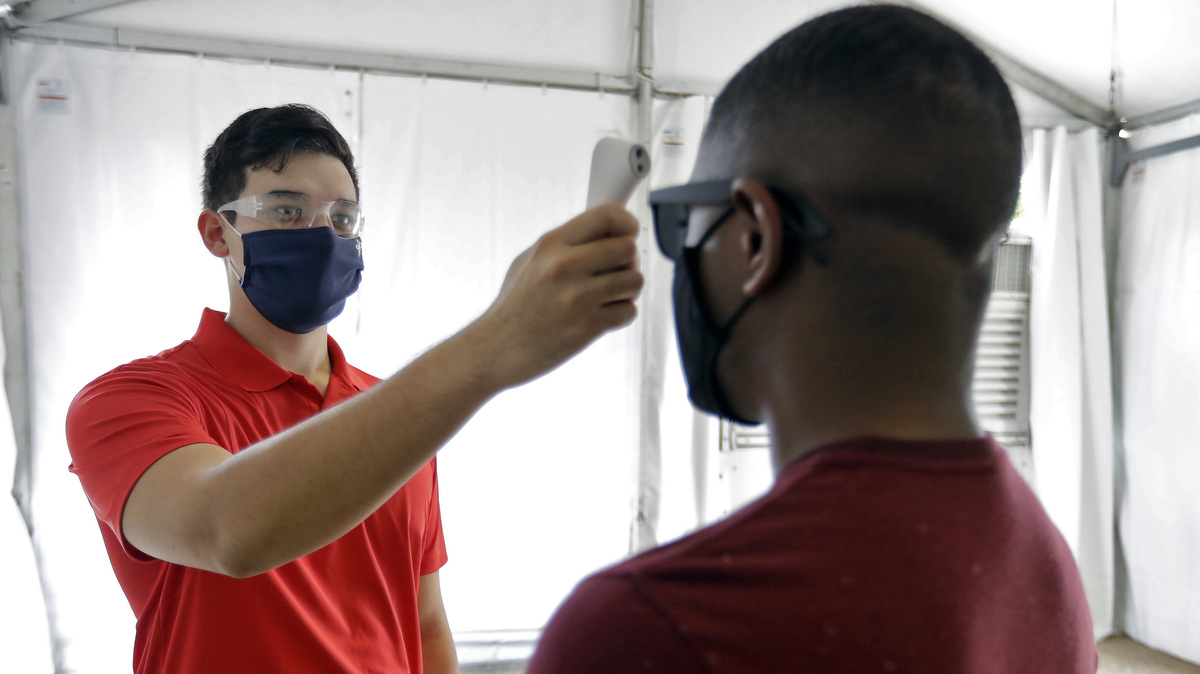 Matt Comstock (left) takes the temperature of a guest at Busch Gardens in Tampa, Fla., on Wednesday. A spike in coronavirus cases in Florida and other states raised concerns in financial markets.

Stock prices rebounded Friday, one day after a punishing drop triggered by fears that the coronavirus cases are increasing in the Sunbelt.

Much of Friday's increase appeared tied to bargain-hunting by investors searching for good deals after Thursday's rout. Boeing, which lost 16% on Thursday, was back up more than 11% Friday.

Meanwhile, Houston is considering reimposing lockdowns, and California said it has seen more hospitalized patients than at any time since May 13.

The surge has triggered fears that a second wave of cases is cresting, which would be devastating to an economy that has already slowed down sharply.

Consumer confidence remains low, but rose this month. The University of Michigan's closely watched index climbed to 78.9, from 72.3 in May. It was 98.2 a year ago.

"We think consumer attitudes could quickly sour if there is a renewed increase in the rate of COVID infections and if Congress doesn't renew unemployment benefits set to expire at the end of July," said Nancy Vanden Houten, lead U.S. economist at Oxford Economics.

Adding to investors' anxiety was this week's gloomy pronouncement from the Federal Reserve that unemployment would be 9.3% at year's end, a drop from current levels but still very high.

"It is a long road. It is going to take some time," Fed Chairman Jerome Powell told reporters on Wednesday.

President Trump, who has often attacked Powell, said in a tweet that the Fed has often been wrong in its predictions. He also reiterated assurances that the economy will rebound sharply by the last three months of 2020.