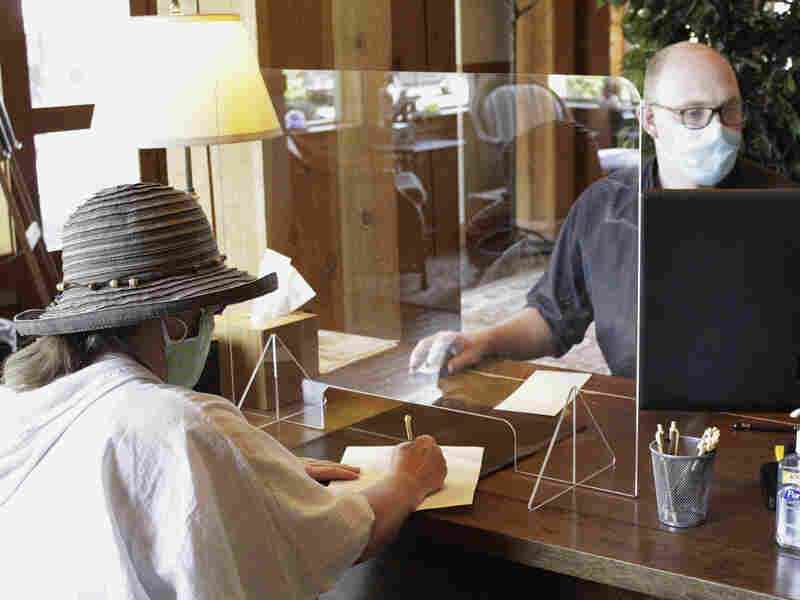 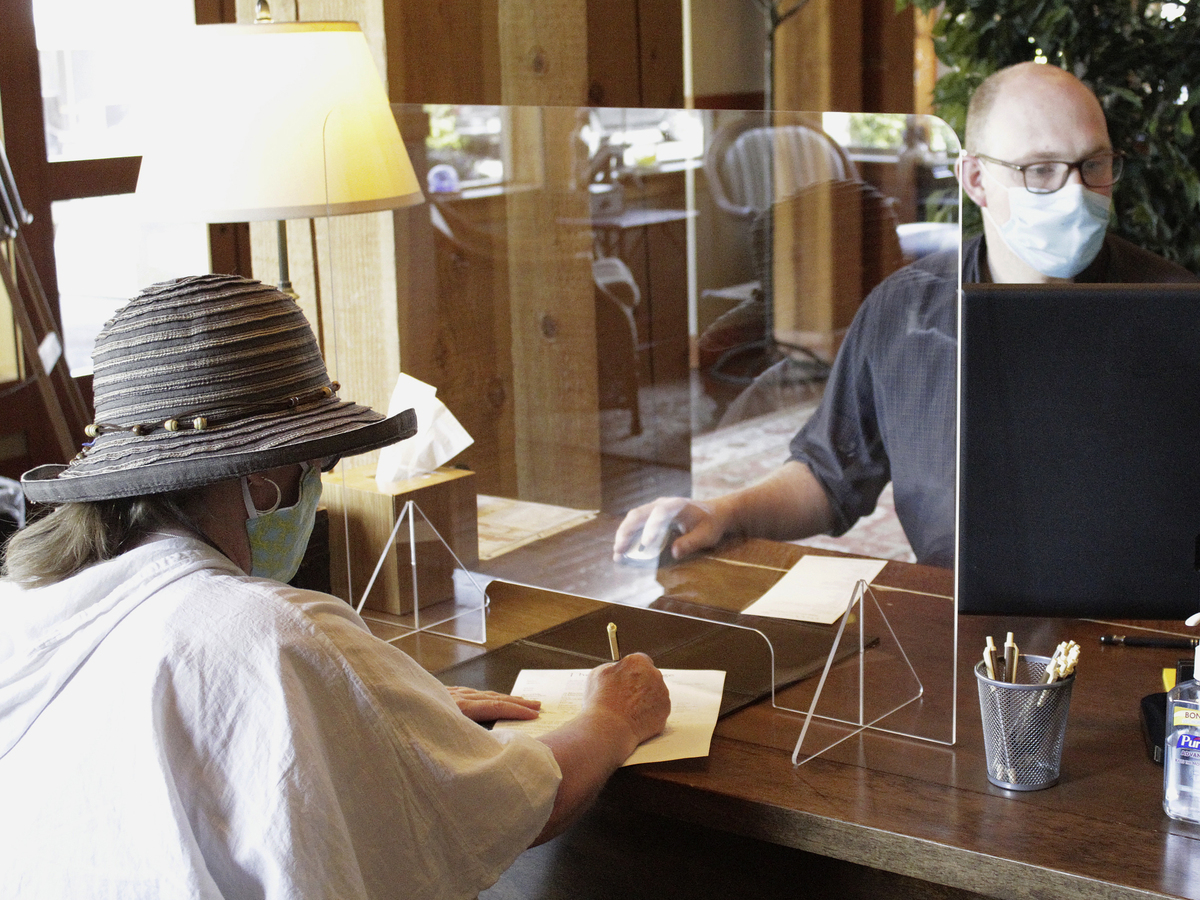 A hotel employee helps a guest from behind protective plastic last month at the Ocean Lodge in Cannon Beach, Ore.

Oregon Gov. Kate Brown has put a temporary pause on all further reopening efforts in the state after it saw the most new cases of the coronavirus in a single day since the start of the pandemic.

"In order to ensure that the virus is not spreading too quickly, I am putting all county applications for further reopening on hold for seven days," Brown said in a statement. "This is essentially a statewide 'yellow light.' It is time to press pause for one week before any further reopening."

Less than three weeks ago, the seven-day rolling average of new cases in the state was lower than 32. Now, it's above 100, according to data compiled by The Oregonian newspaper

The pause came just before Oregon's most populous county, Multnomah, was set to start phase one of reopening, as Oregon Public Radio reported.

The county, which is home to Portland, was planning to have a limited reopening of establishments such as restaurants, gyms, salons and malls. It is the only county in the state that hasn't moved into the initial phase of reopening.

Brown cited a number of "areas for concern" that the state has been seeing in Multnomah County in its recent coronavirus data.

She said that hospitalizations have gone up there in the last two weeks, a higher percentage of tests are coming back positive, and more than 40% of new cases haven't been traced back to a source.

"This was not the outcome we anticipated when we submitted our application on June 5,'' Multnomah County Chair Deborah Kafoury said in a statement. "I understand how difficult this is for businesses, employers and families. But the increase in cases and delay in reopening is a reminder that we are very much still in this.''