A COVID-19 patient lies in a hospital bed at Papa Giovanni XXIII hospital, in Bergamo, Italy, in April. Prosecutors are investigating whether regional or national authorities mismanaged the response to the coronavirus as it quickly spread through northern Italy. Claudio Furlan/AP hide caption 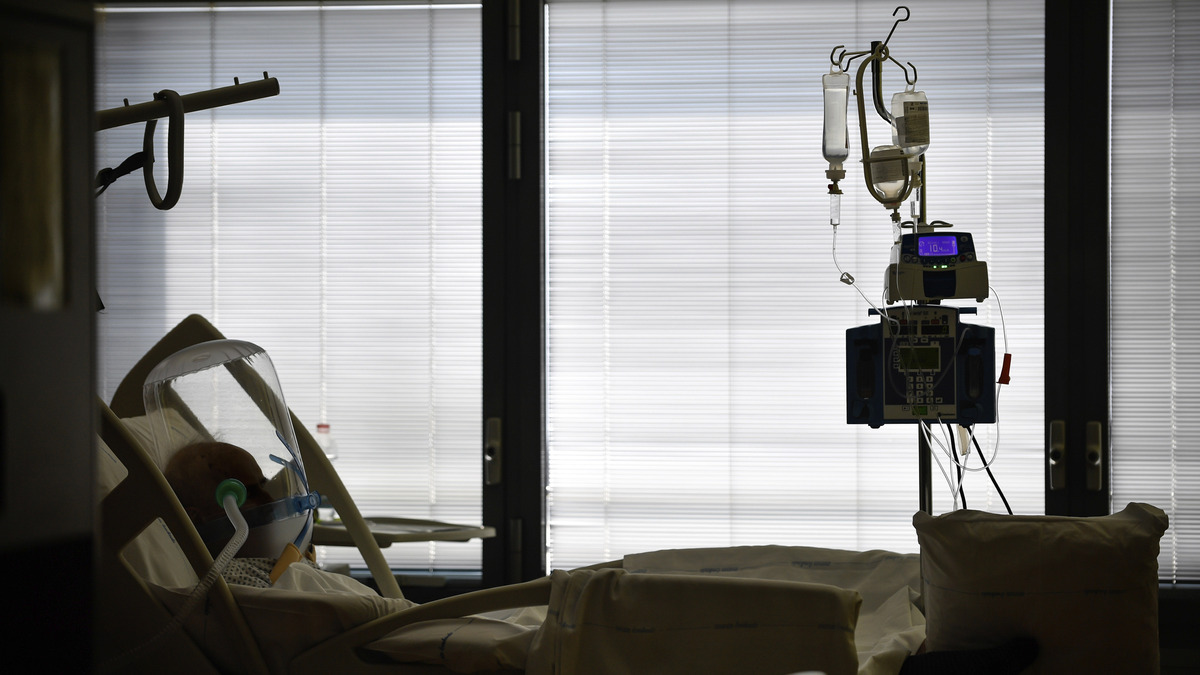 A COVID-19 patient lies in a hospital bed at Papa Giovanni XXIII hospital, in Bergamo, Italy, in April. Prosecutors are investigating whether regional or national authorities mismanaged the response to the coronavirus as it quickly spread through northern Italy.

Investigators want to know why the towns of Alzano Lombardo and Nembro in the northern industrial region of Lombardy were not isolated and declared "red zones" as soon as the first cases were identified. As of now, no one has been charged.

As the first country outside Asia hit by the new coronavirus, Italy was totally unprepared to deal with the new and poorly understood virus. The country reported its first official case of local infection in the town of Codogno on Feb. 21. By that evening, the national government ordered 10 towns in the surrounding province of Lodi into lockdown.

Action was not so swift in the towns of Alzano Lombardo and Nembro, in Bergamo province. They registered their first cases on Feb. 23, but it wasn't until March 3 that national health officials recommended the two towns be sealed off. Meanwhile, the local branch of the leading business lobby, Confindustria, launched an English-language campaign "#Bergamoisrunning," playing down the threat of the virus: "Italian governments and responsible agencies have taken immediate protective measures, in order to prevent new cases," the head of Cofindustria Bergamo said in an online letter.

It was only on March 8, when the entire Lombardy region was locked down, that Alzano Lombardo and Nembro were quarantined. Several experts say that delay allowed the coronavirus to spread to the city of Bergamo, which became the virus epicenter in Italy. The city recorded nearly six times as many deaths in the month of March as the average over the previous five years.

Bergamo became the symbol of the Italy's COVID-19 tragedy when videos showed army trucks carrying coffins from its overwhelmed cemetery to other towns: Caskets were piling up; Bergamo's crematorium, even working nonstop, could not handle more than 25 bodies a day. Mayor Giorgio Gori says he regrets his city and the surrounding area were not locked down sooner. He told the Foreign Press Association this week, "We didn't lose five days, we lost two months."

Asked by the daily La Repubblica if, in hindsight, he should have ordered a lockdown sooner, Prime Minister Giuseppe Conte said his conscience was clear and that he would not have done anything differently. Conte and his center-left coalition are engaged in a blame game with Lombardy's right-wing regional government. Lombardy officials say the decision to isolate Alzano Lombardo and Nembro was up to the national government, but officials in Rome say regions have the full authority to order their own lockdowns, as several did in March.

Meanwhile, some 50 families of victims of COVID-19 in Bergamo province have filed formal legal complaints to seek to know whether there was wrongdoing in any of the deaths of their loved ones. They say their aim is not to prosecute individual health care workers but to reveal where the system may have failed.

About 57,000 Italians have joined the families' Facebook group called Noi Denunceremo (We Will Report). The daily Corriere della Sera reported on Friday that 250 more complaints were about to be filed.