Accessibility links
With Cadets Social Distancing And A Backdrop Of Tensions, Trump Speaks At West Point : Coronavirus Updates Cadets donned masks and sat six feet apart as the president delivered a commencement address amid tensions with military leaders over his response to nationwide protests over police violence.

With Cadets Social Distancing And A Backdrop Of Tensions, Trump Speaks At West Point

With Cadets Social Distancing And A Backdrop Of Tensions, Trump Speaks At West Point 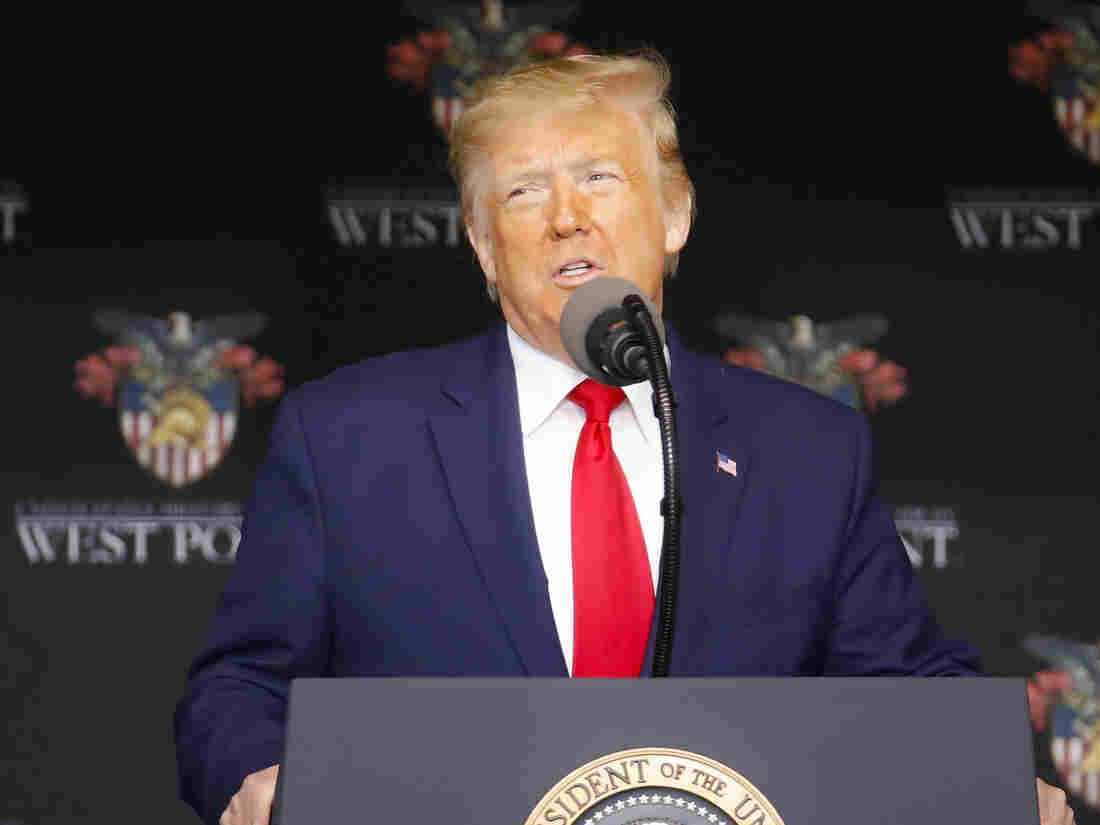 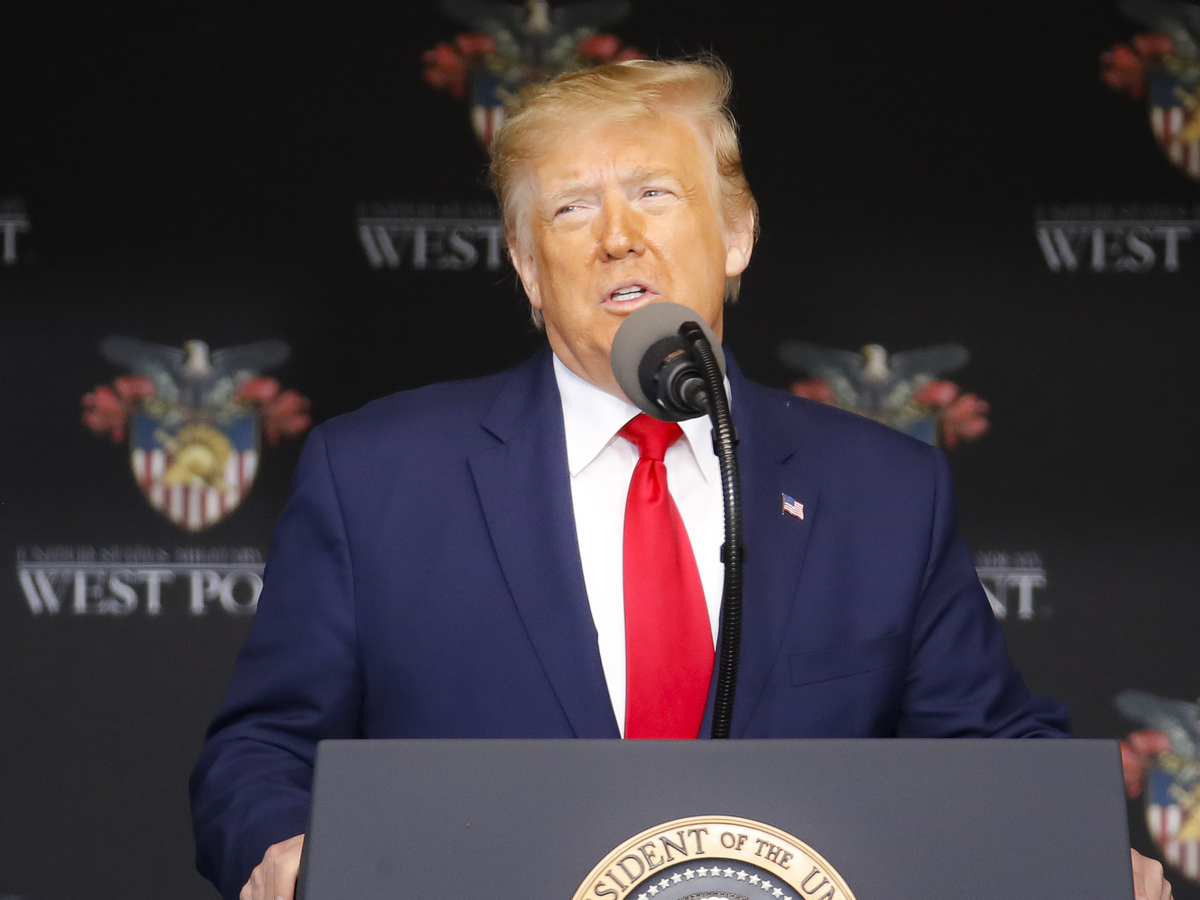 President Trump addressed the graduating class of the U.S. Military Academy on Saturday as the nation continues to grapple with a public health crisis and unrest following the police killing of George Floyd.

The president delivered his remarks at West Point to an audience of more than 1,000 graduating cadets. The in-person speech was a break from the video addresses that have been ubiquitous this graduation season.

During his address, Trump praised the graduating class, highlighting the military academy's legacy and the work of individual cadets. He invoked the names of famous graduates, such as Generals Douglas MacArthur and George S. Patton, and celebrated the academy's role in shaping America's military.

"No force on earth can match the noble power and righteous glory of the American warrior," Trump said. 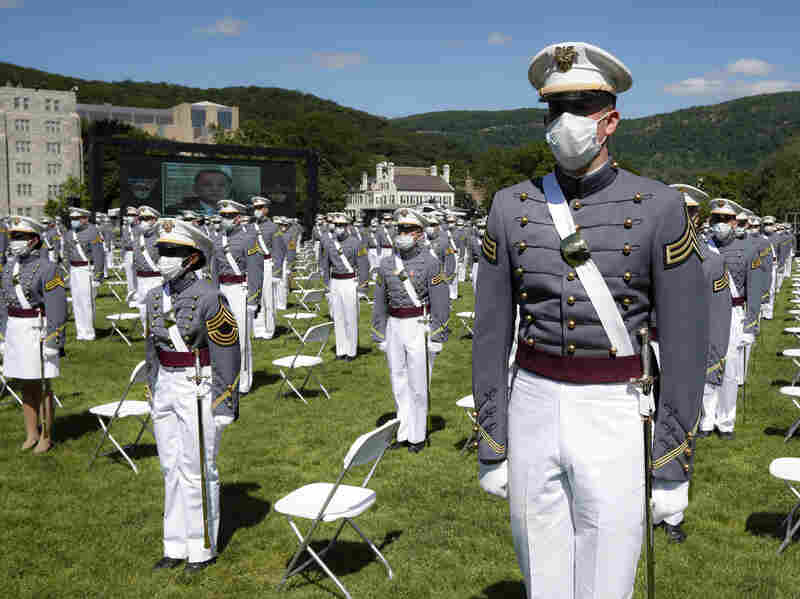 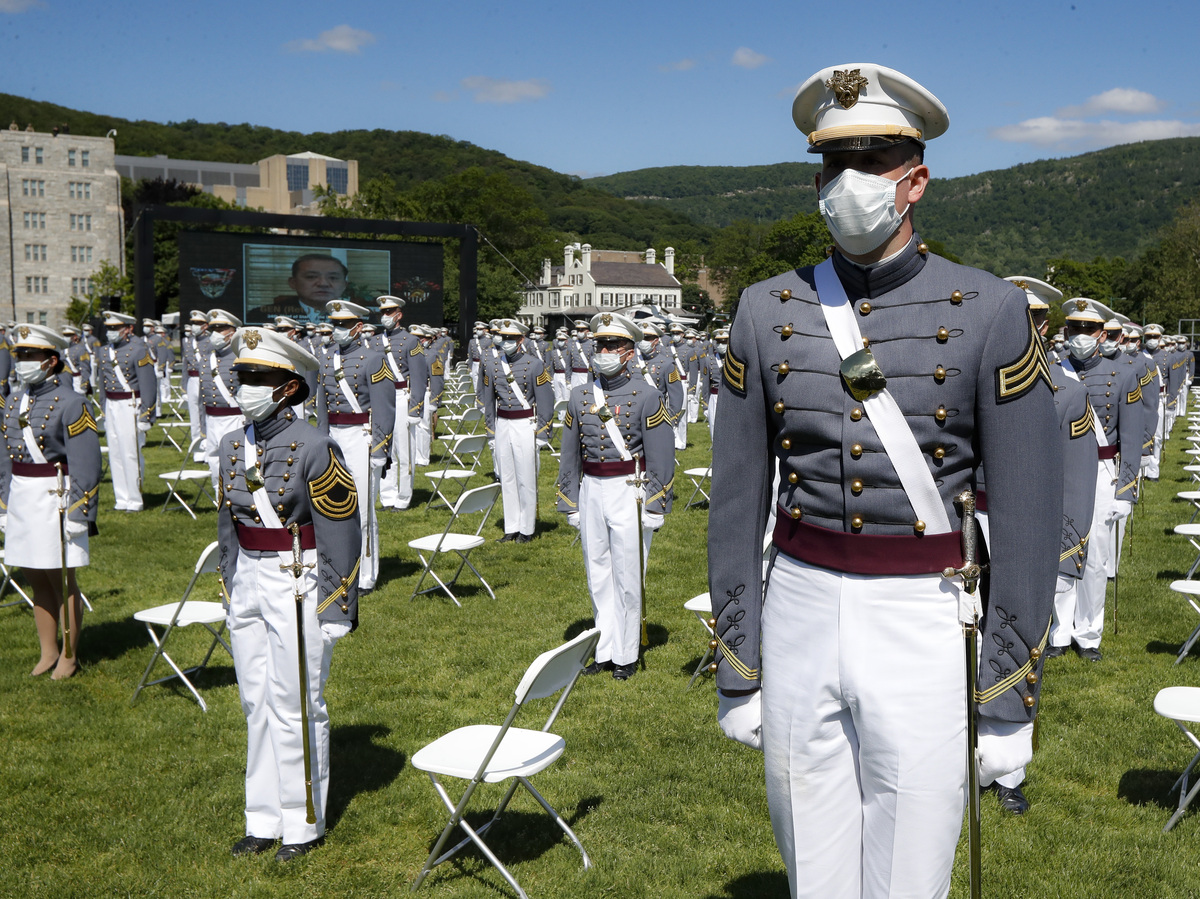 The president told cadets that the moment they entered the academy's grounds, they "became brothers and sisters pledging allegiance to the same timeless principles."

"You come from the farms and the cities, from states big and small and from every race, religion, color and creed. But when you entered these grounds you became part of one team one family proudly serving one great nation," the president said.

For most of his remarks, Trump hewed closely to the themes of the commencement ceremony, extrapolating on the school's motto, "Duty. Honor. Country." He did not directly address the ongoing nationwide protests against police violence, but did use his remarks to thank the U.S. National Guard in responding to "recent challenges" among them, "ensuring peace, safety and the constitutional rule of law on our streets."

The remarks came against a backdrop of tensions between the president and current and former military leaders over Trump's response to nationwide protests over police violence.

Earlier this month, Defense Secretary Mark Esper said he disagreed with President Trump's threatened use of the 1807 Insurrection Act to quell the protests.

On Thursday, Gen. Mark Milley, the chairman of the Joint Chiefs of Staff, said he regretted appearing with the president during a photo op that followed the forceful dispersal of peaceful protesters near the White House. The incident prompted a stinging rebuke from the president's first Secretary of Defense, retired Marine Gen. Jim Mattis, who called it "an abuse of executive authority."

The president has also said he opposes renaming military bases named for confederate generals despite bipartisan support in Congress.

During his remarks, the president also mentioned the COVID-19 pandemic referring to the disease as "an invisible enemy" from a "distant land called China."

"We will vanquish the virus," Trump said. "We will extinguish this plague."

The pandemic had a marked effect on the ceremony. Cadets who'd been sent home because of the coronavirus were called back for the ceremony.

During the ceremony, graduates were seated six feet away from each other. Cadets also donned masks as they crossed the stage. There was also no handshakes and family had to watch the ceremony remotely.