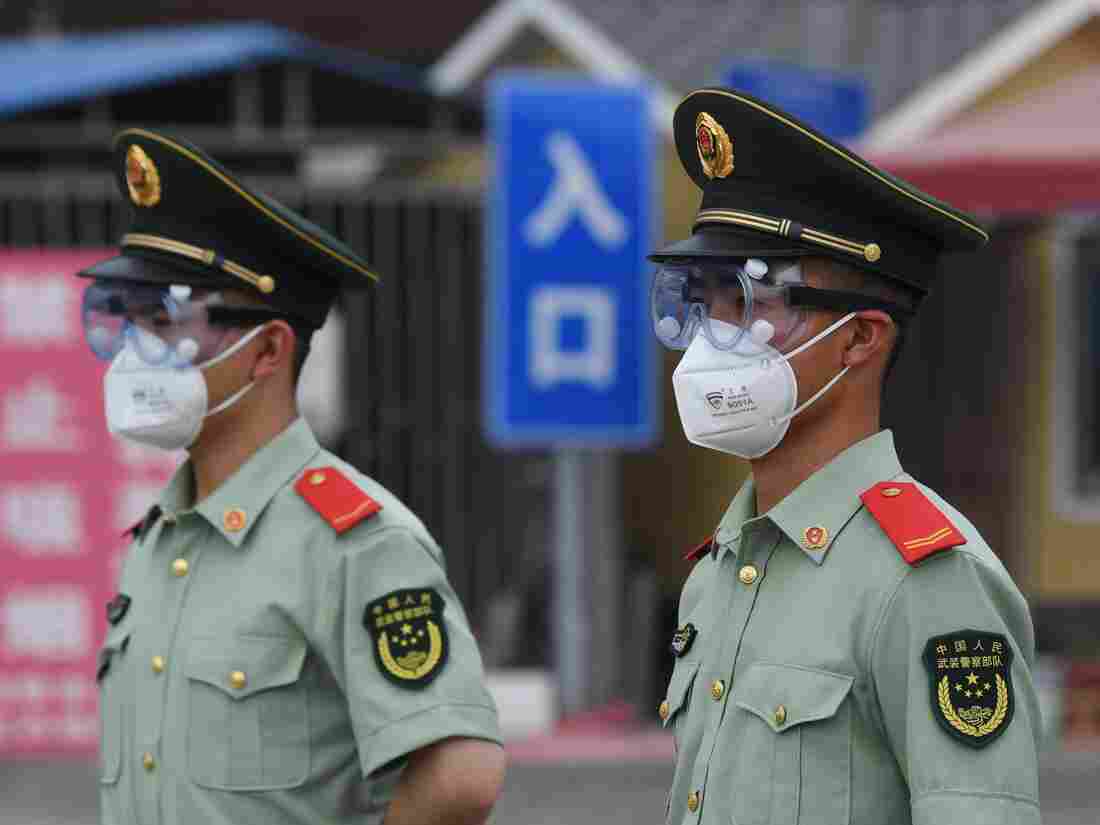 Paramilitary police officers wear face masks and goggles as they stand guard at an entrance to the closed Xinfadi market in Beijing on Saturday. Greg Baker /AFP via Getty Images hide caption 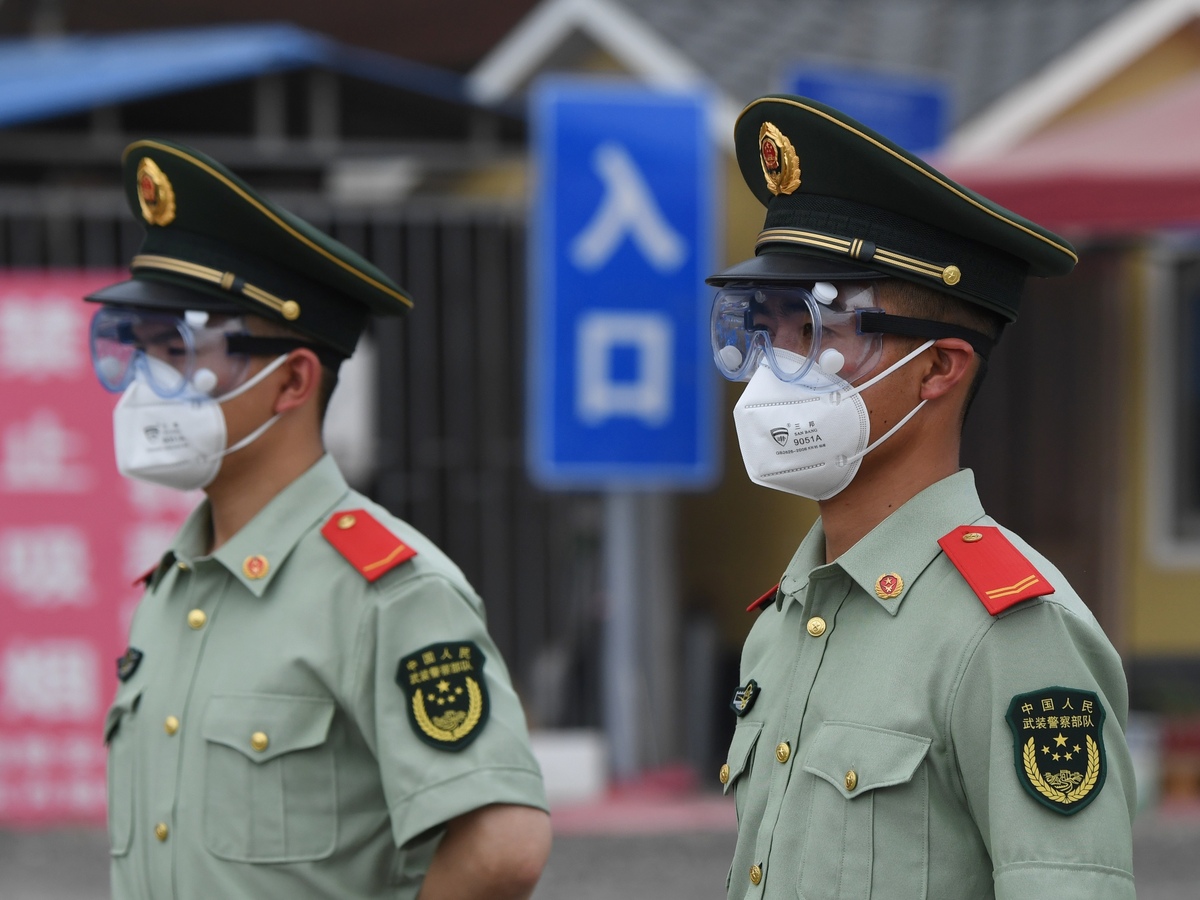 Paramilitary police officers wear face masks and goggles as they stand guard at an entrance to the closed Xinfadi market in Beijing on Saturday.

China's capital of Beijing has discovered 79 symptomatic new cases of the coronavirus since Thursday, leading city authorities to resurrect lockdown measures and elevating fears of a second wave of infections.

All the new cases were linked to the sprawling Xinfadi wholesale food market in the south of Beijing, which supplies the city and its environs with 1,500 tons of seafood, 18,000 tons of vegetables and 20,000 tons of fruit every day, according to the market's website.

The first new case was confirmed Thursday, after one man who bought produce from the seafood and meat section of the Xinfadi market on June 3 tested positive for COVID-19. It is not yet clear how he became infected; he denied having any recent travel history. Two more cases were identified the following day, and the market was sealed off as of early Saturday morning.

Authorities said they tested 5,803 people working at the market on Saturday alone — all were negative for the coronavirus — as well as 2,383 samples taken from surfaces within the market. Those who have been in contact with the market or people who have contacted the market since May 30 have been asked by municipal authorities to voluntarily submit themselves to a nucleic acid exam.

On top of the 79 cases, authorities have discovered at least 48 asymptomatic cases of the coronavirus linked to the market, meaning the people carrying the virus have yet to show symptoms. They are being kept under medical observation in quarantine, Beijing health authorities said over the weekend.

Lockdown measures, which had been rapidly easing up before the cluster of cases was discovered in Beijing, are now partially returning.

Municipal authorities shut down sporting events and tourism sites in the capital on Saturday. Restaurants are once again discouraged from accepting large groups for dining together. Eleven residential complexes near the market have been locked down and its residents forbidden from leaving. Beijing's Fengtai district, where Xinfadi market is located, was designated a high-risk area on Sunday.

Wu Zunyou, an epidemiologist with China's center for disease control, said Sunday that the virus was likely transmitted from seafood and meat products whose surfaces were contaminated after being handled by infected people elsewhere.

Two samples taken from the market detected variants of the coronavirus that were more similar to those that are prevalent in Europe rather than the variant most commonly detected in patients in China, Zeng Guang, another epidemiologist at China's center for disease control, told Chinese media.

Many of the cities largest luxury hotels and restaurants said they were voluntarily disposing of all their raw fish and would stop serving seafood.

But some urged restraint and calm.

"Beijing will not became a second Wuhan. It will not spread the virus to other cities around the country or warrant a citywide lockdown," Xeng, a former health commission senior expert, told state media on Sunday.