Accessibility links
Greece Reopens To Tourists, But Some Coronavirus Restrictions Apply : Coronavirus Live Updates The country has begun letting in foreign visitors, but those from countries with high COVID-19 infection rates are to be tested and quarantined. Greece has one of the lowest infection rates in Europe.

Greece Reopens To Tourists, But Some Coronavirus Restrictions Apply

Greece Reopens To Tourists, But Some Coronavirus Restrictions Apply 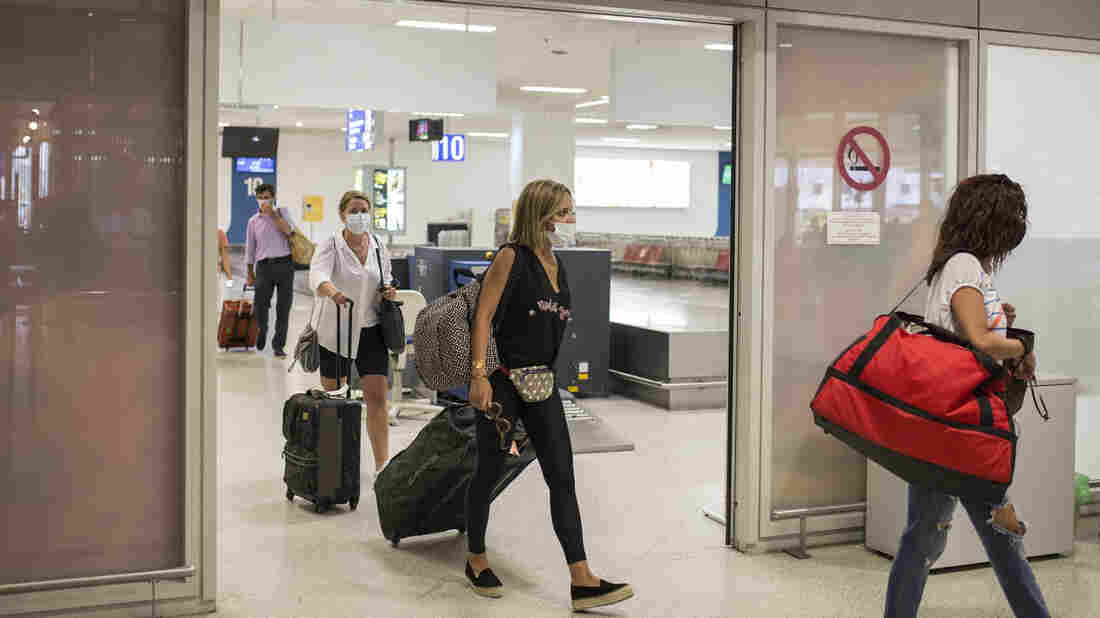 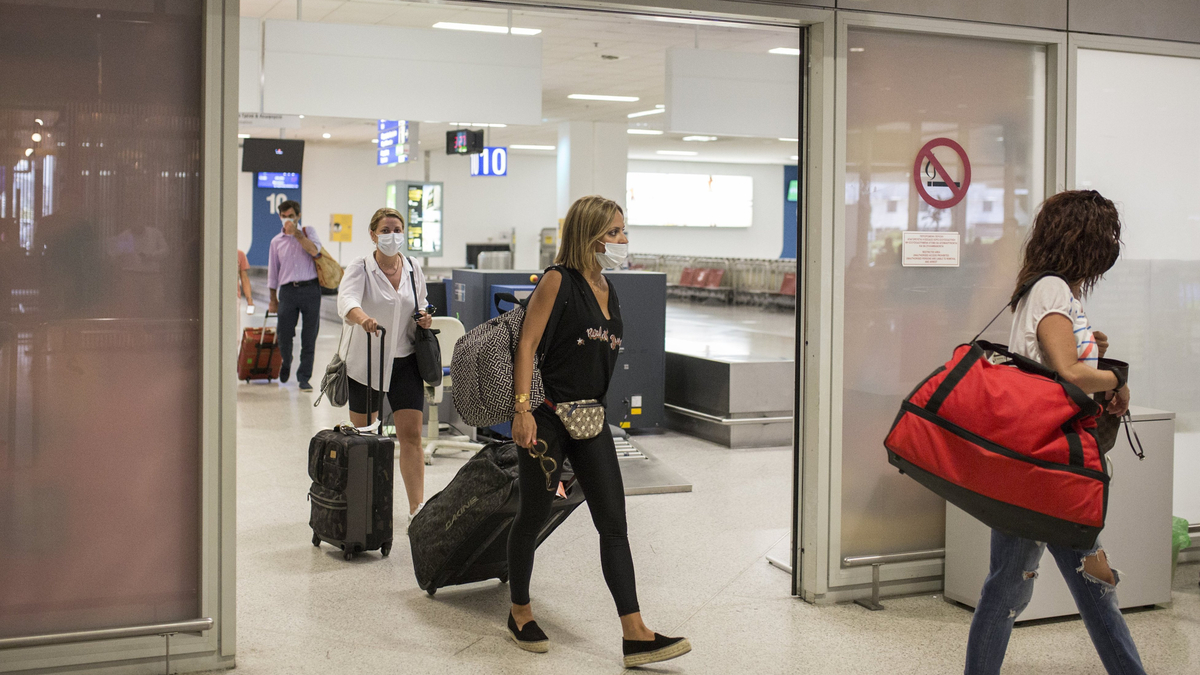 Travelers arrive Monday at the Athens Airport after Greece reopened for some international flights.

Greece has reopened its airports to international travelers in the hopes of salvaging this year's tourism season and easing an anticipated recession caused by coronavirus lockdowns.

Existing restrictions on flights from countries considered high risk — including the United States, the United Kingdom and Turkey — will remain in place at least until July 1.

Greece has one of the lowest coronavirus infection rates in Europe, with 3,134 confirmed cases and 184 deaths, according to data compiled by Johns Hopkins University. Greek Prime Minister Kyriakos Mitsotakis told the Greek TV station SKAI that the country is better prepared for what epidemiologists anticipate will be a second wave of infections in the fall.

The Coronavirus Is Hurting Travel, So Greece Has Begun Offering Virtual Tourism

"Social distancing is now second nature," Mitsotakis told SKAI, adding that hospitals are equipped with more intensive care unit beds and the government is smarter about testing and contact tracing.

"That means we won't have to take drastic measures again," he said. "We will close a school or a neighborhood block or maybe a city."

A recent survey by the polling agency Pulse shows 21% of Greeks support another strict lockdown. Greece expects its economy will shrink by 10% this year, two years after it finally recovered from a long economic depression caused by a debt crisis and the punitive austerity measures demanded by the eurozone in exchange for bailout loans.

Greece relied on tourism to help it recover. Tourism makes up 20% of Greek economic output, and roughly 700,000 jobs are dependent on it. Last year, the country played host to 33 million foreign tourists.

He said everyone in the hospitality industry will be required to wear masks and that social distancing will be enforced. "You can sit on a veranda with this wonderful view," he said as the sun set over the caldera of the volcanic island. "You can have your nice Assyrtiko wine, enjoy the beach, but we don't want you crowded in a beach bar."

A previous version of this report should have said that Greece is restricting the entry of flights from the United States until at least July 1.