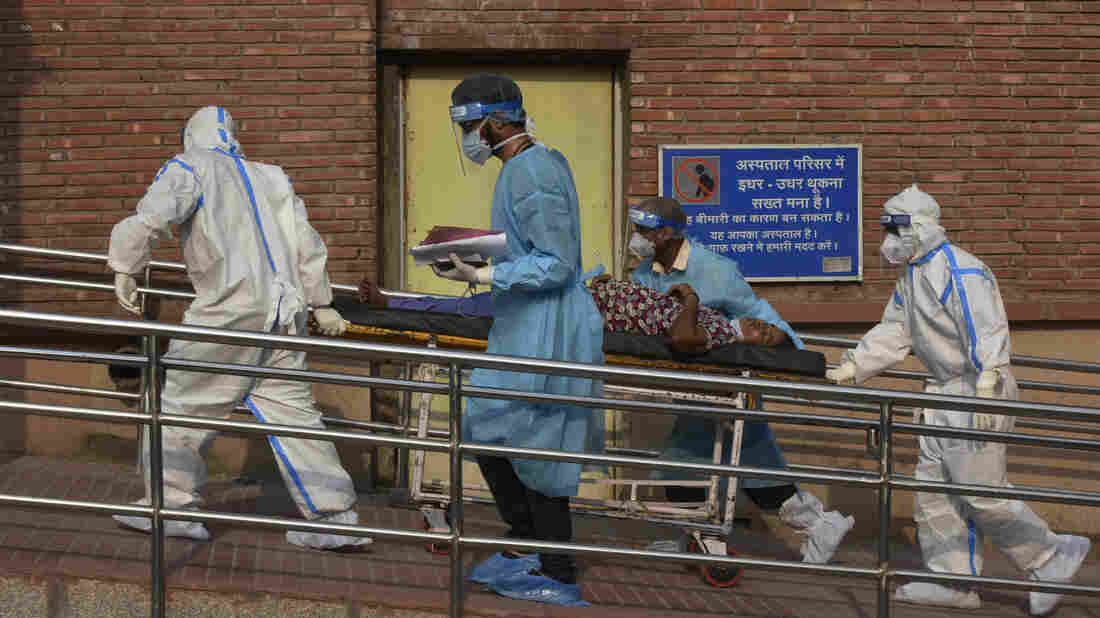 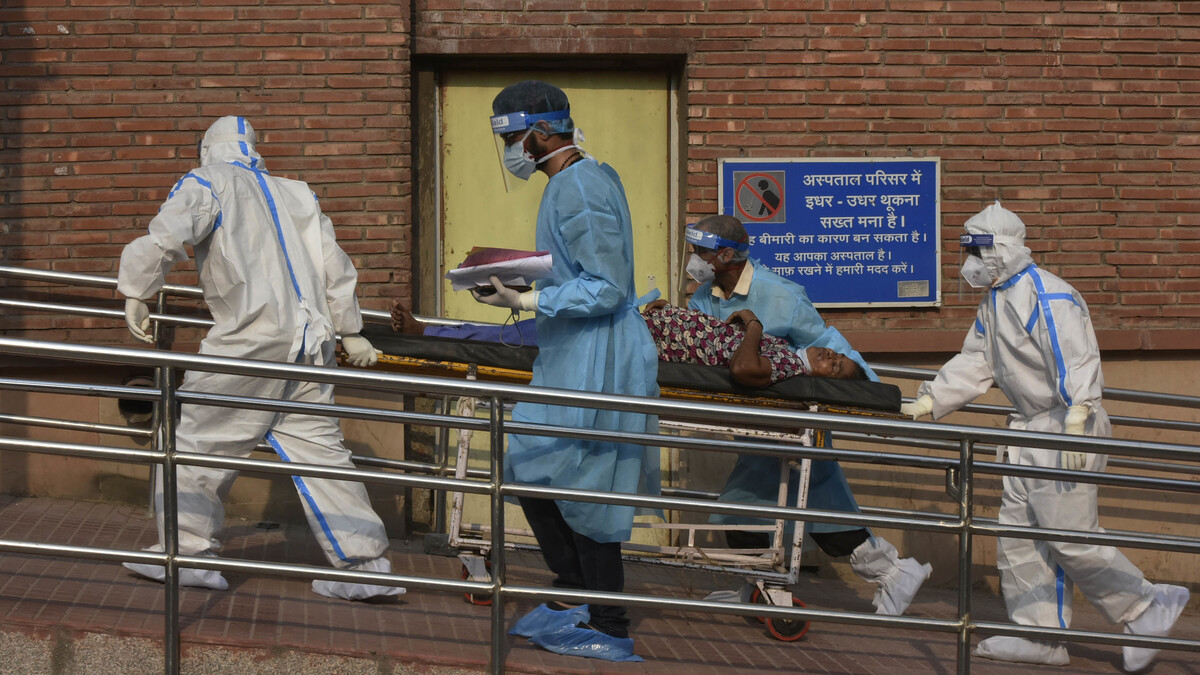 Medical professionals escort a patient into the the COVID-19 ward at Lok Nayak Jai Prakash Hospital in New Delhi on June 15.

India reported a record spike in coronavirus cases Thursday, even as the prime minister ruled out a new nationwide lockdown.

With 12,881 new infections registered, it's the first time India's daily tally has exceeded 12,000. For most of this week, only the United States and Brazil have been adding more new cases daily.

The Health Ministry confirmed a total of 160,384 active cases Thursday, and 12,237 deaths since the pandemic began — in a population of nearly 1.4 billion. But testing rates are very low.

Hospitals in the biggest cities, Mumbai and New Delhi, are overflowing. Social media is flooded with desperate pleas from families searching for COVID-19 tests and hospital beds. Patients, unable to get admitted, have died in parking lots outside clinics and hospitals.

While government hospitals are overcrowded, some of India's elite private clinics are charging up to $950 a day for intensive care with a ventilator.

On Wednesday, Prime Minister Narendra Modi rejected media reports that his government is considering another nationwide lockdown, and told a gathering of chief ministers that they should be looking to minimize restrictions in their states.

Despite Modi's stance, individual states maintain their own restrictions. The southern state of Tamil Nadu imposed a fresh 12-day lockdown on Monday.

On March 25, India imposed the biggest coronavirus lockdown in the world, a move that left tens of millions of migrant workers unemployed and stranded in urban centers or industrial zones, far from home. Many starved to death as they set out on foot to their villages, often hundreds of miles away.

Last month, the government allocated special interstate trains to ferry migrant workers to safety, but many were already so weak, they died en route. In late May, a video went viral on social media, showing a toddler trying to wake up his dead mother on the floor of a train station.