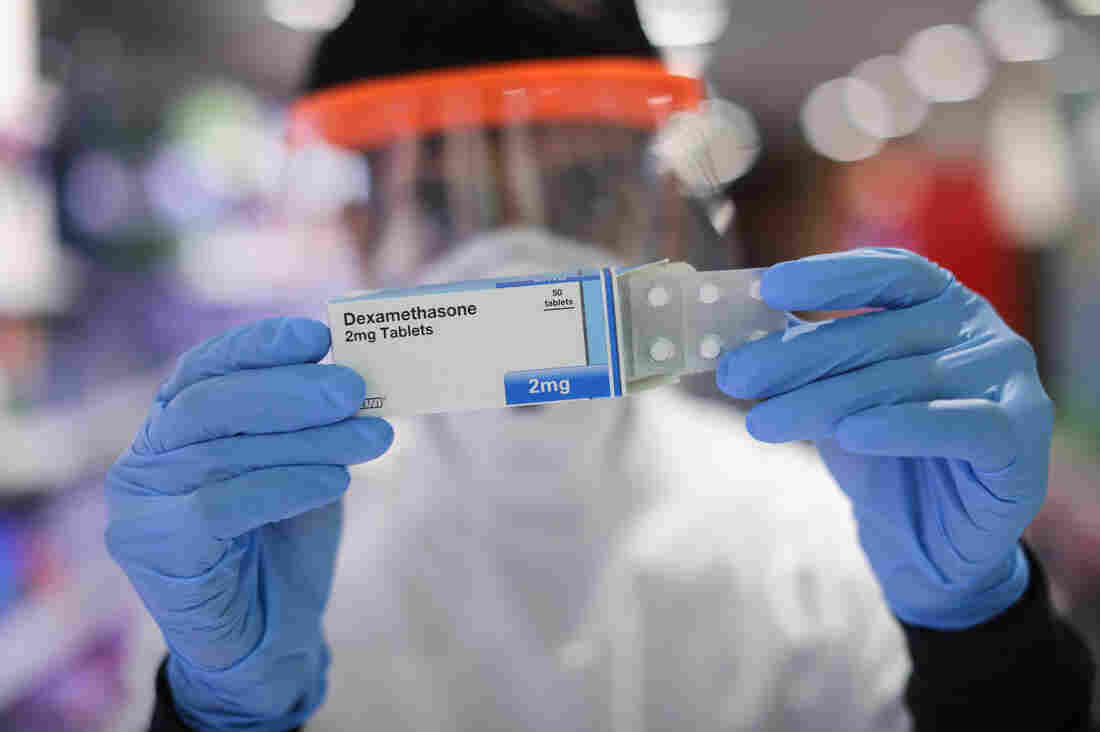 Early results of a new study from University of Oxford researchers show that dexamethasone improved survival in some patients with COVID-19. Simon Dawson/Bloomberg via Getty Images hide caption 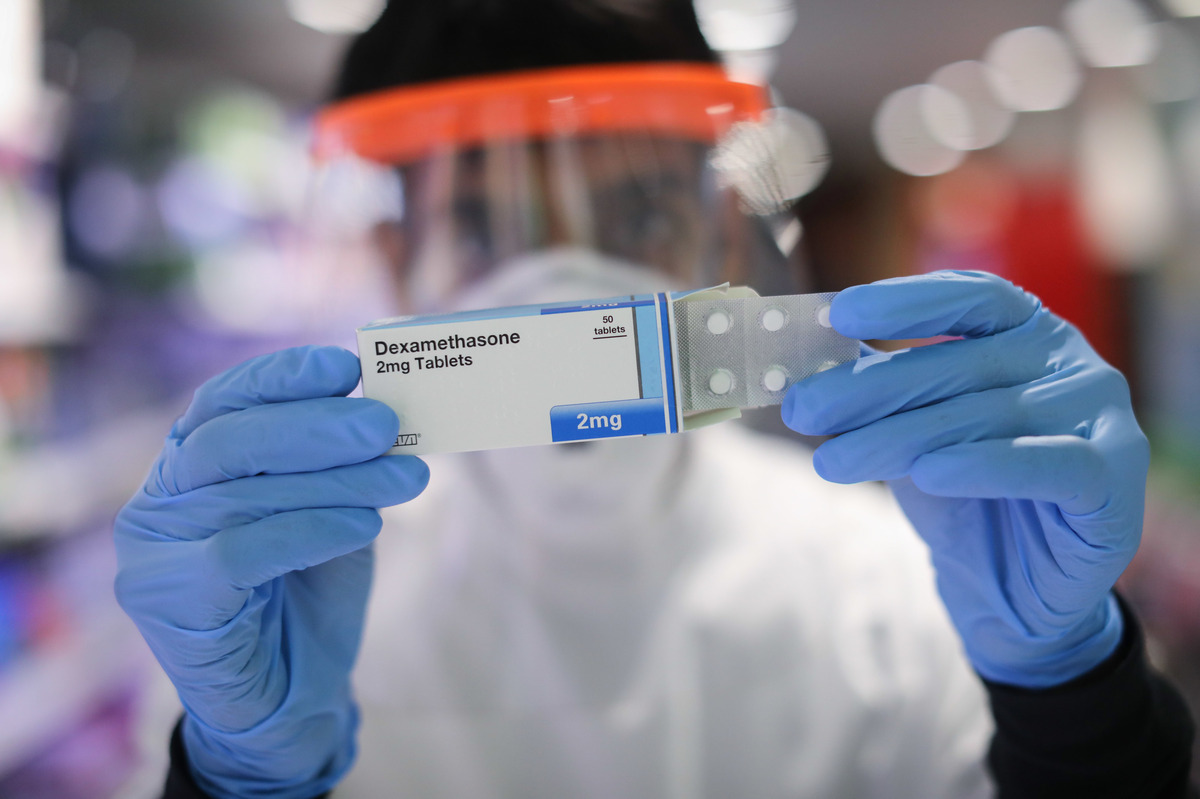 Early results of a new study from University of Oxford researchers show that dexamethasone improved survival in some patients with COVID-19.

Earlier this week, researchers in the United Kingdom announced preliminary results from a clinical trial that showed a low-cost steroid called dexamethasone appeared to lower the risk of death in patients with COVID-19.

The researchers said the anti-inflammatory drug reduced the number of deaths in COVID-19 patients on ventilators or oxygen alone by one-third.

But details of the study did not accompany the announcement. And the announcement followed several prominent revisions in the advice that researchers have given around the coronavirus in recent weeks.

Which is why Dr. Kirsten Lyke, an infectious disease specialist at the University of Maryland School of Medicine, warns that a premature endorsement for the treatment can carry risks.

Lyke, who is running a coronavirus vaccine trial, said that, particularly when dealing with a new kind of virus, we "need to be extremely cautious" when rolling out treatments that have not gone through a rigorous vetting process.

"This is a press release, so they're going to basically give us sort of the bottom line," Lyke said about the dexamethasone announcement in an interview with NPR's Weekend Edition. "But there's a lot to unravel."

Dexamethasone has been successful at treating inflammatory conditions like arthritis and asthma. The research team behind the trial wanted to figure out whether the drug could also alleviate lung inflammation in COVID-19 patients.

"Many of us would like to see the peer review paper to understand how these people were randomized, who was not randomized. That's important to know," Lyke said.

But, in a world not pressured by a pandemic, a legit vetting process like that can take years, said Lyke. And she worries that a hasty embrace of the drug could do more harm than good.

"People really want to get results out quickly," she said. "But at the same time, if things are released too early or there's harm that occurs from the intervention, that really erodes public trust."

Lyke said researchers need to be mindful to avoid a scenario where, as was the case with the drug hydroxychloroquine, a treatment is championed before it has a chance to stand up to strict scientific scrutiny.

That wasn't the first instance of confusion over messaging related to the science around the coronavirus. For example, public health officials' guidance on whether the public should wear masks initially fluctuated until the Centers for Disease Control and Prevention officially recommended face coverings in April.

Lyke acknowledged the early mixed messaging was "frustrating" for researchers and the public alike, but reminded that one line of messaging around face coverings has been consistent.

"Typically, we say that using a mask doesn't necessarily protect you. It protects other people," she said. "It's really useless if you're the only one wearing it in a crowd. It has to be the entire crowd."

In order for such evidence-based health measures to work in the fight against the coronavirus, she said, everyone has to participate.

"There's a lot of individualism in the United States, but the pandemic and the virus don't really respect the individualism," said Lyke. "I think we need to really be stepping up as a group and protecting each other."

NPR's Elena Schwartz and Ed McNulty produced and edited this interview for broadcast. Emma Bowman produced the story for Web.