Accessibility links
Saudi Arabia Announces This Year's Hajj Will Be 'Very Limited' : Coronavirus Live Updates Officials announce on Monday that this year's pilgrimage to Mecca will be restricted in size and limited to Saudi residents. In a typical year, millions of Muslims would make the journey.

Saudi Arabia Announces This Year's Hajj Will Be 'Very Limited'

Saudi Arabia Announces This Year's Hajj Will Be 'Very Limited' 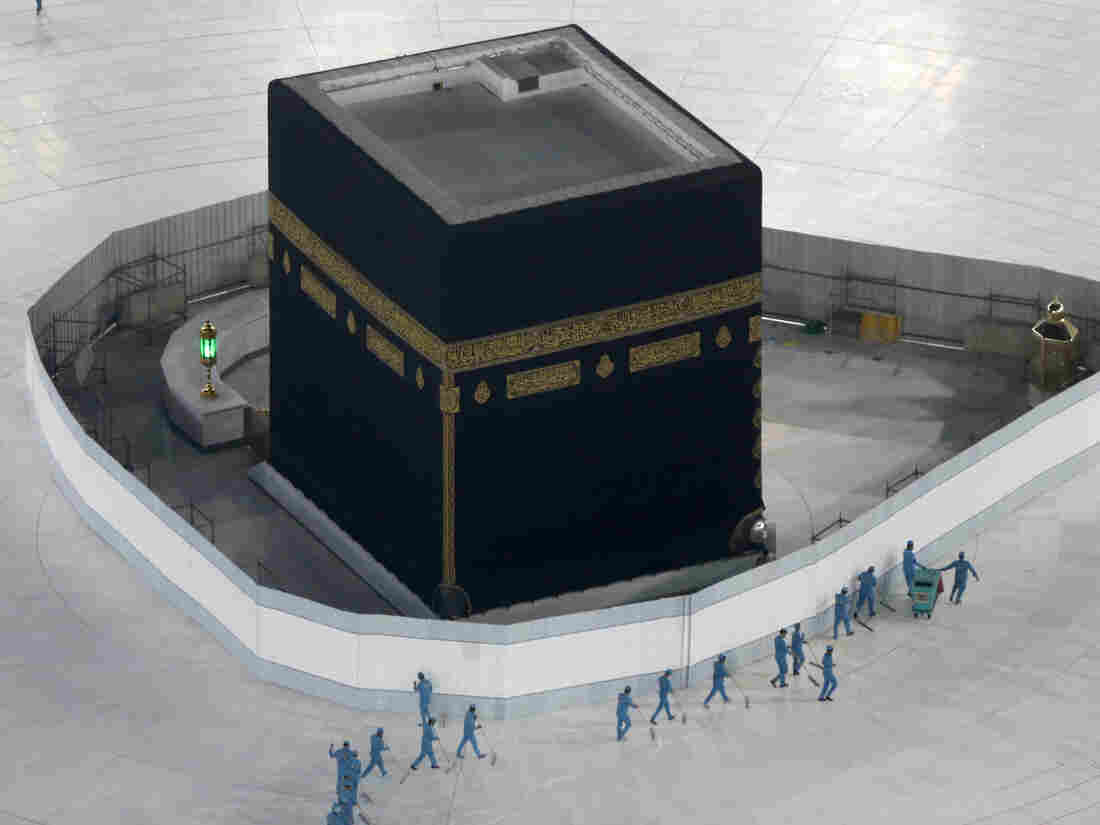 The area around the Kaaba, the cubic building at the Grand Mosque in the Muslim holy city of Mecca, Saudi Arabia, was closed and disinfected in March. Officials have announced that this year's hajj will be restricted because of the pandemic. Amr Nabil/AP hide caption 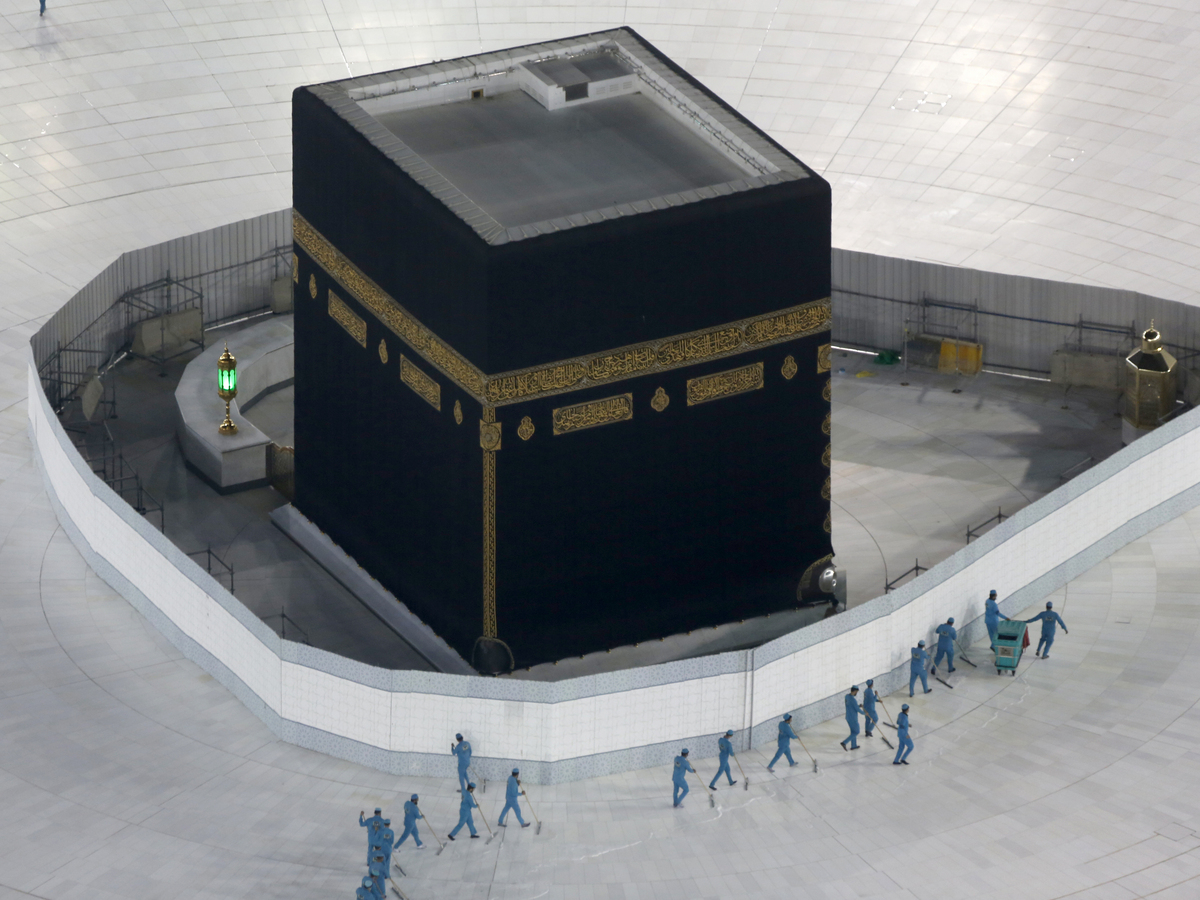 The area around the Kaaba, the cubic building at the Grand Mosque in the Muslim holy city of Mecca, Saudi Arabia, was closed and disinfected in March. Officials have announced that this year's hajj will be restricted because of the pandemic.

Countries around the world have placed restrictions on public gatherings, and Saudi Arabia said on Monday that this year's hajj is no exception. Officials announced in a statement that the pilgrimage, which is set to begin at the end of July, will be "very limited" in size and restricted to Saudi residents only.

The Ministry of Hajj and Umrah cited the lack of an available vaccine and the risks of crowded gatherings.

"This decision is taken to ensure Hajj is performed in a safe manner from a public health perspective while observing all preventative measures and the necessary social distancing protocols to protect human beings from the risks associated with this pandemic and in accordance with the teachings of Islam in preserving the lives of human beings," the statement said.

Millions of Muslims typically make the pilgrimage to Mecca every year, with nearly 2.5 million doing so in 2019. The hajj is one of Islam's most important religious requirements as well as a major source of revenue for Saudi Arabia.

Saudi Arabia and other nations had already taken steps to limit the number of pilgrims traveling to Mecca this year.

In March, Hajj Minister Mohammed Banten asked Muslims to delay finalizing their plans "until the situation is clear." The country also suspended all visits to Mecca and Medina for the umrah pilgrimage, which can be performed year-round.

Indonesia and Malaysia, which send a combined total of about a quarter-million Muslims to the hajj annually, both announced earlier in June that they would be canceling this year's pilgrimage out of health concerns for travelers.

"The government of the Custodian of the Two Holy Mosques is honored to serve millions of Hajj and Umrah pilgrims annually and it confirms that this decision stems from the top priority it accords maintaining the safety of pilgrims on its land until they depart to their home countries," according to the statement.

Saudi Arabia maintains a 24-hour curfew in Mecca, although it ended curfews imposed in March in most towns and cities.

Certain rules and restrictions remain in place throughout the country as the virus continues to spread: As of Monday, the Ministry of Health reported more than 161,000 coronavirus cases.