Barcelona Opera Reopens With An Audience Of Plants

Barcelona Opera Reopens With An Audience Of Plants 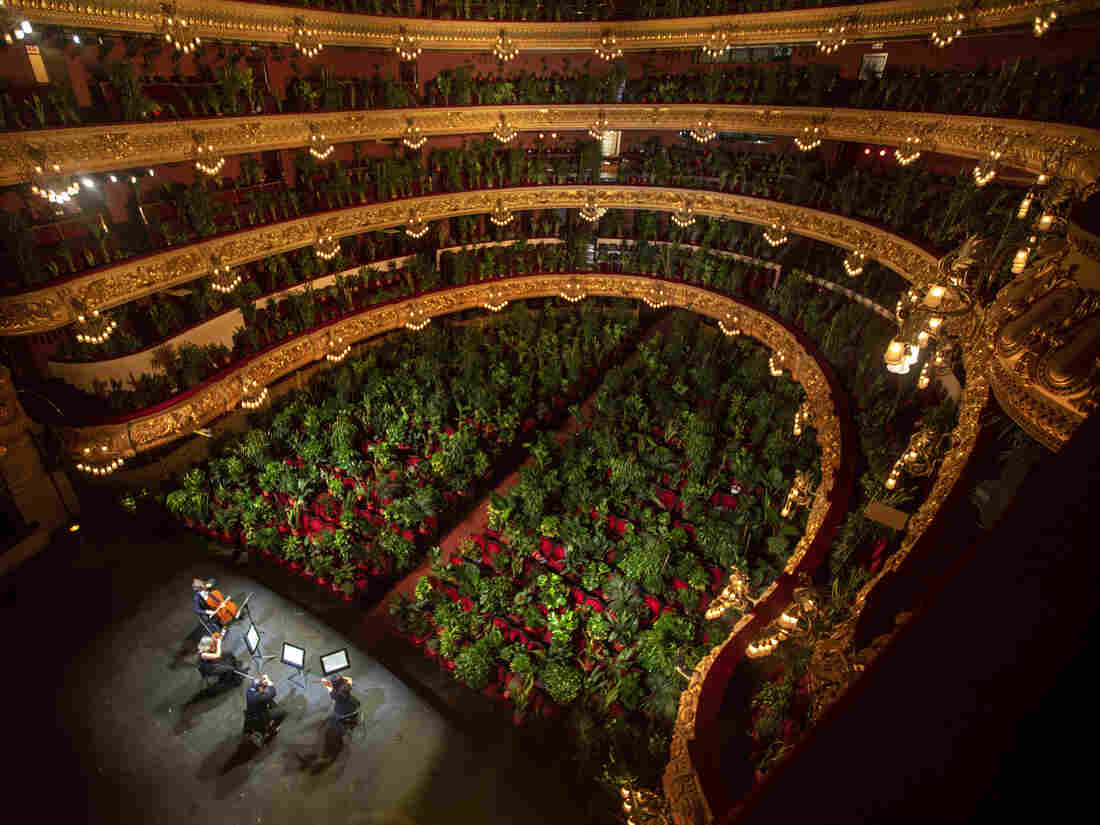 The Gran Teatre del Liceu in Barcelona filled its nearly 2,300 seats with plants for a June 22 concert, which was also broadcast online. Emilio Morenatti/AP hide caption 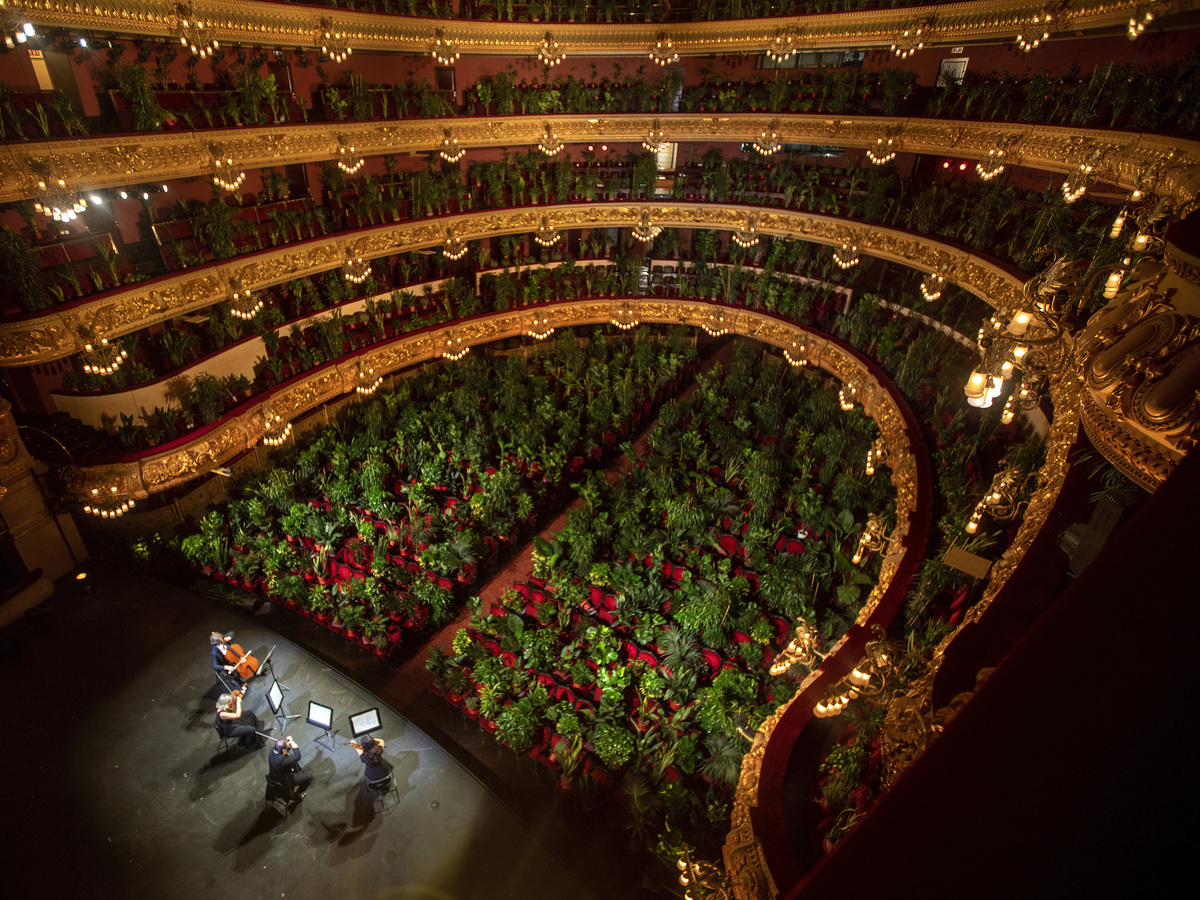 The Gran Teatre del Liceu in Barcelona filled its nearly 2,300 seats with plants for a June 22 concert, which was also broadcast online.

When Barcelona's Liceu opera opened on Monday for its first concert since mid-March, it did so to a full house — of plants.

The Gran Teatre del Liceu filled its 2,292 seats with plants for a performance by the UceLi Quartet, which it called a prelude to its 2020-2021 season. The string quartet serenaded its leafy audience with Giacomo Puccini's "Crisantemi" in a performance that was also made available to human listeners via livestream.

"After a strange, painful period, the creator, the Liceu's artistic director and the curator Blanca de la Torre offer us a different perspective for our return to activity, a perspective that brings us closer to something as essential as our relationship with nature," according to a release on the Liceu's website.

The plants came from local nurseries and will be donated along with a certificate from the artist to 2,292 health care professionals, specifically at the Hospital Clínic of Barcelona.

Organizers wrote that they wanted to recognize the work of health care providers, who have served "on the toughest front in a battle unprecedented for our generations."

Spain ended its national state of emergency on Sunday, lifting a lockdown that had been in place for three months. According to the country's phased-in reopening plan, establishments such as theaters and cinemas can operate with capacity restrictions. The venue's statement addressed this gradual return to a new normal.

"[The Liceu] welcomes and leads a highly symbolic act that defends the value of art, music and nature as a letter of introduction to our return to activity," it read.