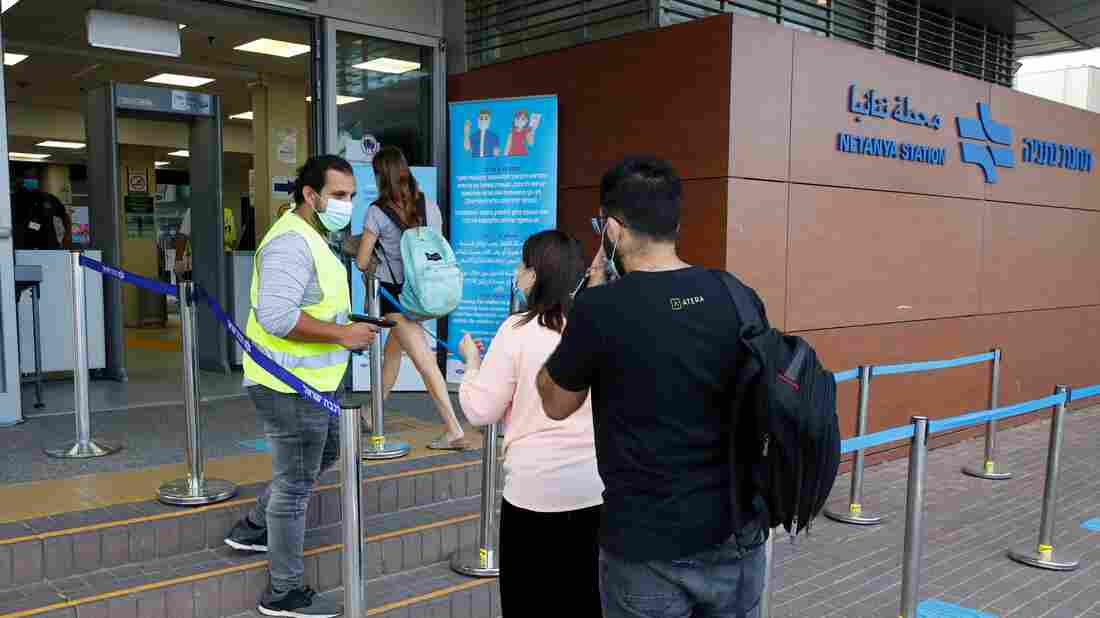 Passengers have their temperature checked before entering a railway station in the Israeli coastal city of Netanya on June 22. Jack Guez/AFP via Getty Images hide caption 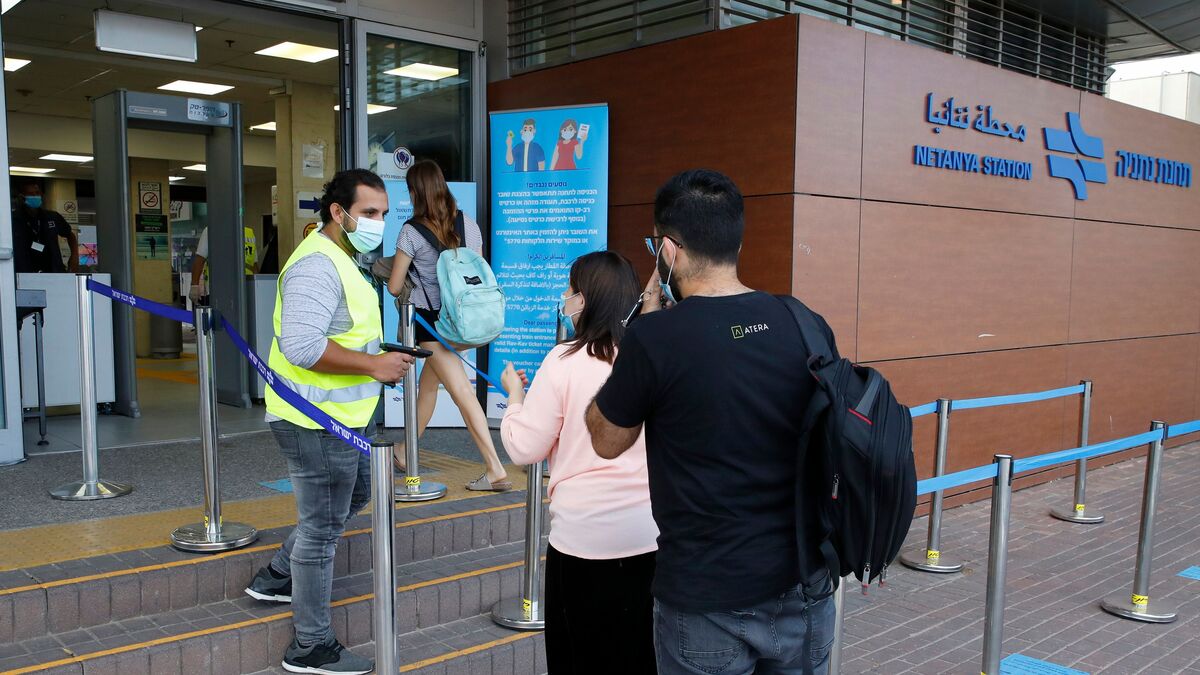 Passengers have their temperature checked before entering a railway station in the Israeli coastal city of Netanya on June 22.

As Israel faces a new surge of coronavirus cases, Prime Minister Benjamin Netanyahu is pushing to restart a controversial cellphone contact-tracing program put on hold this month. But the spy agency that ran the surveillance doesn't want to do it again.

From March to May, the Shin Bet domestic intelligence agency tracked Israelis' cellphone location data and notified those who may have crossed paths with a coronavirus carrier to self-isolate at home. To do so, the agency employed counterterrorism technology it usually uses to spy on Palestinians.

Israeli lawmakers raised privacy concerns and the Supreme Court halted the program, ruling that a law must be passed for it to continue.

On Sunday, Shin Bet chief Nadav Argaman pleaded with Cabinet ministers not to compel his agency to resume the surveillance. He cited the technologies used in counterterrorism operations in his argument against legislating the program, according to Israeli Channel 12 News, which obtained a leaked recording of the Cabinet meeting. The spy chief offered to train a civilian-managed contact-tracing program, which he said could be effective at tracking hundreds of virus cases.

But Netanyahu convened his government Wednesday to urge lawmakers to pass a law enshrining the Shin Bet's surveillance program. The measure passed an initial vote in parliament later in the day. It's unclear when a final vote will happen.

Netanyahu has acknowledged the privacy concerns but argues that the health threat level justified the measures. He has said the Shin Bet's expertise is needed for at least several weeks until a civilian-built cellphone app in development is ready to launch.

A leading Israeli technology and privacy rights expert, Tehilla Shwartz Altshuler of the Israel Democracy Institute, said a contact-tracing app already exists — Hamagen, which a million Israelis have downloaded voluntarily — and its more advanced version could be operational within one week. She said the Shin Bet program is intrusive and undemocratic.

"Using the secret service to use mass surveillance of the population is very, very extreme, unprecedented, and puts Israel, I would say, among the nondemocracies," Shwartz Altshuler told NPR.

She said data published on the Shin Bet's surveillance program show fewer than 3 out of every 10 positive virus cases were successfully detected, in part because the technology is less effective at tracking subjects indoors.

Israeli officials have looked to replicate mobile apps developed in Europe that use Bluetooth to identify when a person comes in contact with a virus carrier, without governments collecting users' cellphone data. Shwartz Altshuler said such apps are only effective if half of the country's population uses them.

Israeli officials have also proposed Bluetooth-enabled wristbands for the estimated 3.6 million Israelis who do not carry cellphones.

Sami Sockol contributed to this story from Jerusalem.