Accessibility links
EU Could Bar U.S. Travelers Due To Ongoing Rise In COVID-19 Cases : Coronavirus Live Updates Chief among the criteria for easing restrictions on foreign travelers: The epidemiological situation in their home countries "should be as good as or better than in the EU," a spokesperson tells NPR. 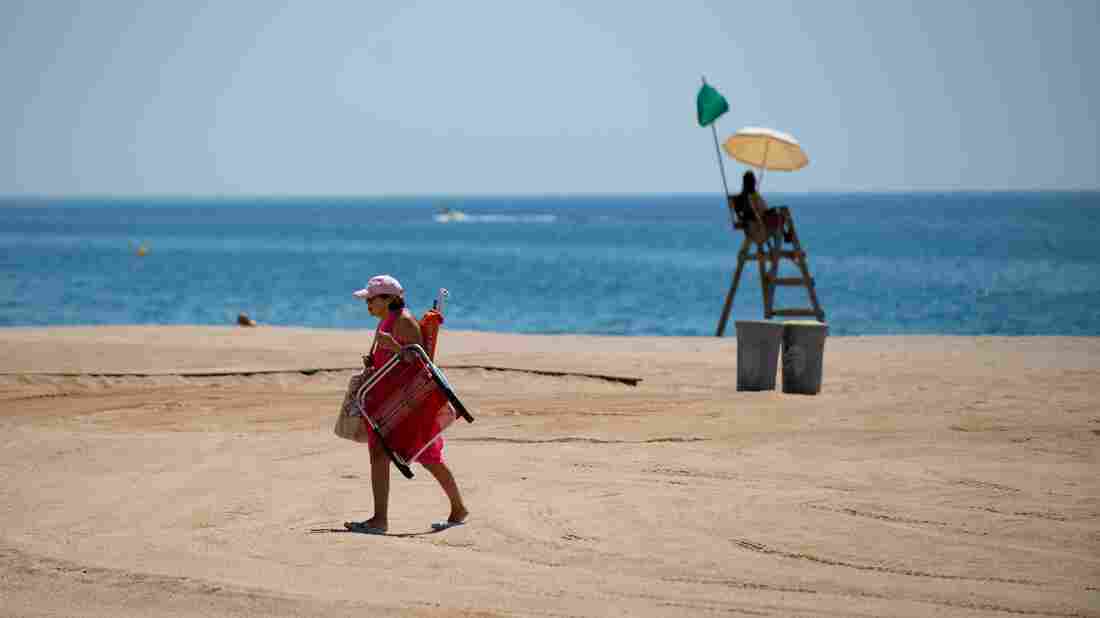 A woman passes a lifeguard this week on the beach in Lloret de Mar, Spain. The European Union is considering which countries should be allowed to send tourists to its member nations as travel restrictions begin to ease in the pandemic. Josep Lago/AFP via Getty Images hide caption 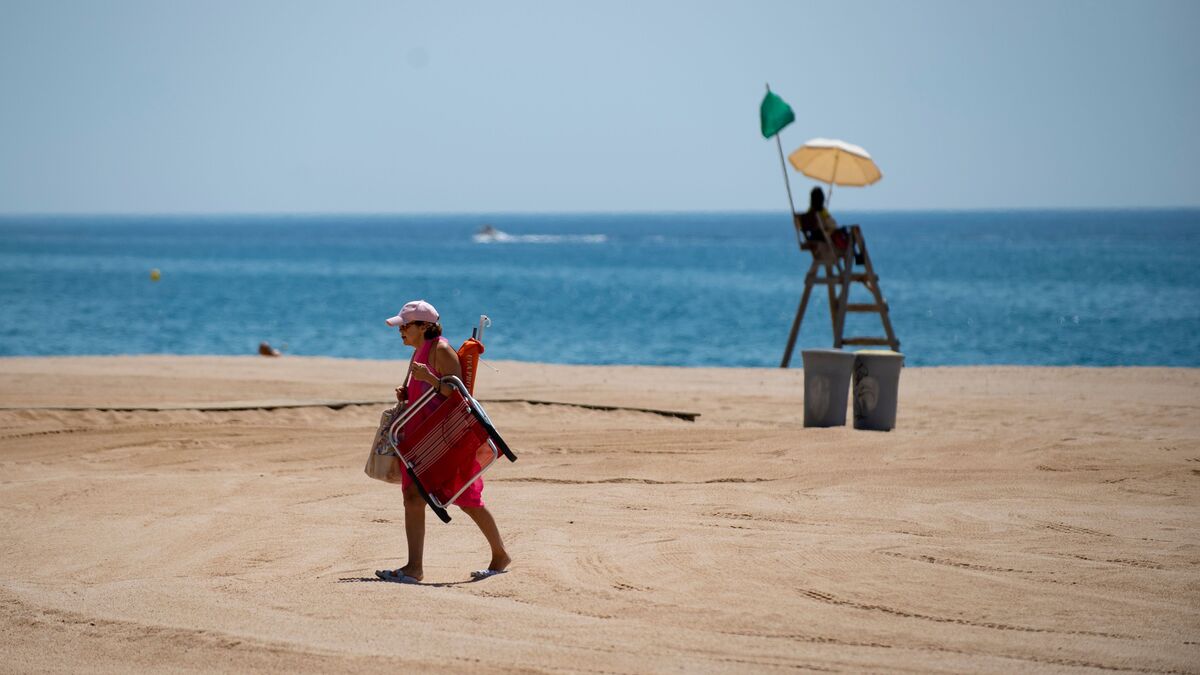 A woman passes a lifeguard this week on the beach in Lloret de Mar, Spain. The European Union is considering which countries should be allowed to send tourists to its member nations as travel restrictions begin to ease in the pandemic.

The European Union is making a list of countries whose travelers will be allowed to visit this summer — and for now at least, the U.S. doesn't seem likely to meet the criteria based on its recent coronavirus numbers.

The United States has the most cases of any country in the world, and many states are reporting sharp rises in new cases as they ease shutdown orders.

The EU plans to begin lifting its travel restrictions on July 1 in a move that could salvage part of the summer tourist season. Its member nations are now discussing how to open the bloc to travelers without risking a new outbreak, and the list of preferred countries is a central part of those talks.

Chief among the criteria: "the epidemiological situation in a given country, which should be as good as or better than in the EU," a European Commission spokesperson told NPR.

As of last week, the notification rate for new coronavirus cases in the EU and the U.K. "was 82% lower than at the peak on 9 April 2020," the European Centre for Disease Prevention and Control said in its most recent weekly report.

In contrast, the U.S. recently reported more than 32,000 new cases on two consecutive days – something that hadn't happened since April 11, according to data from the U.S. Centers for Disease Control and Prevention.

The European Commission set the framework for a selective list of countries this month when it said all 27 member states should agree to one set of criteria to allow visitors from outside countries. The EU's current goal is to finalize the list before it lifts restrictions in one week.

Once the EU travel list is final, the bloc would revise it on a regular basis, to reflect changing circumstances as countries grapple with the pandemic that has now left some 9.3 million people infected worldwide, including more than 2.3 million in the United States.

Jean-Baptiste Lemoyne, French minister for Europe and foreign affairs, is one of the European officials negotiating the travel list — a process he described on French radio as "very intense work."

Lemoyne said Europe had mostly gotten the epidemic under control and that France was ready to roll out the welcome mat to other Europeans. But he said the EU could not risk letting visitors in from countries where the virus is still rapidly spreading.

The EU checklist for deciding which nations should enjoy relaxed travel restrictions looks at several key factors, from the recent number of new infections to the overall trend in cases. It also takes into account a country's response to the coronavirus through testing, surveillance, contact tracing, containment and treatment.

Details about what metrics the EU might use — such as time frames or per capita rates of spread — are not yet known. On Wednesday, U.S. Secretary of State Mike Pompeo said he believes the United States and its European allies will be able to work out an arrangement.

"We've been working with them for quite some time on this," Pompeo said at a press briefing. "I am confident that we will find a set of conditions that create sufficient health and safety protections" and still allow travel.

Travel between the U.S. and Europe has been a source of contention during the pandemic. When President Trump abruptly announced a travel ban on 26 European countries (exempting the United Kingdom) about three months ago, the EU publicly registered its disapproval, saying it had not been warned. The U.S. ban also triggered chaos at airports as people scrambled to make last-minute arrangements.

The coronavirus has been raging in many parts of the U.S., where several populous states, including Texas, California and Florida, have reported record high numbers of new cases. Over the past 14 days, the U.S. has reported 367,172 new cases — second only to Brazil's 406,403 cases, according to the European Centre for Disease Prevention and Control.

In addition to concerns about controlling the coronavirus, the checklist could also wind up barring the U.S. because it calls for a reciprocal relaxing of travel restrictions toward all EU countries. The U.S. currently bars most travelers from European countries.

The dearth of U.S. visitors to Europe is already dealing a financial blow to the travel and tourism industry. Last year, roughly 2 million or more Americans visited Europe in each month from May through September, according to the U.S. National Travel & Tourism Office.