Accessibility links
Parties — Not Protests — Are Causing Spikes In Coronavirus : Coronavirus Live Updates Erika Lautenbach, director of the Whatcom County Health Department in Washington state, says protests against police violence aren't among the catalysts for the spread of COVID-19. 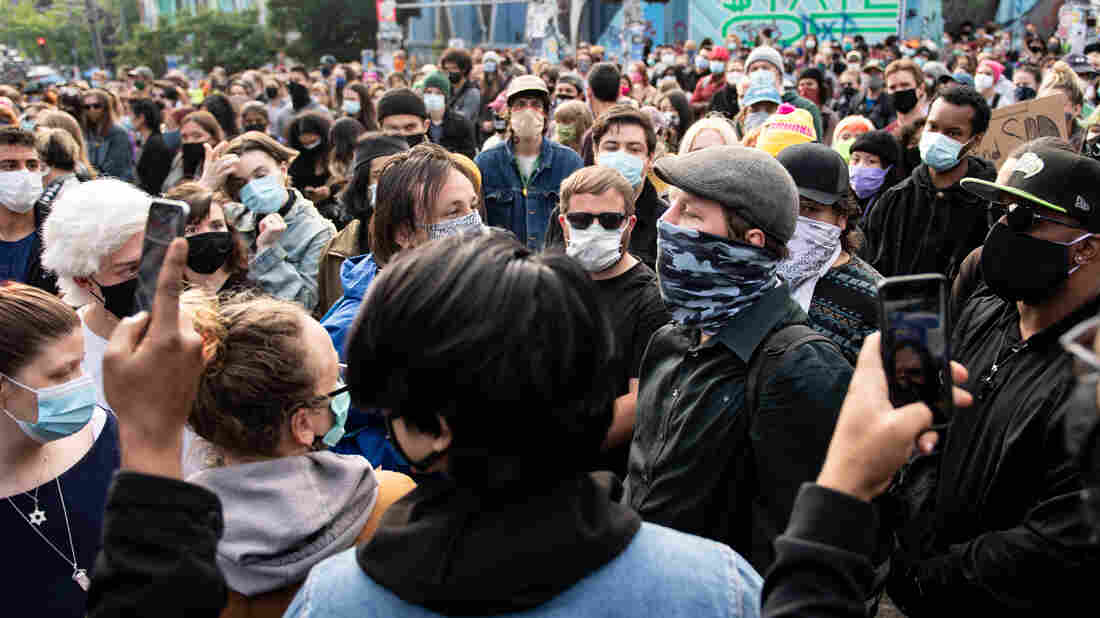 A man carrying a brick is confronted by protesters inside the Capitol Hill Organized Protest in Seattle on June 14. Noah Riffe/Anadolu Agency via Getty Images hide caption 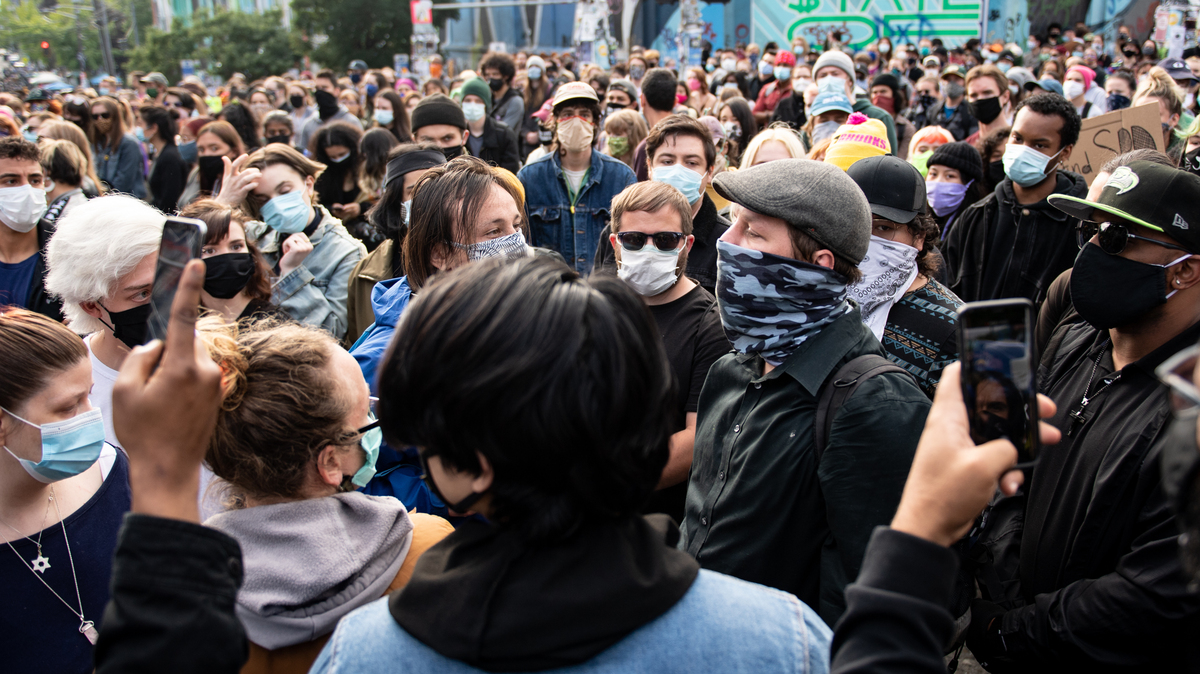 A man carrying a brick is confronted by protesters inside the Capitol Hill Organized Protest in Seattle on June 14.

As the U.S. begins to open back up, coronavirus clusters — where multiple people contract COVID-19 at the same event or location — are popping up all over the country. And despite drawing massive crowds, protests against police violence and racial injustice in Washington state weren't among those clusters.

"We did have a rally in Bellingham, which is our county seat, and there was also a protest, and we have not been able to connect a single case to that rally or to the protest, and what we're finding is in large part that's due to the use of masks," Erika Lautenbach, the director of the Whatcom County Health Department in Washington State, tells NPR's All Things Considered. "Almost everyone at the rally was wearing a mask, and it's really a testament to how effective masks are in preventing the spread of this disease."

But protests just aren't spreading the disease in the same way, Lautenbach says.

"We're finding that the social events and gatherings, these parties where people aren't wearing masks, are our primary source of infection," Lautenbach says. "And then the secondary source of infection is workplace settings. There were 31 related employers just associated with that one party because of the number of people that brought that to their workplace. So for us, for a community our size, that's a pretty massive spread."

And much of that spread, Lautenbach says, is affecting young people.

"We have seen almost a near flip in the cases that we're experiencing," Lautenbach says. "So in April of this year, we were really struggling with long-term-care outbreaks. And so about 3 out of 4 people were over the age of 30 and really pretty heavily skewed to 60-plus. And by contrast, in June, we're seeing that now 2 out of 3 people that have contracted this disease are under 29."

That trend is mirrored in Florida, where the median age for COVID-19 patients dropped from 65 years old in March to 37 in late June. Dr. Cheryl Holder, an associate professor at Herbert Wertheim College of Medicine at Florida International University, says that's partly because young people are getting exposed more.

"It's really basically who gets exposed," Holder tells Morning Edition. "If you look who is staying in and following the guidelines, [it's] older people who are at risk. The older folks got [the message]; the young people, not so much."

"The concern is that because these younger people are having more mild symptoms, they are going to work sick, they are visiting with their parents and grandparents sick and they're continuing to go to social events where they expose more and more people," Lautenbach says. "So when we think about that web of spread, that web just grows and grows and grows."