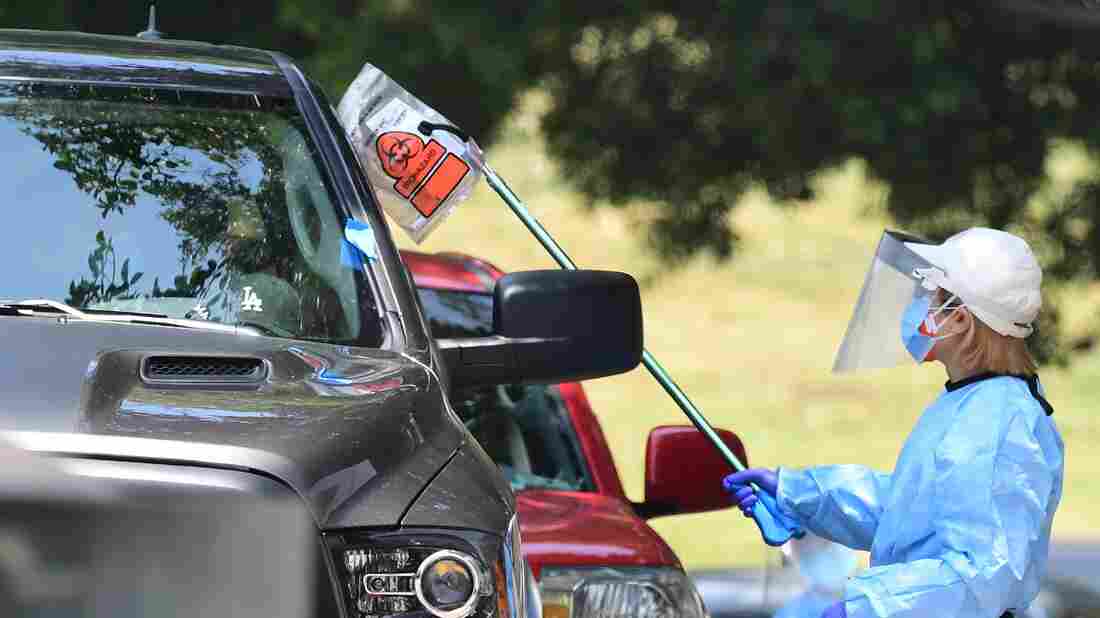 A coronavirus test kit is handed to a driver in a vehicle at a testing site in Los Angeles on Wednesday. Frederic J. Brown/AFP via Getty Images hide caption 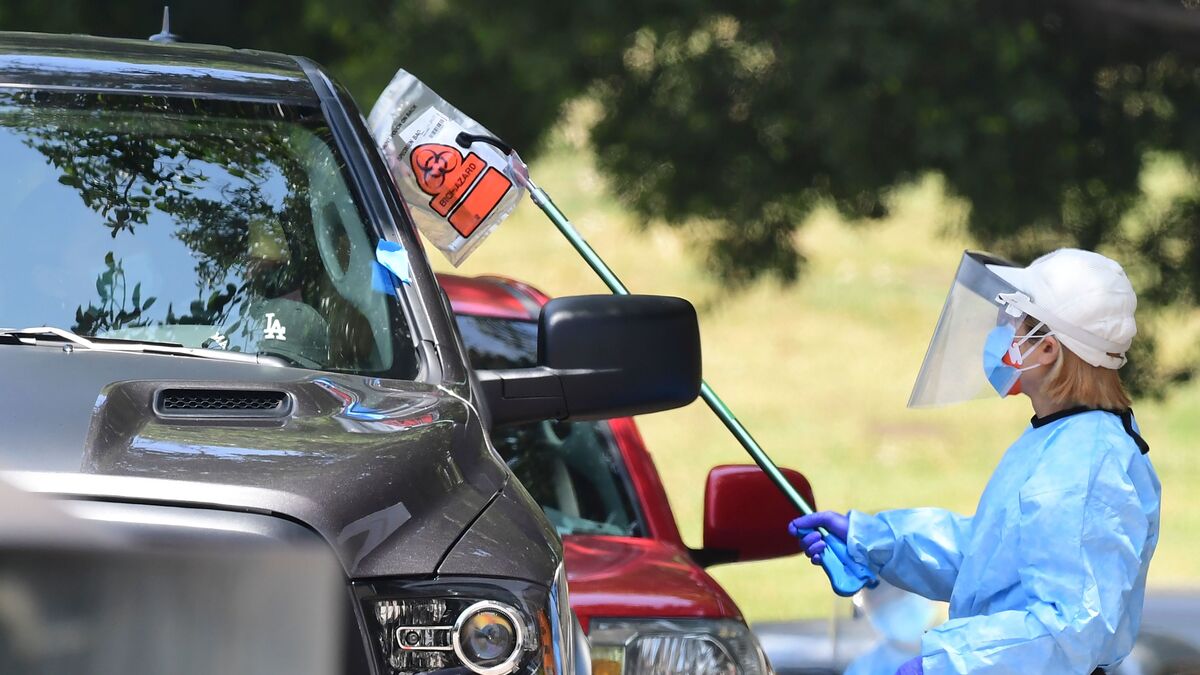 A coronavirus test kit is handed to a driver in a vehicle at a testing site in Los Angeles on Wednesday.

The Trump administration is defending plans to close 13 federally run coronavirus testing sites in five states at the end of the month.

The testing sites are located in Colorado, Pennsylvania, Illinois, New Jersey and Texas. They are the last of 41 federally operated testing sites.

Federal officials say the sites have been closing or transferring to state or local control because it's more efficient to run testing that way. In other instances they argue there are readily available testing sites nearby.

The move comes as President Trump has repeatedly blamed the rise in coronavirus cases on the expansion of testing, despite evidence that the virus is spreading rapidly in many parts of the country and leading to increased hospitalizations.

In a tweet Tuesday, the president said, "Cases are going up in the U.S. because we are testing far more than any other country, and ever expanding. With smaller testing we would show fewer cases!"

Taking A Trip To Visit Grandparents Or Older Relatives? Tips To Reduce The Risk

At a campaign event in Tulsa, Okla., Trump said that he had instructed officials to slow coronavirus testing across the country in order to give the appearance of a decline in the pandemic.

Critics at the state and federal levels say the shutdowns are a dangerous idea as infections are surging in many states and testing remains scarce in some places. Health officials are especially concerned about the repercussions of the closures in Texas, where seven of the sites are located, the infections are rising quickly.

"The pandemic is clearly getting worse in states nationwide—and instead of trying harder to stop it, President Trump is apparently trying harder to hide it," U.S. Sen. Patty Murray, D-Wash., said in a statement Wednesday.

Murray is the ranking member of the Senate Health, Education, Labor, and Pensions Committee. On Sunday, she and Sen. Chuck Schumer, D-N.Y., wrote to the administration urging it to disburse nearly $14 billion for testing and contact tracing provided by Congress.

"It's completely unacceptable that while billions in federal dollars Congress passed to support testing sit unspent, this Administration is closing testing sites in states where new COVID-19 cases are rapidly on the rise," she added.

Murray called on Trump to reverse the decision immediately.